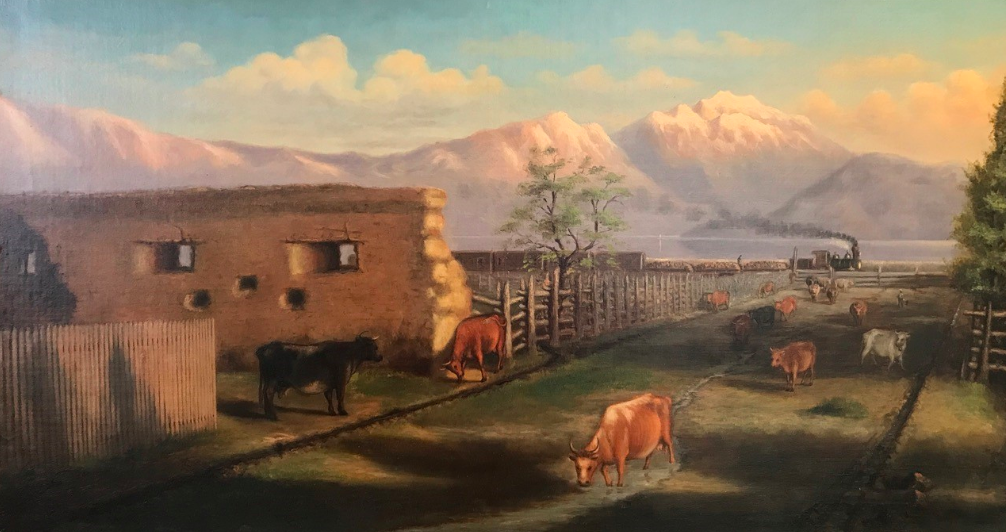 Lehi was one of the earliest cities settled in the Territory of Deseret, but there were others who visited this beautiful valley many decades before 1847.

Just three weeks after the signing of the Declaration of Independence, an exploring party of Catholic Spanish monks, under the direction of Francisco Antanasio Dominguez, and Silvester Velez de Escalante, entered the valley looking for a shorter route between Santa Fe and California. Their wanderings took them through western Colorado and eastern Utah and finally brought them down the Provo River in Utah Valley.  They were, however, not the first group to occupy the land around present-day Lehi .

Recent archaeological findings in Utah suggest that ancient inhabitants were here as long ago as 7,000 BC. The ancient Anasazi Indian tribes came into southern Utah nearly two thousand years ago. The Anasazi and later Fremont Indians dominated present-day Utah as far north as the Point of the Mountain. These tribes mysteriously disappeared after almost 1,300 years. The ancient ancestors of the Shoshone and Bannock tribes occupied the areas north of the Point of the Mountain.

Evidence of these tribes has been found in the area. For instance, many Lehi old-timers found arrow heads, stone mills, and other weapons and utensils near springs and other meeting places. Native American collections were prized among the early settlers in Lehi, and some can be found in the Hutchings Museum.

Native Americans who lived in the Lehi area were suspicious of the settlers because they feared supplies of fish and game might be depleted. The natives called the settlers, “fish eaters.” The new settlers used seines, (nets with floats at the top and weights at the bottom) and would catch thousands of pounds of fish.

Livestock and horses were sometimes stolen by the Timpanogos Indians and the settlers finally ended their frustration in a confrontation which occurred in February of 1849, near what is now called Battlecreek in Pleasant Grove. Troubles with natives increased as they realized the settlers were here to stay. Several conflicts resulted including the Walker War (named after Chief Walker (Wakara), the Tintic War and the Goshute War. The final, most bloody war was the Black Hawk War, which ended in 1868, but even after that unhappy Native Americans would engage in minor skirmishes.

Lehi’s history is rich and diverse. A trip to the Hutchings Museum or Lehi City Archives provides invaluable information in learning about Lehi’s past.

Information for this article was gleaned from Pioneer, The Settlement of Utah County, Part One, published by the Sons of the Utah Pioneers, and a booklet, called “Historic Lehi, published in the interest of tourism by the Lehi Historical Commission, the Lehi Chamber of Commerce and Utah County Travel Council,” by Carl Mellor. Other information came from Richard Van Wagoner, Lehi Portraits of a Utah Town.