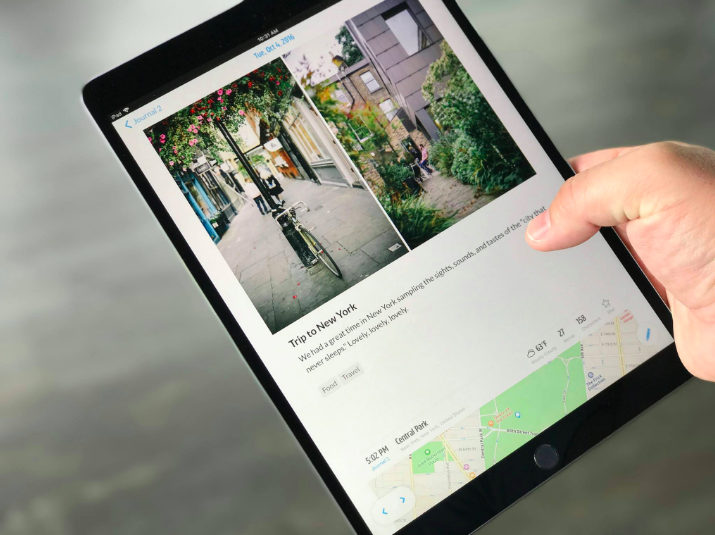 The idea for journaling on the go percolated in Paul Mayne’s mind for a while before it became a reality in his award-winning app Day One Journal. “It was something I just wanted for myself. As my children were learning how to speak and saying funny things, I didn’t always catch that on video and I wanted a place to write it down,” remembered Mayne. “I wanted to capture these moments and revisit them the way you would a photo album.”

Since Day One launched on the iOS and Mac App Stores in 2011, it has been downloaded more than ten million times, won Editor’s Choice, App of the Year and Apple Design Award. “There was no obvious place to capture things on my computer and phone that were all synced up together,” Mayne continued.

In researching and creating his app, Mayne discovered the many advantages of keeping a journal. “Whether it’s personal or work-related, getting things out of your head and writing them down whether you revisit them or utilize them later or not is so powerful,” he said. Scientific studies have proven that journaling reduces stress, keeps memory sharp and even improves immune function.

“Journaling gives me clarity of thought. I’ll have an idea during the day, and I’ll write it down and then look at it again at the end of the day when I can think through it more and expand on it,” Mayne explained. “It’s been good for me in my personal life and building this business. I find that I’m more grateful for the little moments. Having a sense of gratitude enhances a person’s life in a great way.”

Mayne’s simple, well-designed app immediately appealed to users. The number of downloads and purchases increased steadily until Mayne realized he could put all his time and energy into Day One and make his living. He added a few employees a year to his Lehi offices, maintaining and servicing the app and always making improvements. After ten years of owning and operating Day One, Mayne sold it to Automattic last month. He will continue to operate and manage the company. “Automattic saw what we were building and wanted to take us to the next level,” said Mayne.

“There’s a lot of room for innovation within this idea of journaling,” Mayne explained. Record keeping on the Day One app can be as simple as a sentence, or users can include map views, weather, video, audio recordings and photos. Entries can include drawings using the Apple Pencil, too. There’s an option to make your Day One journal into a hard or soft-cover book.

Mayne and the Day One team hear positive feedback from users every day, maintaining a 4.8 out of 5 rating for years. “We hear incredible stories from people whose lives have been impacted for the better because of Day One,” said Mayne.