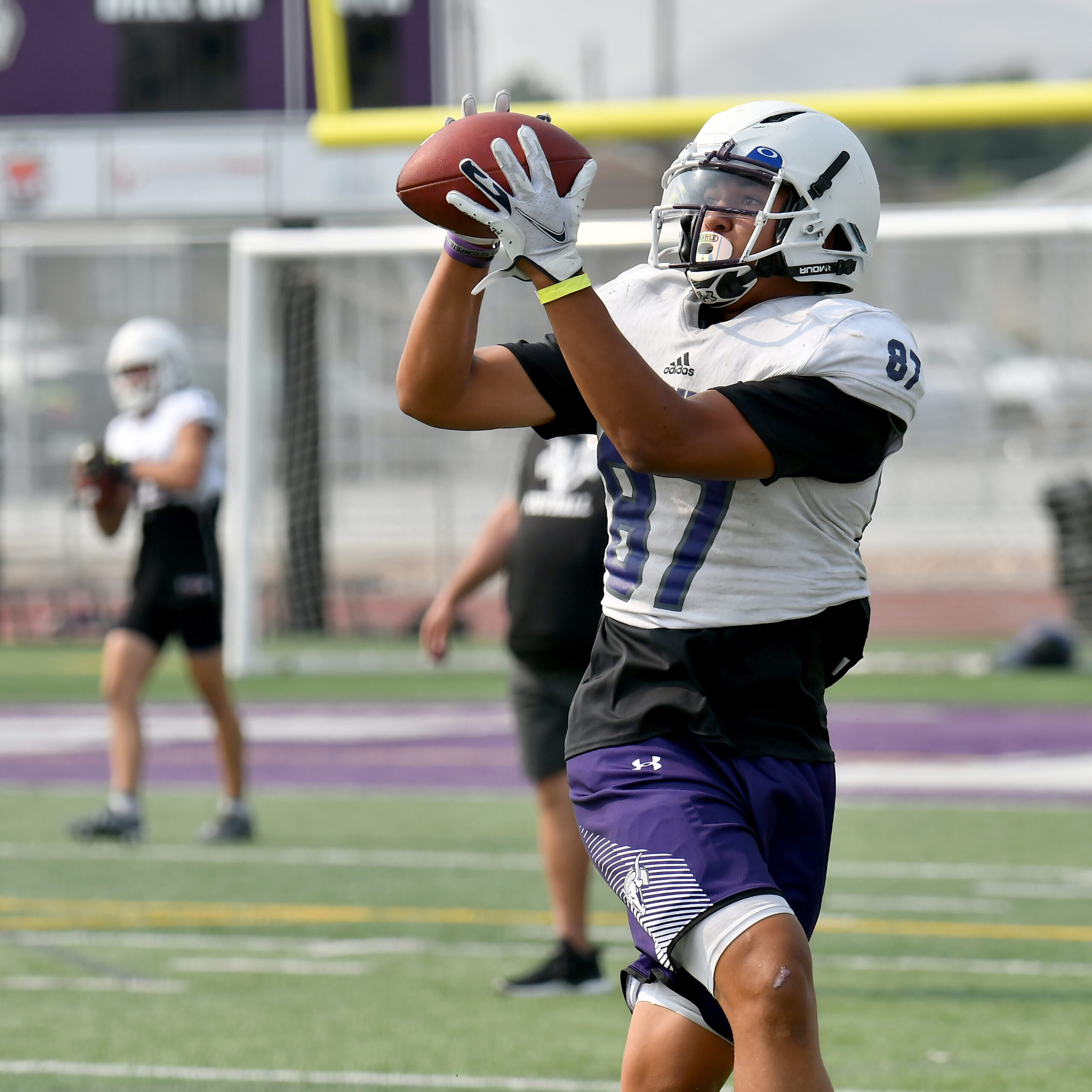 The Lehi High School football team left too many points on the field to outlast a determined late effort by host Davis and bowed to the Darts 21-14 in overtime on Aug. 13.

Late in the first quarter, the Pioneers missed a field goal attempt. The Darts answered with their first touchdown early in the second period to take a 7-0 lead.

Later in the quarter, Lehi punctuated a quick-moving drive with a 10-yard rushing score by senior running back Isaac Mills. The PAT by senior Zane Goodrich knotted the tally at seven apiece.

The defense held on the next Davis possession, and the Pioneers got the ball back at their own 44 with about three minutes left to the break.

Once again, they moved efficiently down the field and junior quarterback Jackson Brousseau connected with junior KadiyonSweat for a 14-yard touchdown with less than a minute on the clock. The Goodrich PAT made it 14-7.

Senior defensive back River Moore intercepted a Dart pass to end their final drive of the half.

With the help of a short field, Davis tied the score at 14-all with a rushing touchdown late in the third quarter. Neither team was able to break the deadlock before the final whistle, bringing on the overtime.

The Darts got the ball first and managed to get it across the goal line for a 21-14 advantage. Lehi was unable to answer on the other end and Davis got the victory.

“I give credit to Davis; they made more plays than we did,” said Lehi Coach Ed Larson. “It was two special teams mistakes that led to their 14-point comeback.

“We need to be better up front inside; we’ve got to stop thebleeding there,” the coach continued. “Offensively, we need to find kids that want to make plays. When we need to run the ball and everybody knows it, we’ve got to be able to pick up those yards. We need to toughen up our kids there.”

The Pioneers were minus-five yards in rushing for the game on 25 attempts. The passing game was reasonably effective, with Brousseau converting 30-of-44 (68%) for 264 yards. Senior wide receiver Jaxon Christensen was the leader among nine receivers with seven catches for 65 yards.

“I thought we hung in well, but we left two drives on the field that should have led to points,” Larson said. “Our offense moved well between the 20s, we just didn’t put it in. My defense played well enough to win but you have to have both to be successful.”

As a defensive back, Sweat had six tackles and four deflections and Moore had five tackles along with his pick. Sophomore defensive end Grayson Brousseau caused a fumble and junior defensive back Hank Griffin recovered one.

“The mistakes we made can be corrected,” the coach said. “We’ve just got to work hard and get back in it. Sometimes it’sgoing to take personnel changes.”

“Salem Hills is a good quality team,” Larson said. “They have aprolific offense and did a good job of stopping Pine View early on but then gave up big plays which contributed to the loss.

“They’re a well-coached team with good high school players who do what they’re supposed to do,” the coach concluded.