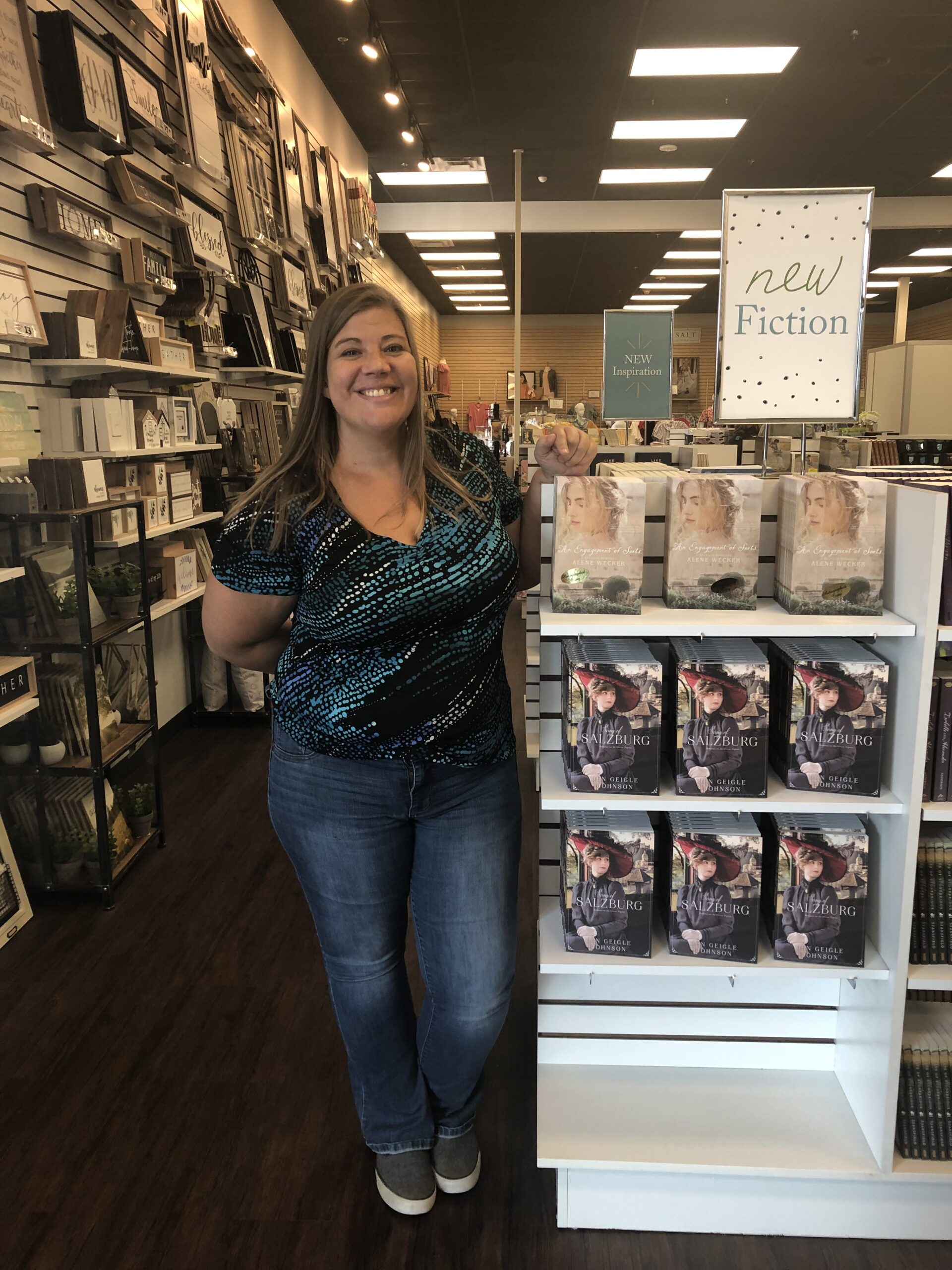 “I had read everything on my ‘To Read’ list and when I looked at book recommendations on Amazon I didn’t see anything I wanted to read,” recalled Alene Wecker. It was 2015, and Wecker was pregnant, on bedrest with her sixth baby, reading a book a day and not getting any sleep. Her husband suggested she write the story she wanted to read.

“I said, ‘That’s a terrible idea.’ Then I couldn’t stop thinking about it,” said Wecker. The details of a Jane Austen-style Regency Romance came flooding into her mind. “I knew I wanted it set in the town in England where my ancestors lived, did a bunch of research about the place and time. From there I created these characters in my head. It was a very long process for me because I wasn’t committed to writing a book, really.”

Wecker saw her writing as something to do while she was sick and bedridden. Soon she had the baby and life with six children occupied most of her time. Wecker went back to school and got a master’s degree, too. She’d work on her manuscript from time to time and after five years she finally finished it.

“I had no idea what I was doing! There are about 250 pages that got cut from the final manuscript,” Wecker continued. Characters that were meant to fall in love had “zero chemistry” and one she thought would be the main character ended up getting cut completely. “I expected my characters to do certain things, but they had minds of their own.”

Alene Wecker joined a writers’ group, a handful of women in Lehi who have been meeting for years to encourage and critique each other in their writing. “I’d bring chapters of my book and they would read them and help me with the flow and give me feedback,” Wecker explained. She also attended writing conferences and workshops.

From there, Wecker sent her manuscript to beta readers and an editor, tweaking her story based on their notes. She sent it to three publishers last year and Covenant Publishing picked up her book, An Engagement of Sorts. The release date was set for 2022, but Wecker got an email from Covenant in December that a book from their 2021 line had dropped out and they were filling it with her book.

An Engagement of Sorts is about an English girl, Anne Fletcher,in 1812 who has no interest in getting married. “All she wants to do is turn 21 and get out of the house,” said Wecker. In 1812, that means Anne will get a job as a nanny or move in with an older sibling and live as a spinster. “Unfortunately for her, she gets an offer of marriage from her friend and neighbor, who is also the vicar. She feels like he’s a brother and that’s a hard pass for her.” Anne convinces her parents to give her one year in London before the wedding and she finds love in an unexpected place.

In August, Wecker and her writer’s group met at Deseret Book to take triumphant photos next to the display of her book. “It’s kind of nerve-racking to have it out there. It’s feels like I’ve put my baby out there for an ugly baby contest. I really hope people are kind,” laughed Wecker.