Viewpoint opens on time, despite challenges 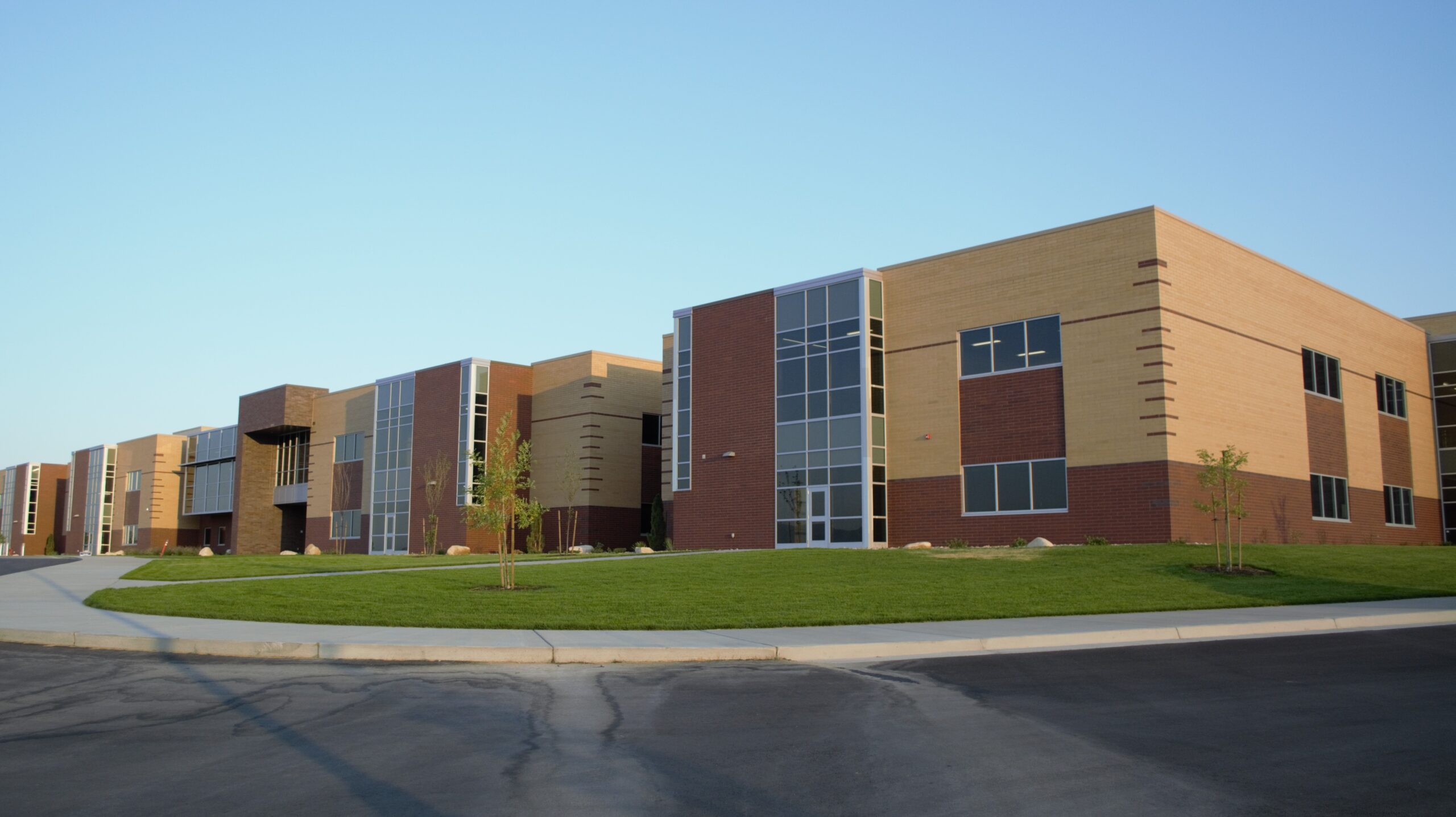 “It was crazy, but I can’t believe how quickly we were able to resolve the drop-off and pick-up lanes and parking,” said Jana Johnson, administrative secretary at Viewpoint. “Some of the rooms only had chairs, no desks.” The desks arrived after a few days.

“I get a lot of requests for a printout of their schedules,” laughed Vanessa Rubio, a secretary in the front office. A stack of school maps sits in a basket on the front desk of the office. “First and second lunch was confusing, but they’re getting the hang of it now.”

For the first two days of school, the drop-off and pick-up traffic pattern at Viewpoint caused a logjam on Timpanogos Highway. School administration worked with Lehi City to adjust the pattern for buses and cars. Principal Aaron Barth and other members of the administration stand outside to direct traffic before and after school.

The brick sign in front of the school is blank and the gym and auditorium as still under construction; secretaries and teachers are opening boxes every day. Wall mounts await flat screens that will display announcements. “We just unpack it as it comes,” said Jana Toole, another Viewpoint secretary. “It’s exciting. Every day is Christmas.”

Lunchroom tables aren’t going to arrive until October, but other schools donated tables to Viewpoint so the school could open on time. The Raptors, the mascot voted on by the public, are adjusting well to all the newness. “It’s going to be good. Everyone has a great attitude and we’re all helping each other,” added Johnson.

Johnson came from Willowcreek Middle School where enrollment was at 2,100 for the 2020-2021 school year. “I couldn’t even keep up with all the work in the Attendance Office,” Johnson remembered.

Viewpoint was supposed to grow into its spacious new building, but they’ve already got 1,700 of their 1,800 capacity, with only 25 students attending from outside school boundaries. Willowcreek is down to 1,600 students with several opting to stay and finish there instead of moving to Lehi Junior High for their final year of middle school. Lehi Junior High, the smallest of the three schools, has about 1,000 students.