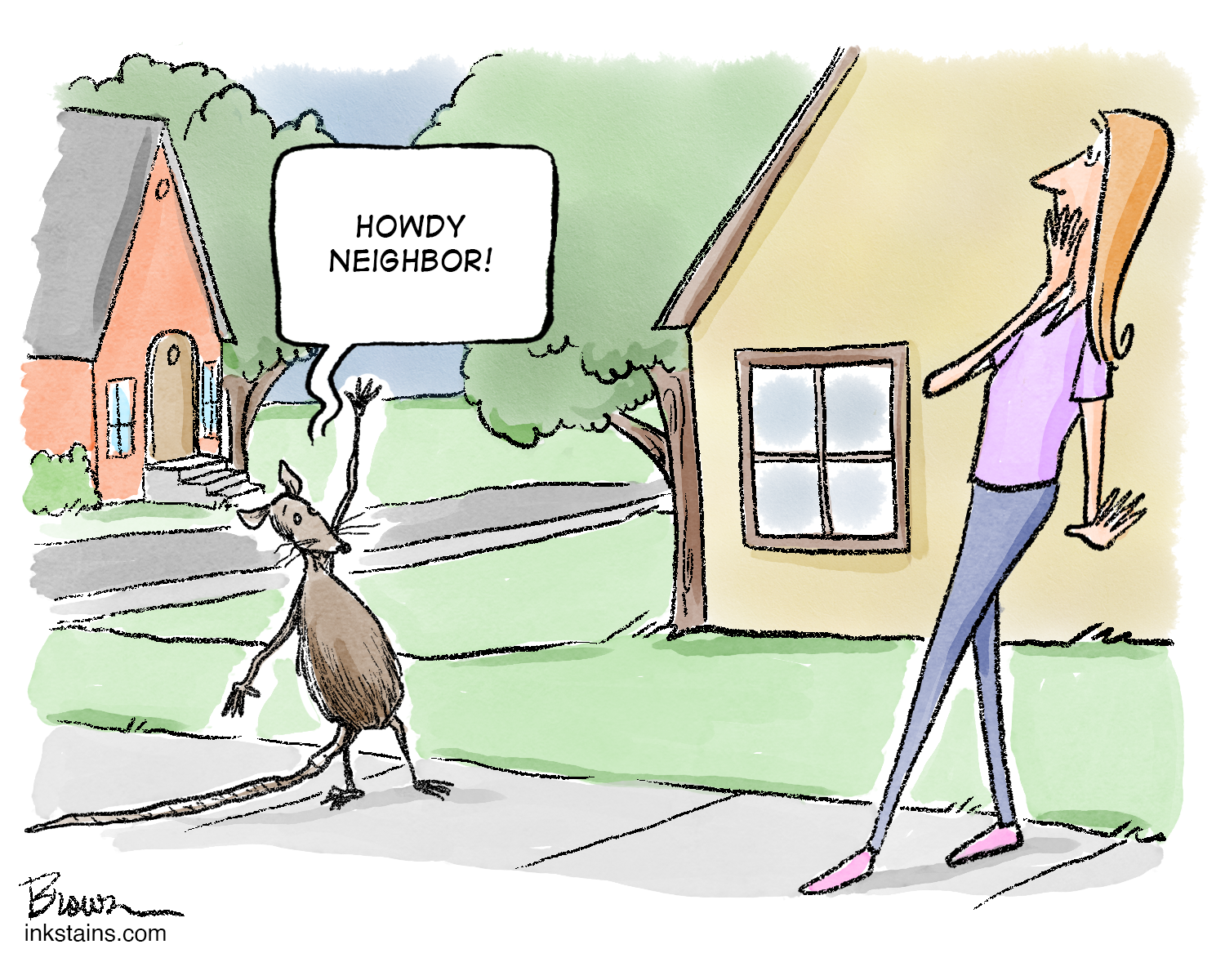 On a warm summer day in 2020, Karen Singson was in the backyard of her 150-year-old house in Lehi feeding her chickens when she met a tenant she didn’t know she had– a rat. “He was perched on my watering can and he was not scared of me one bit,” she recalled.

Where there’s one rat, there are many, and Singson soon realized rats were running across her backyard and eating through her chicken feed bag. The rats were camouflaged because they’re the same color as dirt. Singson was quick to take responsibility for unknowingly creating a rat-friendly environment with her chicken coop and a pile of construction debris, but she wondered if she was the only one.

Singson tentatively posted a question on her neighborhood Facebook page – had anyone seen rats in their yard? “So many people replied, ‘Well yeah, is this the first time you’ve seen them? You don’t have poison and traps out?’”

People living four and five blocks away from Singson had been dealing with rats for a while and most had stories to tell. Bart Miller lifted a power pole near The Church of Jesus Christ of Latter-day Saints stake center on 300 North and Center Street and said he saw at least two dozen rats scatter. Neighbors were catching rats in traps, shooting them with BB guns, pouring gasoline and poison into burrows.

“Even friends without animals and pristine yards have had rats,” added downtown Lehi resident Linda Parker.

The mild winter of 2020 meant fewer rodents hibernated and continued to breed all year. Local water sources are drying up and rats migrate to water. They especially like new housing developments next to open fields. Parker and Singson didn’t see as many rats in 2021, but they ate through Singson’s pumpkin patch last Fall.

Rats live in colonies, one male to a few females and a hoard of babies. Mice will only travel about ten yards for food, but rats are willing to go 150 to 200 yards for food and water. They can chew through wood, leather and even concrete.

Karen Singson called Lehi City for help back in 2020 and the city’s lone code enforcement officer advised her to clear away her debris pile. “I can do that, but what about my neighbors’ piles?” she wondered. Singson is an Infection Control and Prevention Nurse at Intermountain Medical Center. “Rats are a health risk. As a nurse I’ve seen too many injuries with BB guns, too. We need another code enforcement officer – for a city the size of Lehi it’s just not feasible for one person,” she continued.

To keep rats away, exterminators, code enforcement officers and health officials recommend clearing away debris where rodents can nest and hibernate. Rats are attracted to places where there is water, food meant for other animals and wood piles.