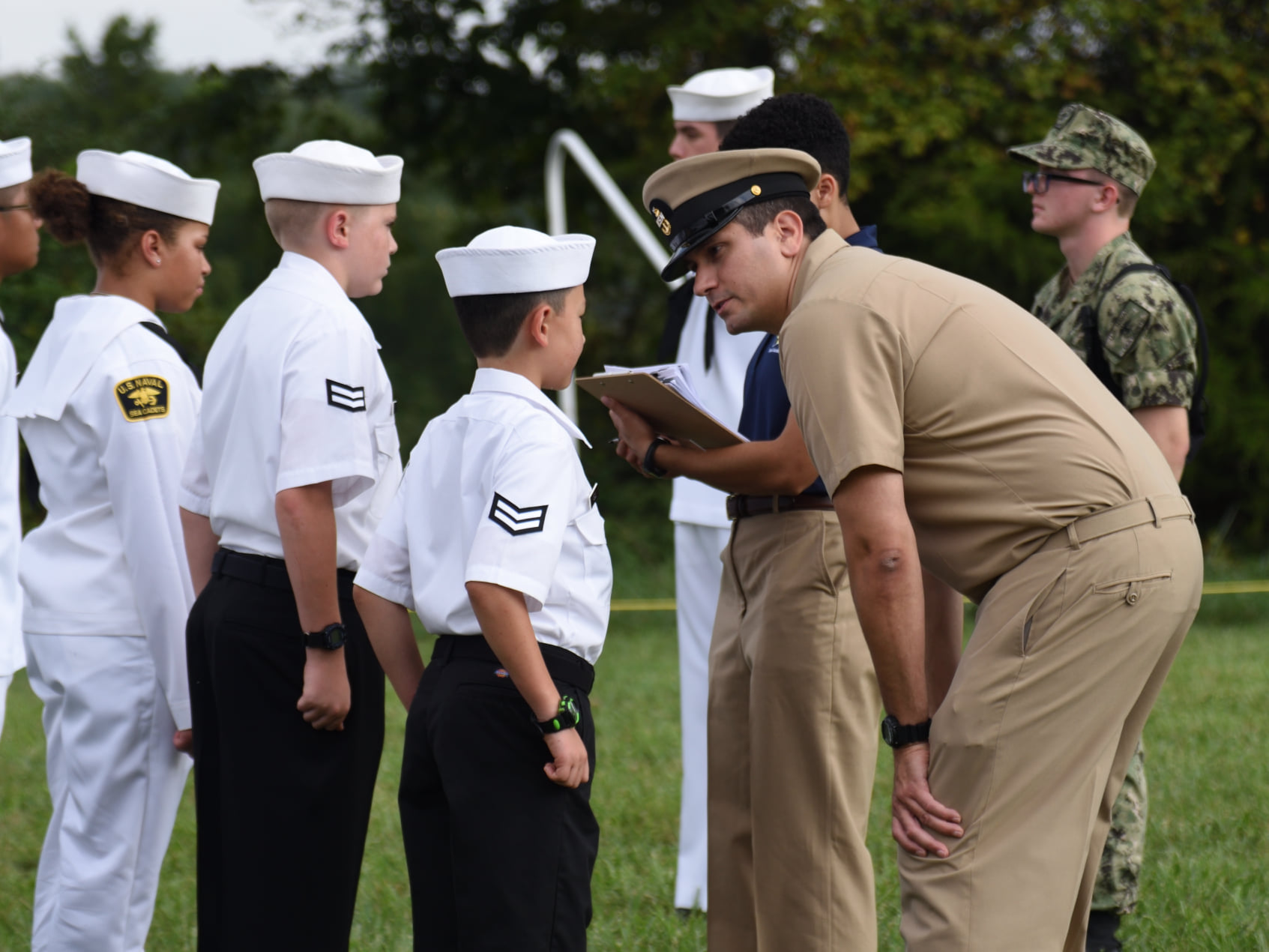 “The sea cadet program is like Boy Scouts of America on steroids,” Enfield explained. “They learn leadership and job skills. They speak before review boards. It really helps kids develop skills to be contributing members of society.”

“One of the most important benefits of the sea cadet program is that it prepares kids for life,” adds Thomas Serenko, Lukas and Anastas’s father. “It exposes cadets to career fields that they might not otherwise have considered. They learn mental toughness and self-discipline.”

Lukas Serenko attends the Utah Military Academy in Lehi and at 16, he is being promoted to Chief Petty Officer in the Major Brent R. Taylor Unit. As a cadet, Lukas has attended medical training at Central Michigan University where he learned to separate blood types and deliver babies (using plastic models). At another camp, Lukas and other cadets navigated ships, controlled fires and even abandoned ship.

“I attended the medical training as an escort officer, and it was definitely on a college level. Truly outstanding,” Thomas Serenko continued. “The trainings are pretty much limitless.”

“The trainings instill discipline and purpose. They’re wearing the uniform of Navy personnel; they represent the Navy. They don’t want to discredit the men and women who wear the uniform. It’s amazing to see them internalize that respect,” added Enfield.

Every Navy Sea Cadet unit is different, but like the Boy Scouts of America (BSA), they meet a few times a month for drills and trainings. Unlike the BSA, cadets have opportunites to travel all over the world for training and operations. League Cadets include ages 10-13 and Sea Cadets are ages 13-18. Some cadets attend the Utah Military Academy, but it’s not a requirement to be in the program.

When it came to choosing a name for the Naval Sea Cadet unit in Utah County when they started in 2019, Enfield was stumped. He thought of Major Brent R. Taylor, a member of the Utah Army National Guard who was killed while serving in Afghanistan on Nov. 3, 2018, and reached out to his widowJennie. “I asked if we could use Major Taylor’s name for our unit because he represents family, commitment and working with youth,” remembered Enfield. Jennie Taylor was honored to have the Sea Cadets use her husband’s name.

“Going through the sea cadet program gets them a start into the Armed Forces and it’s definitely an advantage,” Enfield explained. “Some don’t go into the military at all, but it helps them in college and their career no matter what they do.”

Enfield works with college students in his day job and has noticed many of them don’t know what they want to do with their lives or how to communicate well. “Kids are more prepared after the sea cadet program. They’re disciplined, respectful. Business owners see that and want to hire them. They get opportunities others wouldn’t,” he said.

“I think the Sea Cadets may be one of the reasons why the US Navy is the finest in the world. They start training Sea Cadets at age 10 and by the time they are 18, the cadets have their act together. They know what they are getting into, and they know what they want. They are very good at what they do,” said Thomas Serenko.