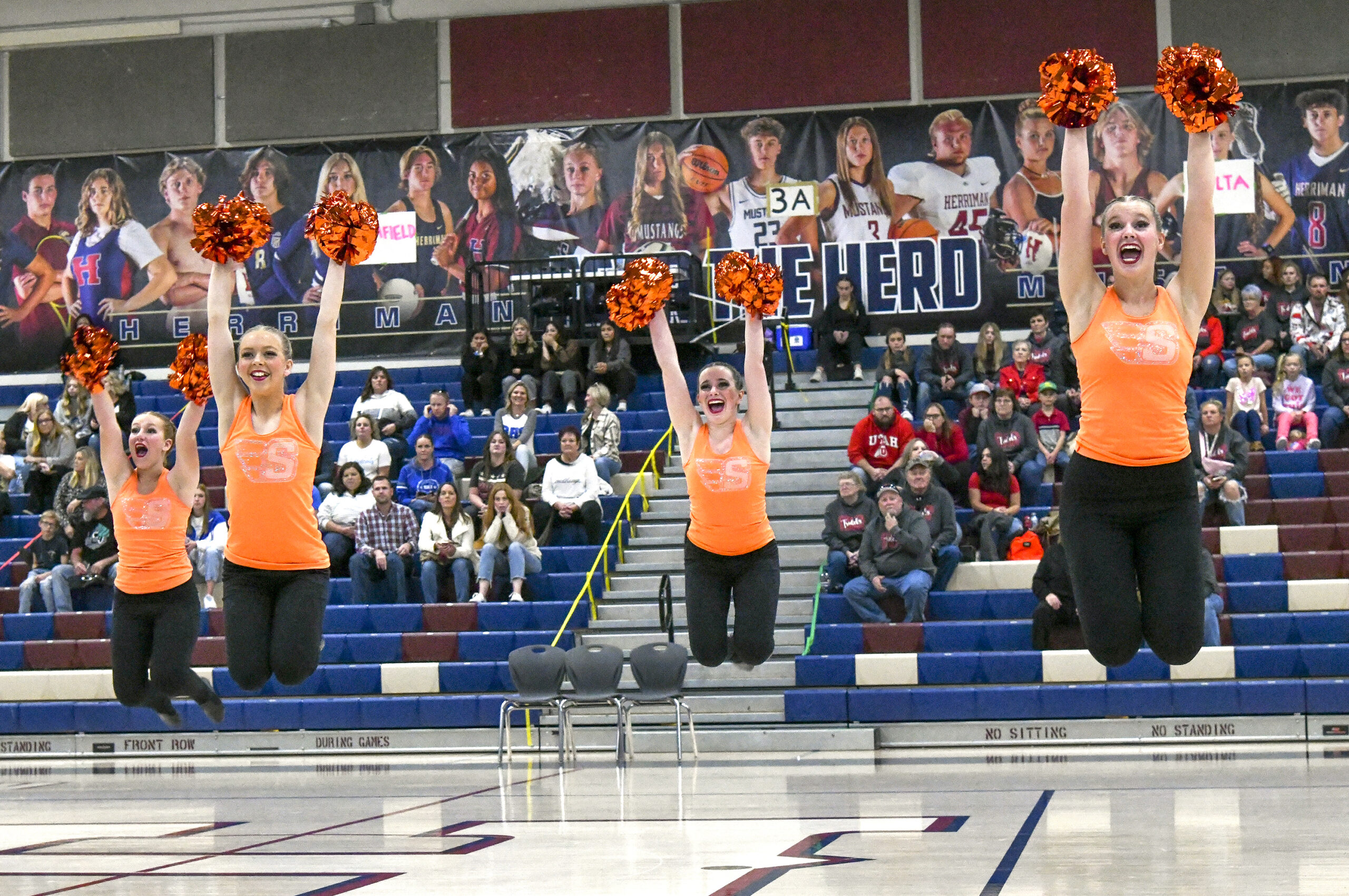 Region 4 is very competitive, but the Skyridge Amurelles performed with enthusiasm in each category of the competition on Jan. 20 at Corner Canyon High School.

The drill team showed great strength with acrobatic stunts and difficult partner work during the military routine. They displayed great skill during their dance routine and their showmanship stood out as they performed with lots of energy during the show category of the competition.

Corner Canyon earned first place in the region. The Amurelles remain positive as they move on to the state quarterfinals.

Skyridge Drill Team President Alayna Taylor said, “Region is always one of the most fun competitions of the year. I feel like every single person on the team went out on the floor and gave everything they had. “Though we might not have won, we improved tremendously from where we started and that makes me so proud of the team,” she added.

The Skyridge drill team has had to overcome many challenges including three new head coaches in four years, many team members not returning, injuries and the looming threat of the season potentially being put on hold due to COVID.

However, the Amurelles have shown resilience by being able to withstand adversity and recover quickly from difficult conditions.

Skyridge Head Coach Kate Barker said, “One of my favorite moments from this season was the second invitational at Murray High School. The week of this competition we had two injuries and one emergency surgery. We were down three dancers and re-spaced our routines three times.

“There were alternates that learned new choreography in new formations one day before the competition,” she continued. “The girls did not let this bring them down, they rose to the occasion and gave it their all.

“Watching them nail their routines after a physically and mentally exhausting week was inspiriting,” the coach added. “I do not think I have ever been more proud or impressed with a team.”

Taylor said, “This season has been a crazy one. This year we got new coaches and with the exception of five returners, everyone on our team was new. It was challenging but so fun to be able to grow close as a team and become friends.”

The Amurelles have assistant coaches Anne Blair and Bailee Anderson along with Barker. Emily Lemon and Mulford are thecaptains.

“I have never been more grateful to be a part of something,” Barker said. “This team is absolutely special and one that I will remember for the rest of my life. No matter where we rank or place in competition, I love them more than they will ever know,” she concluded.

Skyridge will compete at the state quarterfinal competition on Saturday (Jan. 29) at Utah Valley University.