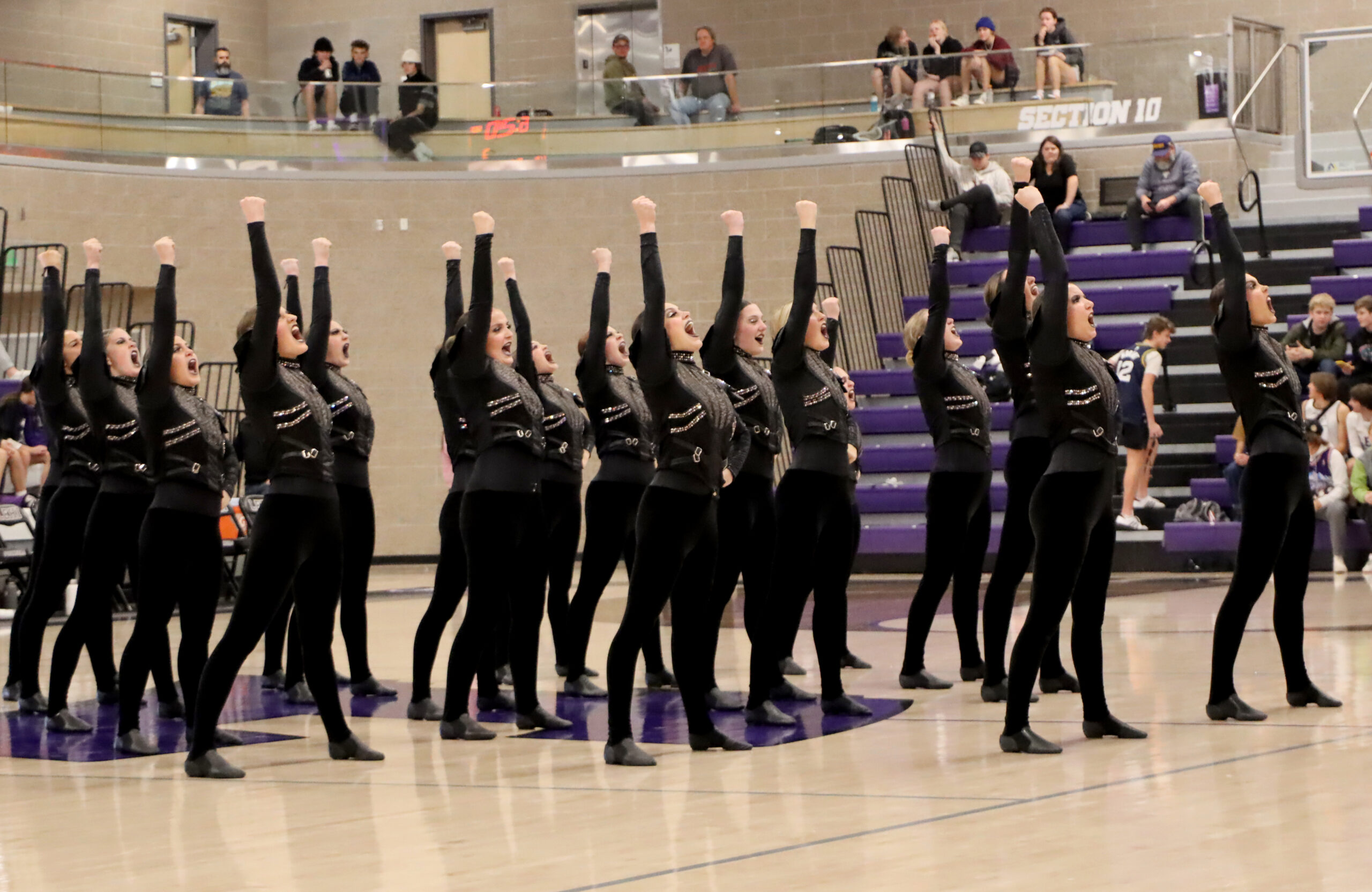 The Lehi High School Pionettes drill team swept every category on the way to earning the Region 8 title at Brighton High School on Jan. 12 as squads from Region 6 and Region 8 competed for their league drill team titles.

The loud Lehi crowd filled an entire section with purple and black and cheered with great pride as they supported the Pionettes in their efforts.

The Lehi Drill Team did not disappoint as they danced, twirledand performed their way through three difficult categories of competition.

The drill team was disciplined in the military category, showing great precision and intensity. During the dance category routine,they displayed gracefulness and technique. The turning sequence of the routine was executed flawlessly.

The final performance was in the show category. The drill team showed enthusiasm and energy as they stormed the floor as pirates in a pirate ship. This crowd-pleasing routine showed their high level of technique and their ability to execute each dance move with great skill and personality.

Lehi has a new head coach this year, Chelsea Kogianes, who is a former assistant. Kogianes noted that taking on the expanded role has been challenging but worth all the work as this team is so talented.

“I would do anything for this team, and I am grateful to have the support of the coaching staff and the girls. We have the best crew,” said Kogianes.

She added, “The team had their best performances yet in all three categories at region. They were confident and composed and I am so proud of them.”

Assistant Coach Caitlin Thomas said, “I am so proud of how our team performed at region this year. They were so prepared in every way. They went out on the floor and were confident and clean and gave three stellar performances.

“The team members also loved and supported one another as well as the other teams at the competition. What more could I ask for as a coach? They are a special bunch,” she added. “Their greatest strength is the love they have for each other, and it is a really special thing to be a part of.”

The Lehi drill team is led by Ember Burnham as president. The other assistant coaches are Samantha Poulson, Kemry Oswald and Kati Marsing.

Burnham said, “It was so amazing to win region because we got to see all of our hard work from the last eight months pay off.”

She added, “It is hard at times to find a balance between focus and fun especially while working with lots of different personalities but being a leader has helped me find a love and appreciation for every girl on the team.

“Drill team teaches important lessons, and it has given me best friends and memories,” she continued. “I have committed so much time and energy the past three years to this sport and I have loved every second of being with my Pionette family.”

Kogianes said, “Our seniors and officers have been a dream, the juniors and sophomores have stepped up to hold the team to a higher standard and lead by example, and our freshmen dancers jumped straight into a varsity sport with good attitudes and determination to do whatever is best for the team.”

The Pionettes will continue to practice hard as they prepare for the state semifinals on Wednesday (Feb. 2) at Utah Valley University.