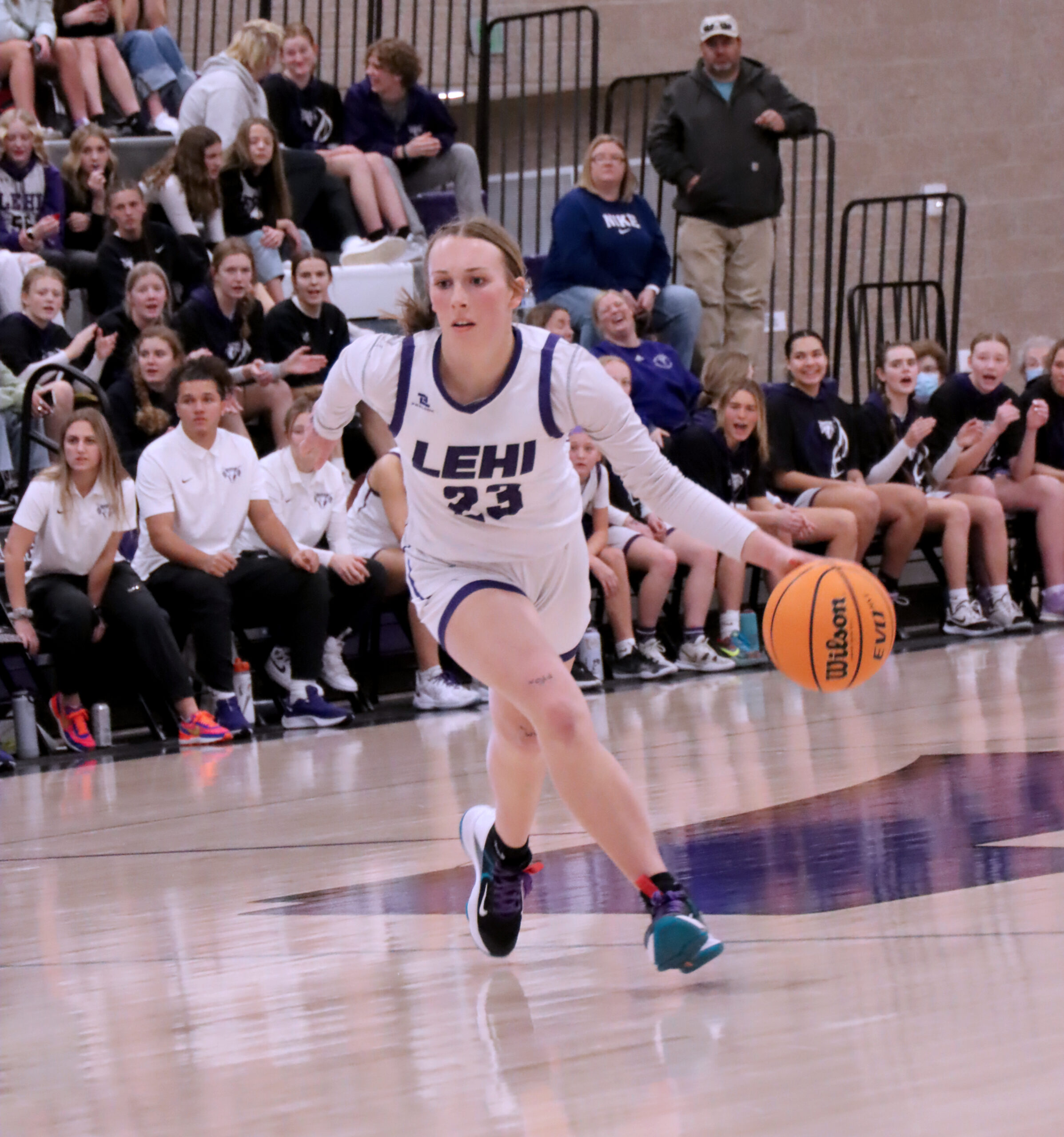 The Lehi girls basketball team continued to add to their resume with another pair of Region 8 victories last week.

This was a low-scoring game for both teams, but it was particularly tough for the Tigers. They didn’t post more than five points in any quarter. The Pioneers were also in single digits in two of the four periods and not much above that in the other two.

“Our defense played incredibly well,” said Lehi Coach Sean Seastrand. “However, for whatever reason we had a hard time getting into much of a rhythm offensively. Tera was out sick, and Jamisyn hurt her leg in the first half, and that probably didn’t help.

“Our rotation was shorter, we had a few too many turnovers and didn’t shoot particularly well,” he continued. “But it’s nice to be able to rely on your defense on those types of nights.”

Both teams got off to a slow start in this one, each of them missing shots and turning the ball over with some nerves showing in the early minutes. The Beetdiggers scored first and led until the halfway point of the first quarter when Heaton tied the score at 6-6 with a free throw following a technical foul.

The Pioneers followed that with a 10-3 run to finish the period and take a 16-9 lead into the second quarter. Heaton passed to Wall underneath to get the spurt started. Sophomore guard Sammi Love and senior wing Tara Smith hit back-to-back treys and Wiltbank drove in for a layup to finish it off.

Ball movement was the key to getting shots because of Jordan’s swarming defense. Lehi responded in kind and managed to hold the visitors to single digits in each period. The margin was 28-17 at the half and 38-26 heading into the final stanza.

Heaton fought for 13 points notwithstanding being knocked to the floor several time. She also had eight rebounds, four assists, a block and two deflections in a gritty outing for her.

Wall added 12 points on 5-of-7 (71%) shooting including a pair of treys to go with six boards, a couple of steals, a block and three deflections despite playing limited minutes due to foul trouble.

“These girls were determined after losing to them the first time,” Seastrand said. “That was our first region loss in three years, so the girls had a little bit of a chip on their shoulders. They wanted to prove they can get it done.

“Jordan is a scrappy defensive team, so nothing was easy,” the coach went on. “We took good care of the ball in the second half. We played fast and were strong with the ball. I’m proud of how they played. It was a good region win.”

The Pioneers finish the regular season on the road next week. Tuesday (Feb. 15) they’ll be the first game of a varsity double-header at Timpanogos with tipoff at 5:15 p.m. followed by the boys at 7 p.m. On Thursday (Feb. 17) they play at Timpview with a 7 p.m. tipoff.