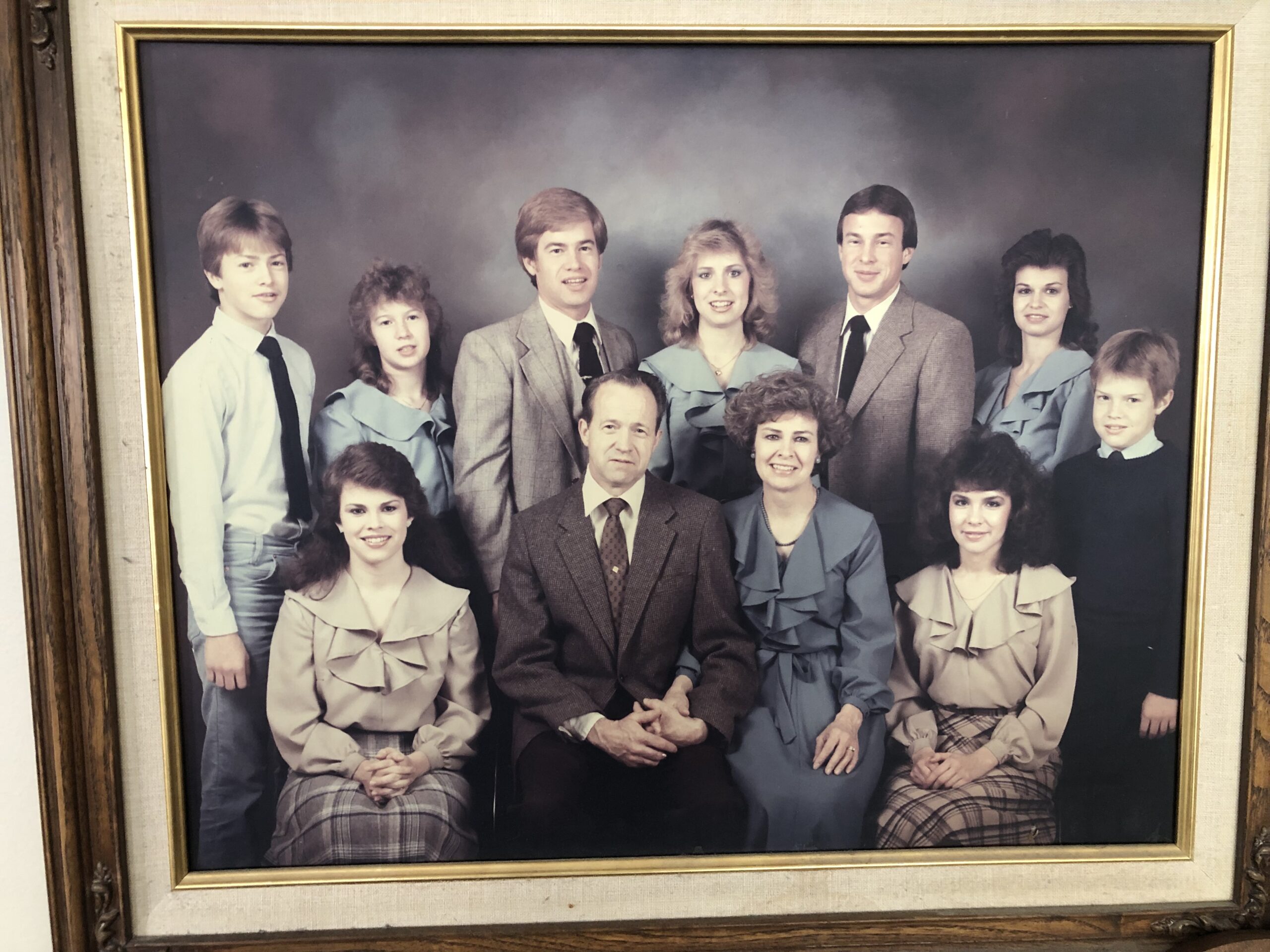 Rex and Mary Varney Price will celebrate their 67th wedding anniversary on June 22, 2022. Mary is an American Fork girl who fell in love with a lifetime Lehi boy. Rex is the son of John Price and Luannie Henson Price. He grew up in the house right next to the house he lives in today. The Prices raised their nine children in a meticulously kept home built by Rex with the help of Mahlon Smith. “We only had one bathroom and it was never a problem,” said Rex.

When Rex was 13 years old, he became an apprentice of Harold (Ozzie) Osbourne. Ozzie owned and operated the local shoe shop. Rex said he would take off the heels and Ozzie would reconstruct them. At the age of 16, Rex went to work with his two brothers, Lee and Bill, in the newly built Price Brothers Market at 12 West Main Street. The three brothers were renowned for their skills as butchers. Lee and Bill sold their share of the store to Rex and brother-in-law Boyd Stewart.

As a young man, Rex served a mission for the Church of Jesus Christ of Latter-day Saints and then was drafted and served in Europe. Upon returning from his military service, he met and fell in love with Mary. This was the beginning of a beautiful relationship and has become more wonderful over time. Mary wrote, “Life has been hard and challenging as we have grown older together. It is a joy to look back over our time on earth. Our love has grown stronger and dearer than I ever thought possible. As we look back, we feel it is a joy and blessing to have all seven children married in the temple with Mark looking down.” (Mark, their second oldest son died at the age of 34.)

The Prices have spent their life in church service. Rex served as Bishop of his ward and is remembered for his devotion to thecalling. Jane Trane and husband, Calvin, served with Rex and Mary for many years. Jane remembers, “They are quiet people who have had many trials and met them with strength and iron clad resolve and faith. We all would do well to emulate their pattern in life.” The couple have served in the Provo, Mt. Timpanogos, Kirtland, and Nauvoo temples for a total of 17 years.

Collette, daughter of the Prices, said, “My parents are an example of teamwork. Dad never sat down at the table until mom was sitting down. Dad got us all ready for church and we waited until mom was ready before we left in the car. Mom sewed all our dresses. They are the best team I’ve ever seen. I have never heard them speak ill of each other. Now they sit and hold hands as the watch TV.”

Rex quipped, “That’s about all we can do,” he said with a twinkle in his eye.