Lehi grapplers are fourth at Divisionals 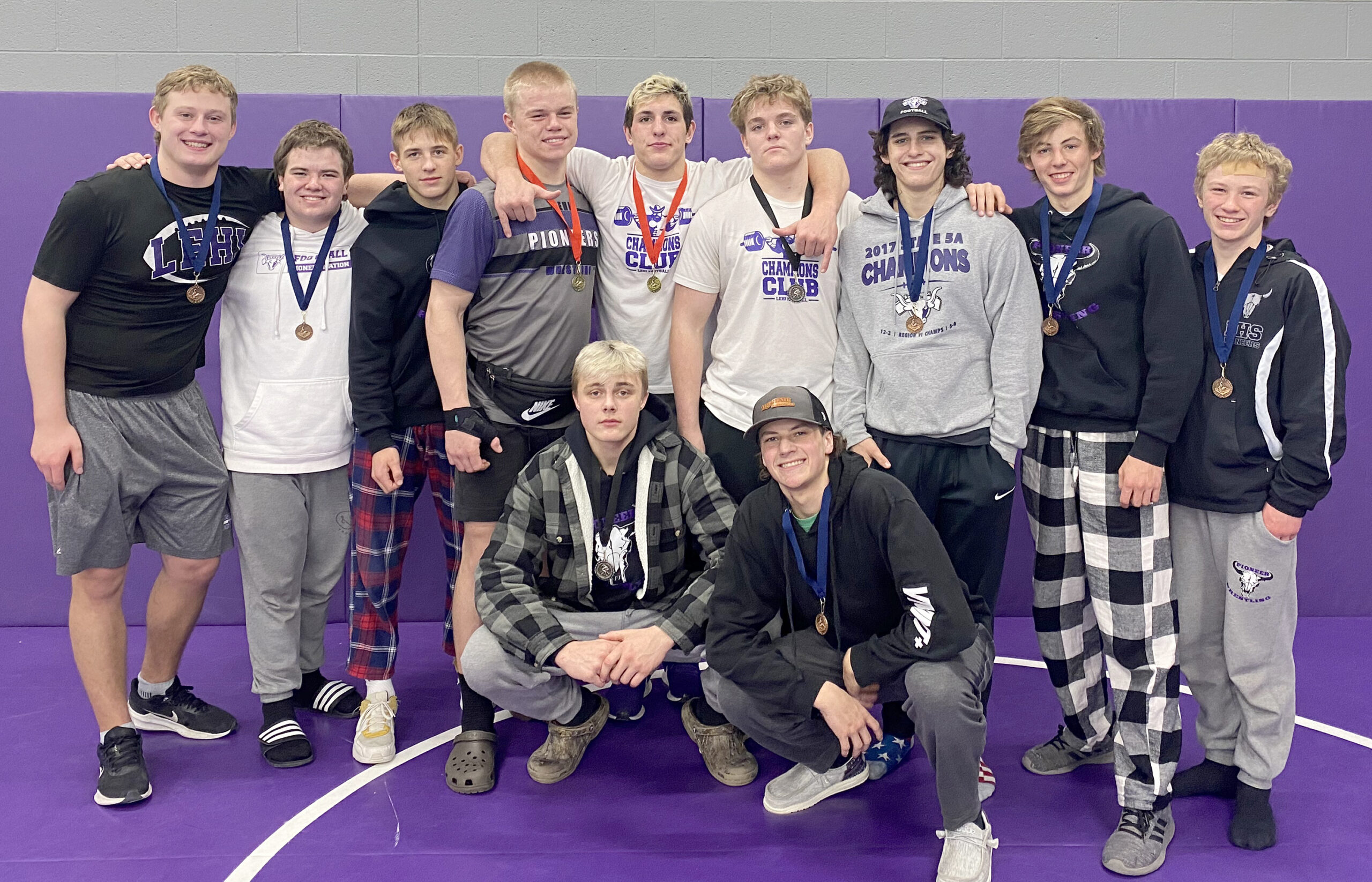 The Lehi boys wrestling team finished in fourth place of 16 schools at the 5A Boys Division B meet on Feb. 4-5 at Alta High School, including a pair of gold medalists and nine others who qualified for the state meet. In a separate event, two Pioneer girls will be advancing as well after placing.

In the 190 weight class, Will McCleary earned first place with an 11-4 decision over Lion Chandler Loveless and tallied 30.0 team points.

After a first-round bye, Isaac Terrell pinned four opponents in a row to capture the gold in the 285 bracket. Only the final match went beyond one period, but he bested Bountiful’s Anisi Purcell at the 2:32 mark and tallied 32.0 points overall.

“Despite some injuries, the boys battled and did well at this meet,” said Coach Dan Rice. “They have been working hard to be ready for state next week and JV state this Saturday.”

The Lehi girls competed in the 5A Division B meet on Feb. 2-3 at Brighton High School. With just two entrants, they placed 10thwith 27.0 points. Springville was the winner with 198.0 points.• At 125, Haille Holmes finished fifth with 5.0 points.• At 145, Ajah Rajvong claimed the silver medal with 22.0 points.

Both the boys and the girls will compete at their respective state tournaments Feb. 16-17 at Utah Valley University’s UCCU Center.