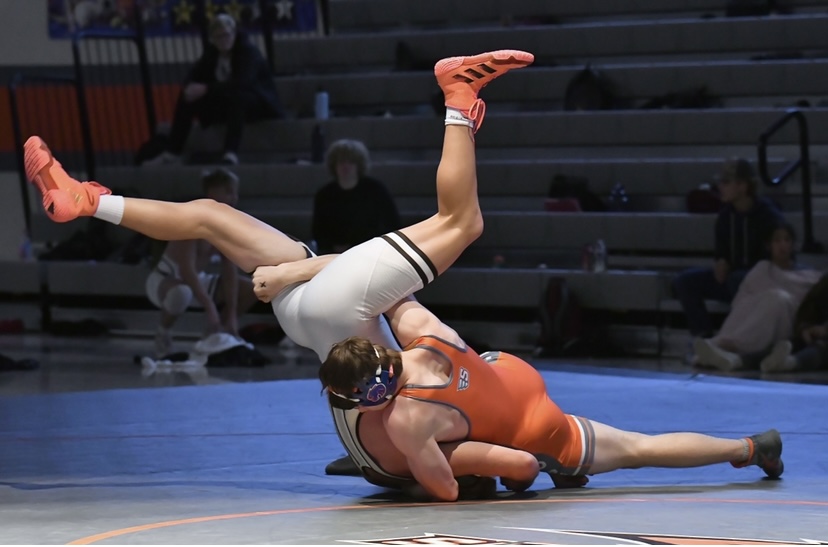 The Skyridge boys wrestling team finished fifth out of 13 teams at the 6A Boys Division A meet on Feb. 4-5 at Corner Canyon High School. Two Falcon boys won gold medals and others qualified for the state tournament by placing in their respective brackets. Two Skyridge girls will also be advancing.

The Skyridge defending state champion, senior Josh Millward, breezed through his competition and pinned every opponent, earning 34.0 team points. Only one of his five bouts lasted beyond the first period in the 150 weight class.

In the 106 bracket, Erol Yellowhair finished in first place as well, winning his final match by major decision 20-6 over Connor Sandquist of Hunter and tallying 30.5 points.

In the 6A Girls Division A meet at Westlake on the same days, the Falcons finished 11th with 29 points earned by two entrants.Westlake was the overall winner with 388.5 points. For Skyridge:• At 110, Lianny Barrena finished in fifth place with 13.0 points.• At 120, Nadia Thomas came in fourth with 16.0 points.• At 155, Kaitlyn Meyer competed but did not score.

Both the boys and the girls will compete at their respective state tournaments Feb. 18-19 at Utah Valley University’s UCCU Center.

Lehi grapplers are fourth at Divisionals