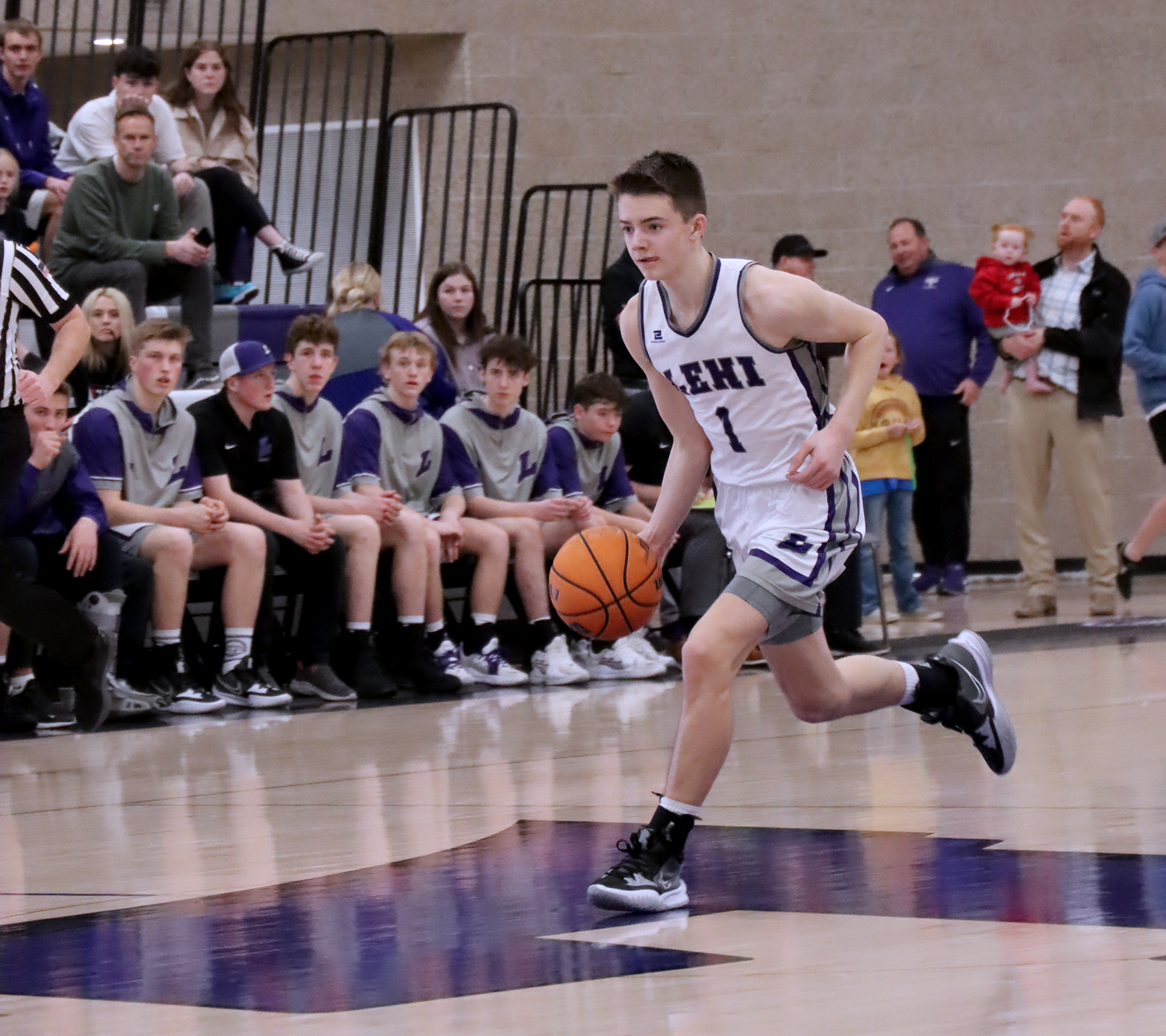 The Lehi boys basketball team lost their only returning varsity starter to injury this week and then suffered a pair of tough losses to close out the regular season.

This was a back-and forth contest from start to finish. Neither team found the net much in the first quarter, after which the Timberwolves were narrowly ahead 8-5. The Pioneers responded with a 16-point effort in the second period and led 21-20 at the break.

The teams dueled even through the third quarter and Lehi had an advantage for a time in the fourth, but Timpanogos hit a couple of crucial shots and made free throws down the stretch to close it out. Sophomore forward Grayson Brousseau was injured in the contest late in the first period when he fell awkwardly and he did not return. Later examinations revealed he’s likely done for the season with a foot issue that’s still in the process of being evaluated.

“The guys battled; we had the lead late but just couldn’t quite finish them,” said Lehi Coach Quincy Lewis. “Spencer had some nice plays at the rim and Nixon gave is a good game at both ends of the floor.”

In a playoff-worthy atmosphere, the Pioneers took on the Thunderbirds at home for Senior Night in a raucous gym and battled through three overtimes before falling by a single bucket.

Neither team ever built a significant advantage in this contest as there were multiple ties and lead changes. One would move ahead by a few points and the other would respond to close the gap. The defense was tough and the ball movement dazzling on both sides.

All of Lehi’s players contributed to keeping the Pioneers in the game, but none more so than Lewis. He shot lights out at near 60 percent efficiency for the evening and finished with 27 points including three triples and was perfect at the charity stripe. He also had four rebounds, a couple of assists and a block.

“The effort of our kids was unbelievable,” Lewis said. “I’m so proud of our guys for how hard they worked and fought in this game. Now we just gear up for State.”

The Pioneers will begin the 5A tournament Wednesday at Skyline at 7 p.m.