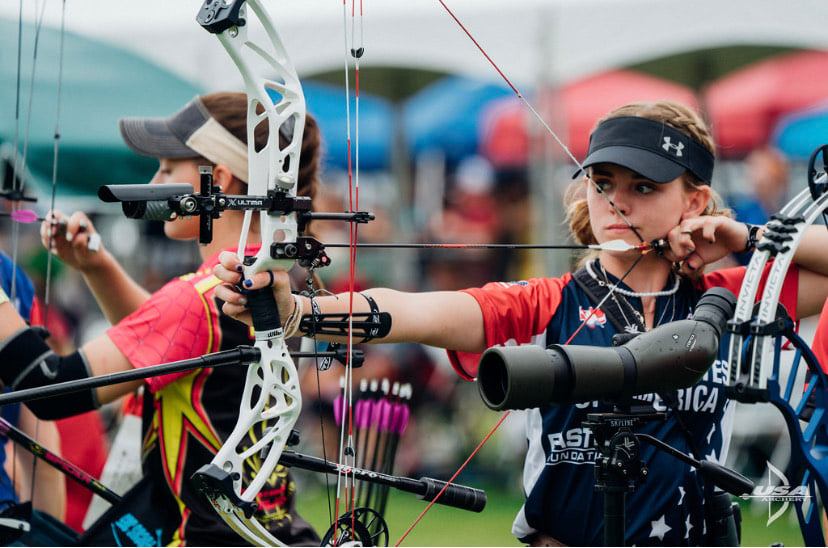 Lehi High school is proud to say they are home to National Archery Champion, Makenzie Weatherspoon.

A few weeks ago, Weatherspoon shot in Salt Lake City with only a handful of athletes from her division but against almost 100 other competitors across the nation in the 17-21 age group. The competition lasted two days and Weatherspoon shot 120 arrows at a distance of 18 meters (about 20 yards). Afterwards, she received the results immediately because the scoring was done digitally.

“I have shot this shoot before, and I have never won it outright. I have taken third and second twice, so I was excited to take first after so many years trying,” Weatherspoon said.

Makenzie Weatherspoon took first in the 17-21 age group, and she also placed eighth out of all the women archery athletes in the nation. This is not an easy accomplishment. Weatherspoon expressed how she felt about her performance, “Personally, I did not shoot to the standard I have set for myself, so I was a bit frustrated, but I still have no room to complain.”

Because she placed eighth overall, Makenzie will be flying to Kentucky this weekend where she will compete in person with the top female athletes in the sport. Weatherspoon has had this opportunity before, she said, “Although this is not my first time doing something like this with these women, I am still very excited.”

Weatherspoon started shooting nearly 14 years ago and started competing 10 years ago. She has come a long way in her archery career and still manages to be a successful student and friend to all. Lehi continues to be impressed by Weatherspoon and wishes her luck this weekend as she competes in Kentucky.