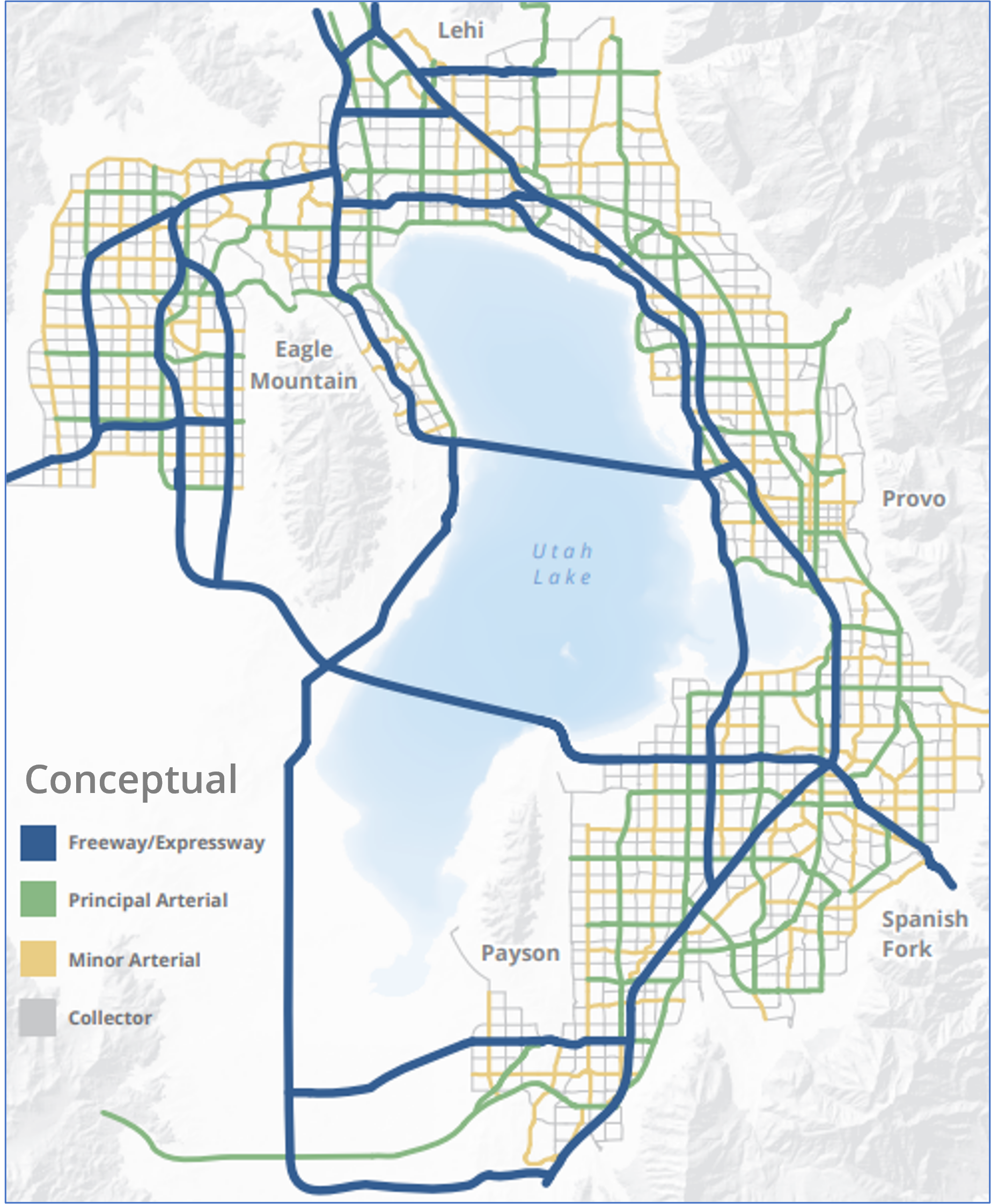 The Mountainland Association of Governments (MAG) has been making presentations at city meetings all over Utah County to educate residents and leaders about the future of transportation. Tim Hereth and Caden Baines came to the Lehi City Planning Commission meeting on April 14 and explained what a Regional Transportation Grid would look like in Utah County.

The Mountainland Association of Governments is a federally mandated local metropolitan planning organization for Utah County. MAG makes regional transportation plans to assist cities to obtain transportation funding from the federal government. In 2019 MAG held a conference with elected officials in Utah County to discuss transportation problems and goals in each city. “The number one goal that came out of that meeting was to update the regional highway grid system,” said Baines, a BYU student from Lehi.

MAG has been working on the grid for their “TransPlan 50,” a 50-year transportation plan that includes a study for implementing a Regional Highway Grid System in Utah County. A Regional Transportation Grid is a hierarchy of regional roads arranged for connections between and through communities. Utah County lacks an adequate regional transportation grid because of how cities in the valley grew historically. Each citystarted as a small community focusing on its individual road systems. Cities were eventually tied together by one or two main highways, but as growth occurred, connections weren’t made and a complete regional transportation system wasn’t developed, leading to the current disconnected and under-sized system.

Salt Lake County, on the other hand, developed a Regional Transportation Grid from the start, with major roads spanning from east to west and from north to south. As the population grew, the regional network did as well, creating a functional grid.

Hereth and Baines explained that the ideal grid has collectors every half-mile, arterials within one mile, and freeways every five miles, all connected. “Without these connections, congestion increases exponentially,” Baines explained. “Chokepoints are created in areas that lack a grid.” Utah County contends with geographic chokepoints and natural barriers such as Utah Lake and the mountains.

“With a Regional Transportation Grid in Utah County, essential connections would be created. That would minimize choke points in critical areas and ease traffic on major roads,” Baines explained.

“MAG has created an ideal grid using existing roads, but we understand that we won’t get the ideal. Cities will have to make tough decisions and funding is always difficult, but we need to do something to prepare for the growth,” added Hereth.