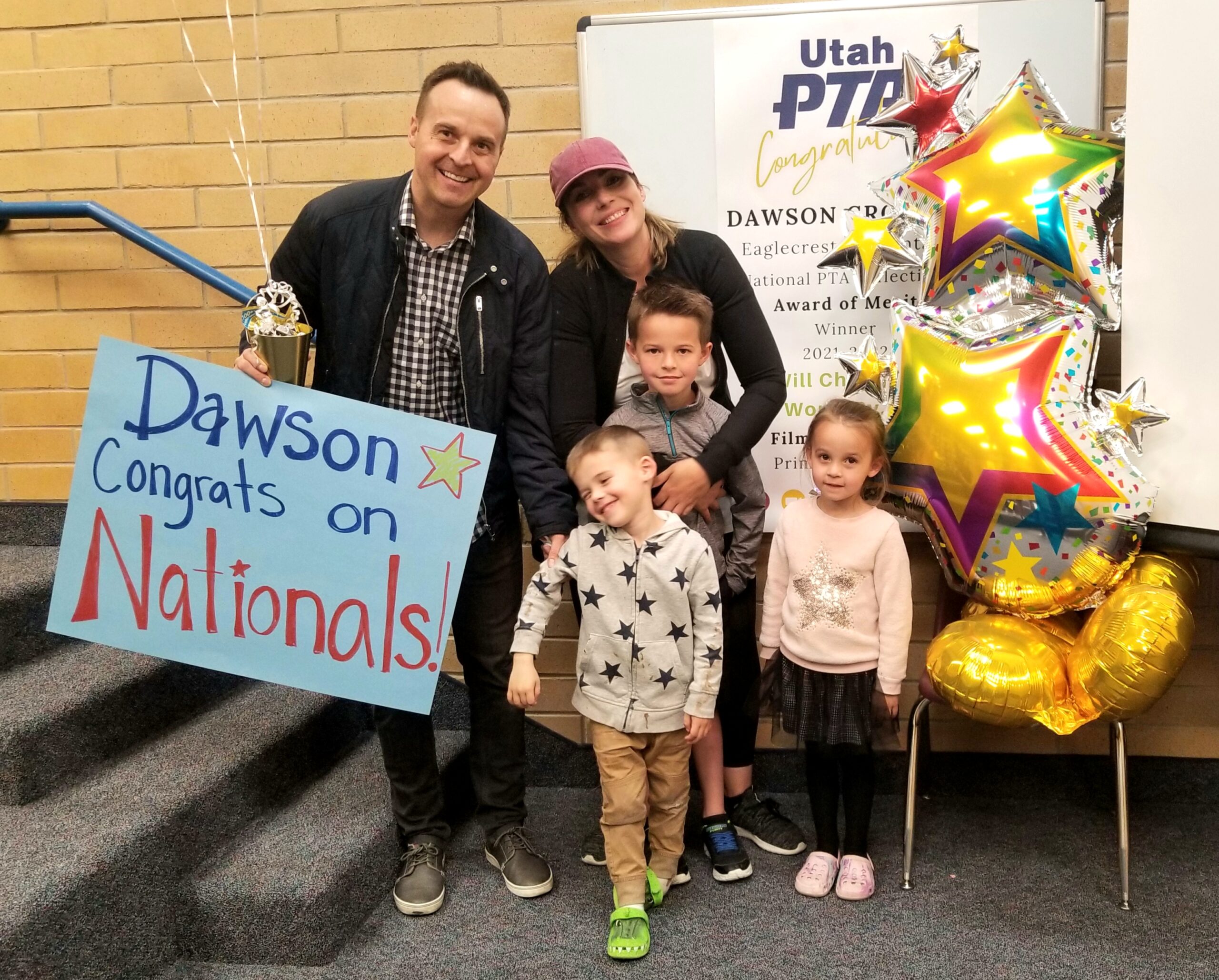 The National PTA Reflections awards were announced recently, and one very young Lehi filmmaker received the Merit Award for his work. Dawson Crockett was surprised by his family and classmates on Monday, May 2 with the news and a little watch party during the school day.

“Should we hide?” the students asked each other before Dawson was led into the room.

“Hip, hip hooray for Dawson today!” they all shouted when he arrived. It took a few minutes for Dawson to warm up to the attention, but a hug from his Mom, Sarah, did the trick.

“Do you remember clear back at the beginning of the year some of you did the Reflections contest,” asked Brad Greenwood, Assistant Principal at Eaglecrest Elementary. Students nodded their heads and one girl piped up, “Not me!”

“Well Dawson entered the Reflections contest and he won, and won and won,” Greenwood went on. Dawson Crockett’s film for Reflections won at the local level, Region, State and now the National level.

“Utah sends 30 entries on to Nationals and 17 of those entries won awards and Dawson was one of them,” added Julie Wilford, Region 9 Reflections Specialist for the PTA.

Dawson and his classmates watched his five-minute 2021 Reflections “I Will Change the World by…” film together to celebrate his win. The video begins with a close-up of Dawson introducing himself, “I’m Dawson Crockett and I change the world by spreading laughter.” For the rest of Dawson’s film, the camera is on the friends and strangers’ reactions to his jokes.

“What do you call a fake noodle,” Dawson asks a neighbor dad. “An im-pasta!” The neighbor smiles, then laughs with Dawson.

“Why was the tree so sad?” he asks a solemn-faced waitress. “Because it was stumped!” The waitress can’t help but laugh.

Dawson recorded a few dozen people reacting to his irresistible jokes, changing his little corner of the world one laugh at a time. “Let’s all laugh together!” Dawson concludes his film.

“Probably my favorite joke is the one about the tree stump because that’s one I made up,” said Dawson. “I like the pirate jokes, too.”

Dawson Crockett’s film will be in the virtual PTA Reflections exhibit.