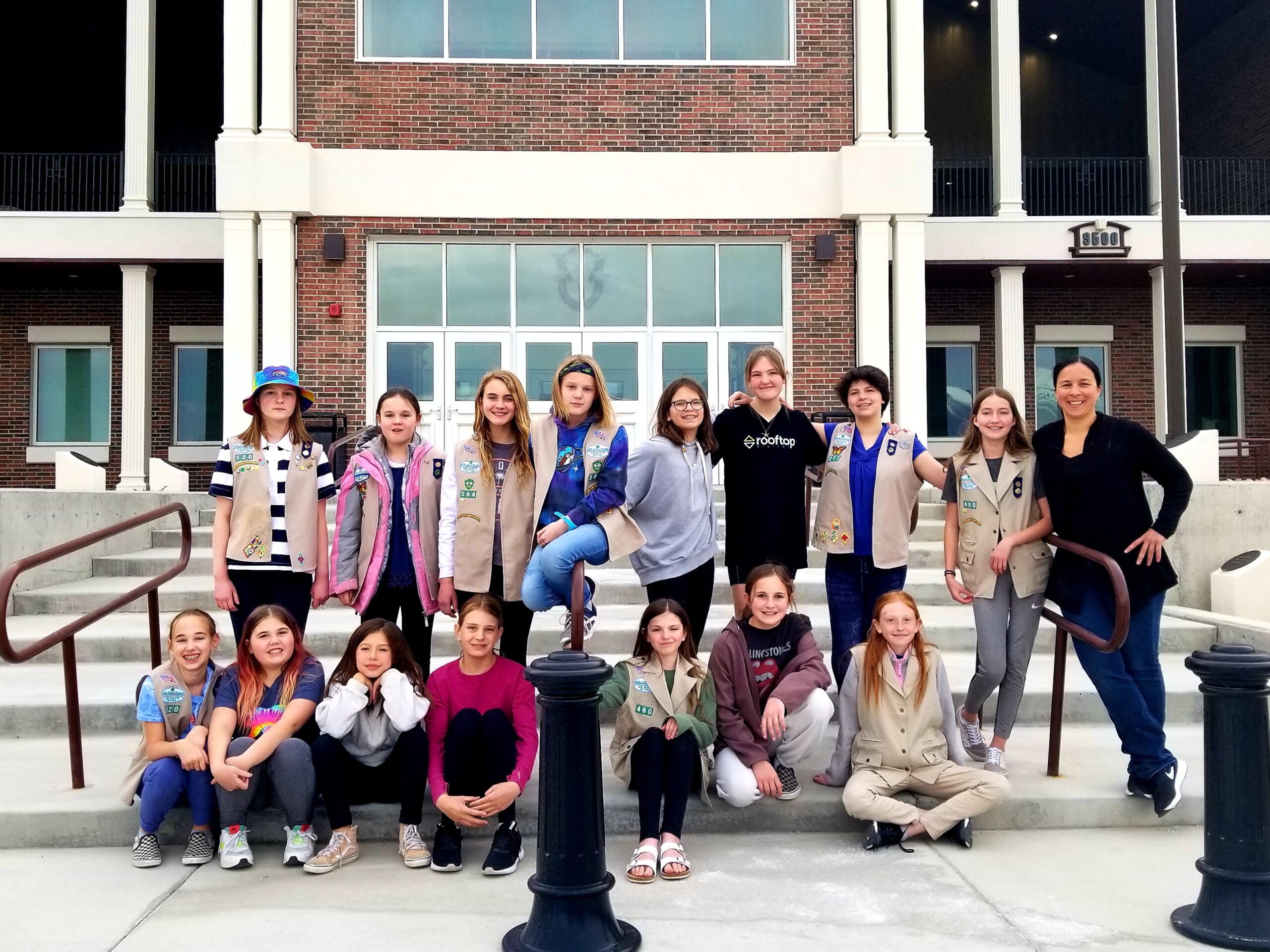 “Resiliency is the ability to bounce back,” Stephanie Lewis, a member of the Utah National Guard, told Lehi Girl Scout Troop 520 at Camp Williams on Thursday, April 14.

Stephanie Lewis works out of Draper as the Sexual Assault Prevention Response Victim Advocate Coordinator for the Army. “A big part of our job right now is community outreach. We’re trying to do preventative things.” She met Troop 520 leader Abby Hansen last November when she gave a presentation to the Girl Scouts about being a woman in the military for Veteran’s Day.

“I love talking to the Scouts when I can,” said Lewis.

Lewis started the workshop with a few get-to-know-you games before identifying some of the qualities and characteristics the Girl Scouts can develop to become more resilient. She talked about self-awareness, mental agility, strength of character and connection as keys to creating boundaries for themselves.

“The most important thing girls can learn from a young age is to set boundaries. Having those boundaries and not being afraid to stand up for what is right. If we taught all kids that skill we’d have no bullies – they would look odd because everyone would speak up and say, ‘No, that’s not okay,’” said Lewis. “It’s cool to see that culture growing in the military. No one wants to make crude jokes or say something rude about someone else because that’s weird. You see that culture more in places where there is more diversity.”

As a Sexual Assault Prevention Response Victim Advocate, Lewis has seen how imperative it is for women especially to recognize their thoughts and behaviors so they can avoid bad situations.

“What happens a lot in the military is the grooming. Manytimes, women don’t realize what is happening and they try to be polite,” Lewis explained. “In our self-defense classes, we teach them to recognize that if they’re uncomfortable, know your boundaries. It’s not okay, no matter who it is.” She went on to explain that in the military it can be even harder when the person doing the grooming outranks the victim.

“They pretty much tear your soul apart in basic training. It’s changing now, but they teach you to have complete faith in yourN.C.O., that your N.C.O. will always take care of you and listen to you. They don’t talk about the piece that they’re not always going to be good people,” added Lewis.

“A lot of these young girls come in and get groomed from the very beginning. They’re vulnerable and they don’t have confidence in their boundaries yet. They’ll say, ‘It’s my sergeant, I can’t say anything. I guess it’s okay that he’s yelling in my face and saying terrible things.’ They feel like they have no power,” said Lewis.

The highest risk factor for sexual assault in the military is the ratio of men to women. “When there are many more men than women in National Guard units, there are reports of sexual assault and toxic culture,” Lewis explained. “When you are the most marginalized population there, it’s going to be harder – it’s going to take more courage to say something. Diversity is the answer. We have to have women and men with their different strengths to create balance.”