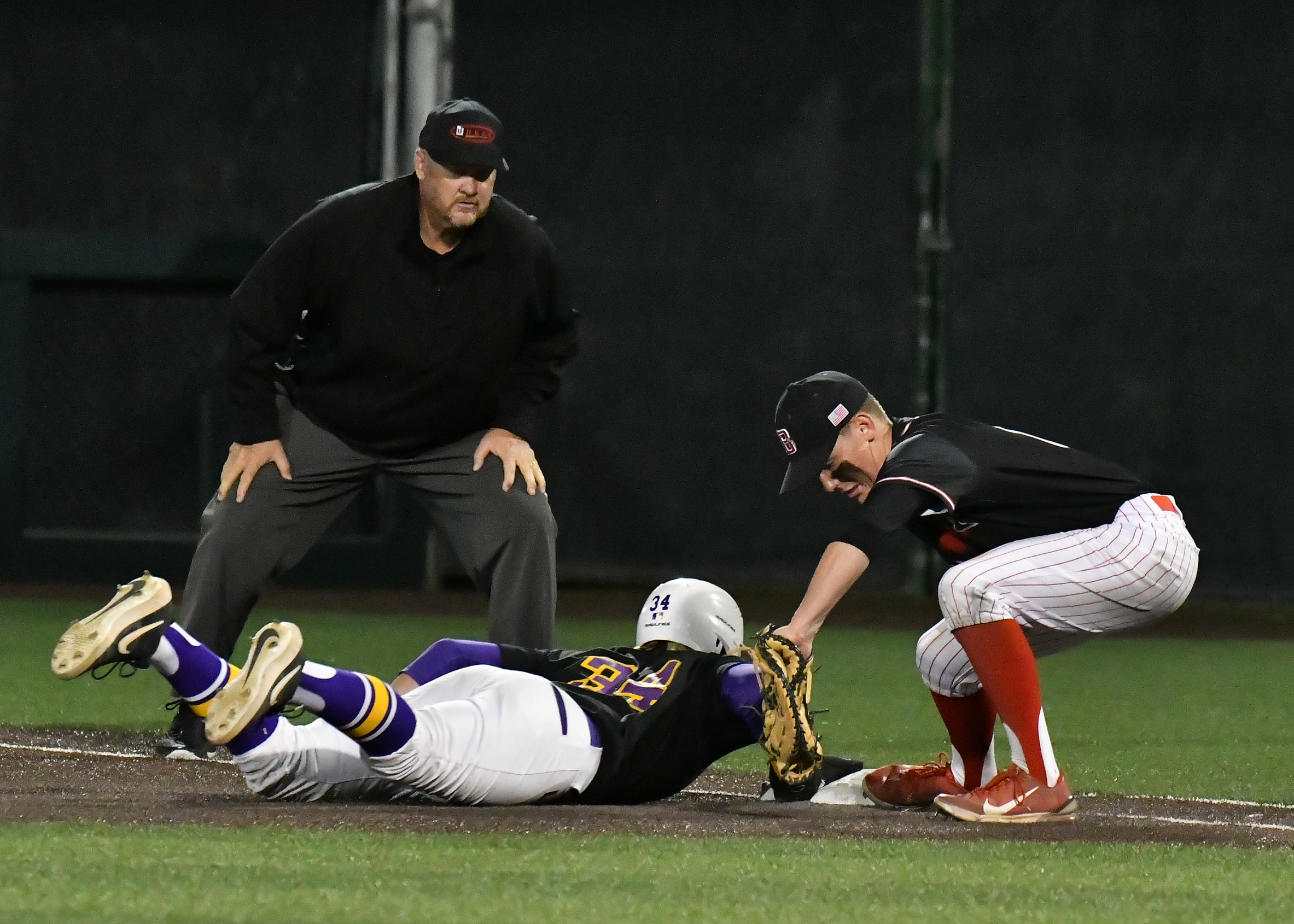 The #2 Lehi baseball team gave up a big early lead and then had to fight its way back to win the first game of the best-of-3 5A championship series with #4 Olympus Friday night (May 27) at Utah Valley University.

The Pioneers got two runners across in the bottom of the sixth on a poor throw by the Titans to give them a 10-9 lead.

In the top of the seventh inning, reliever McGwire Madsen earned a long fly out on the warning track, a strikeout and then a sharp groundout from short to first base to retire the side in order and secure the dramatic victory for Lehi.

The Pioneers plated six runs in the bottom of the first to counter an opening at-bat yielding a one-run lead, but then gave up seven in the top of the third to fall behind 6-8.

They tied the score with two runs in the bottom of the fourth but then allowed another run in the top of the fifth to allow Olympus to move back in front. The Titans outhit Lehi 11-5 but that was offset by the 10 walks they issued.

The second game of the series will be played tomorrow morning at 11 a.m. If necessary, the tiebreaker game is set for 4:30 p.m. that afternoon.

Check back online for further updates and get next week’s issue of the Lehi Free Press for full details on the tournament run.