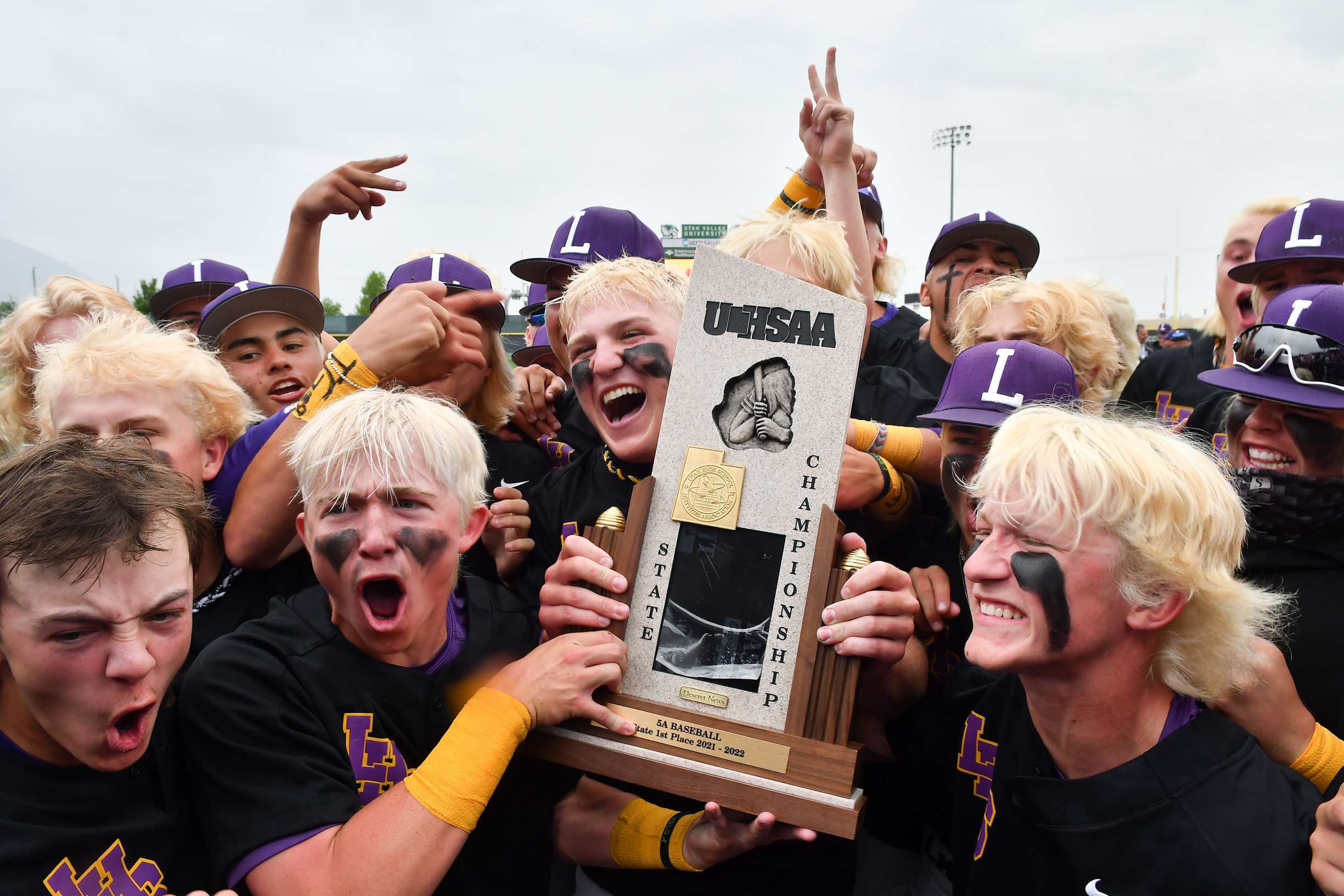 It was everything anyone could have wanted from a state championship game.

The #2 Lehi baseball team battled #4 Olympus Saturday (May 28) at Utah Valley University for the right to receive the 5A championship trophy.

Since the Pioneers won the first of the best-of-3 series games last night, all they needed to do was wrap the second one up to give the school its first baseball title in 41 years.

However, the Titans had other ideas. The starting pitchers for each team went seven innings and dueled to a 3-3 impasse, making an extra inning necessary. Both had reached the pitch count limit by then, so the fate of the game was passed on to other arms.

Lehi senior Zach Evans was called in from center field to take the mound in relief. His turn didn’t start off well. The first Olympus batter doubled to the wall and the next one got hit by a pitch to put two runners on base. The next batter laid down a sacrifice bunt to move them both into scoring position.

Senior Maddux Madsen, who had pitched the rest of the game but now reverted to his position at catcher, gunned down the runner at third when he took just one step too far down the base path, and then Evans struck out the next player to retire the side with no harm.

Madsen then stepped to the plate and hit a sharp single, but he and the next batter were both thrown out with a crisply-executed double play.

Senior right fielder Jaxon Christensen was then issued a pass as he was hit by a pitch and he successfully stole second with Evans at the plate. Evans then launched the ball to center-left to bring Christensen home and initiate the celebratory dogpile.

Check out next week’s issue of the Lehi Free Press for full details on the tournament run.