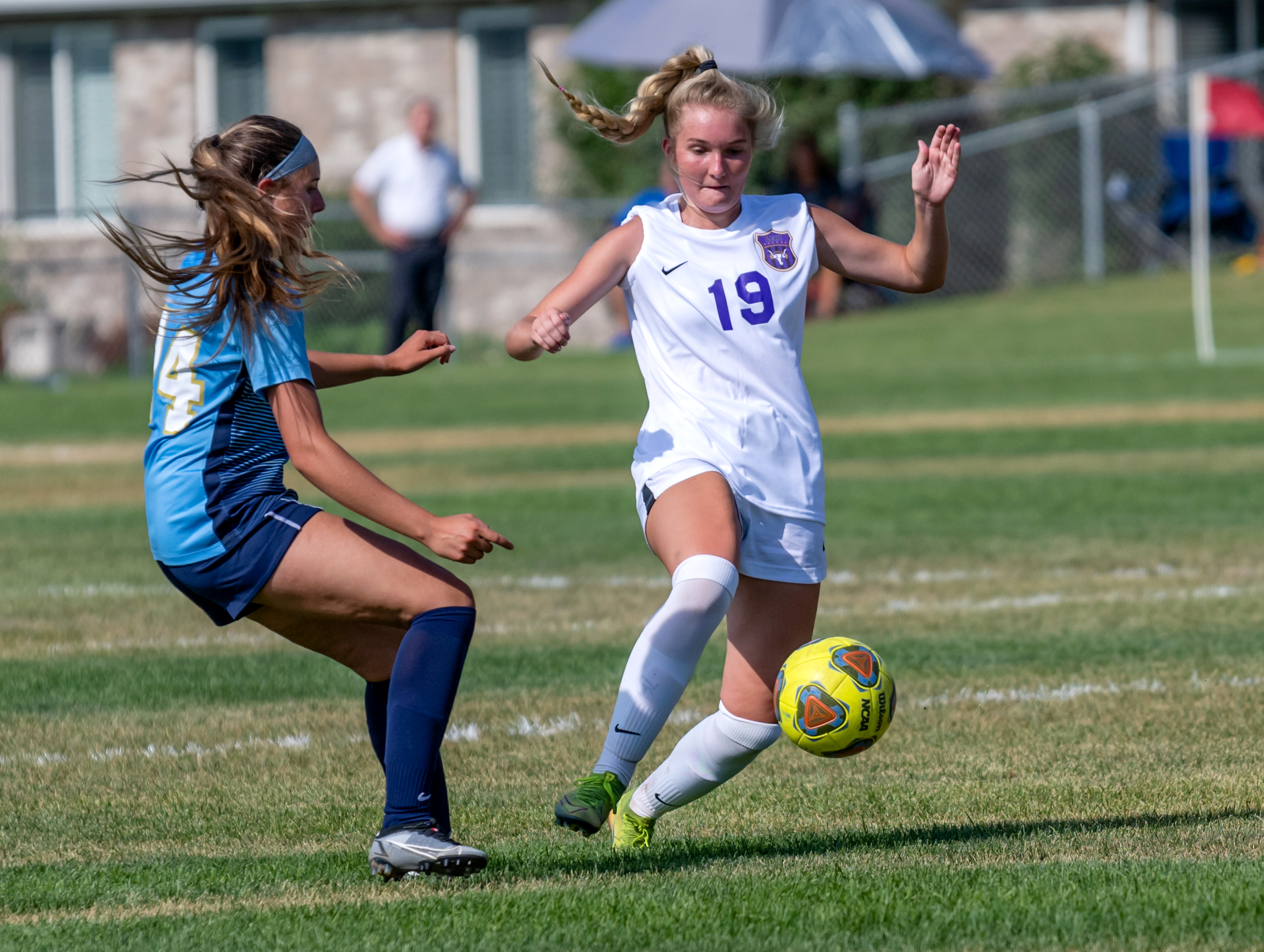 The Lehi High School girls soccer team tallied two wins and two losses in non-region play during a busy first week of action, all of it on the road.

The Pioneers jumped ahead early, taking the lead in the 22ndminute on a goal by senior forward Stephanie Roper off a give from senior midfielder Aeyan Gomm, and that’s the way it stayed until the break.

Seven minutes into the second period, senior forward Kamara Simmons received the ball from Roper and drove it home to extend the advantage.

The Skyhawks responded by finding the target in the 14th minute,but Lehi came right back in the 22nd minute when junior defender Kaitlyn Schoenfeld fed the ball to senior midfielder Reagan Jorgensen for the insurance goal. Senior Hayley Ogden went the distance in the net and tallied seven saves.

“The first half was a little shaky,” said Coach Tim Graham. “But, once we settled in, we were able to do what was needed to pick up the win. It’s always nice to get the opener.”

The Pioneers had a couple of key players in concussion protocols and another out with an ankle injury, so they were a bit shorthanded facing the Wolves from Logan. The home squad boarded both their scores in the first half.

“It was a hard-fought game,” Graham said. “Our girls played very well in the second half and came back to reduce the deficit without giving up anything else. We had plenty of opportunities but just couldn’t put them away.” Roper notched the lone Lehi goal with an assist from junior midfielder Erin Dahl.

“We are nursing quite a few injuries, so we’ll be calling on our young freshmen to step up for the next couple of game,” the coach said.

The Pioneers bounced back with a tight victory the next day. Roper again found the target with some help from Jorgensen in the 55th minute to secure the win. Ogden registered the shutout in the net.

Roper notched her fourth goal in as many games after Simmons fed her the ball in the 24th minute. The Pioneers trailed 1-2 at the half to the tough Riverhawks, who added one more goal very late in the match to cement the win.

“We actually played very well,” Graham said. “We just need to get healthy. We had a lot of kids injured this first week in the season.” It should help that the Pioneers have only two games in the next two weeks.