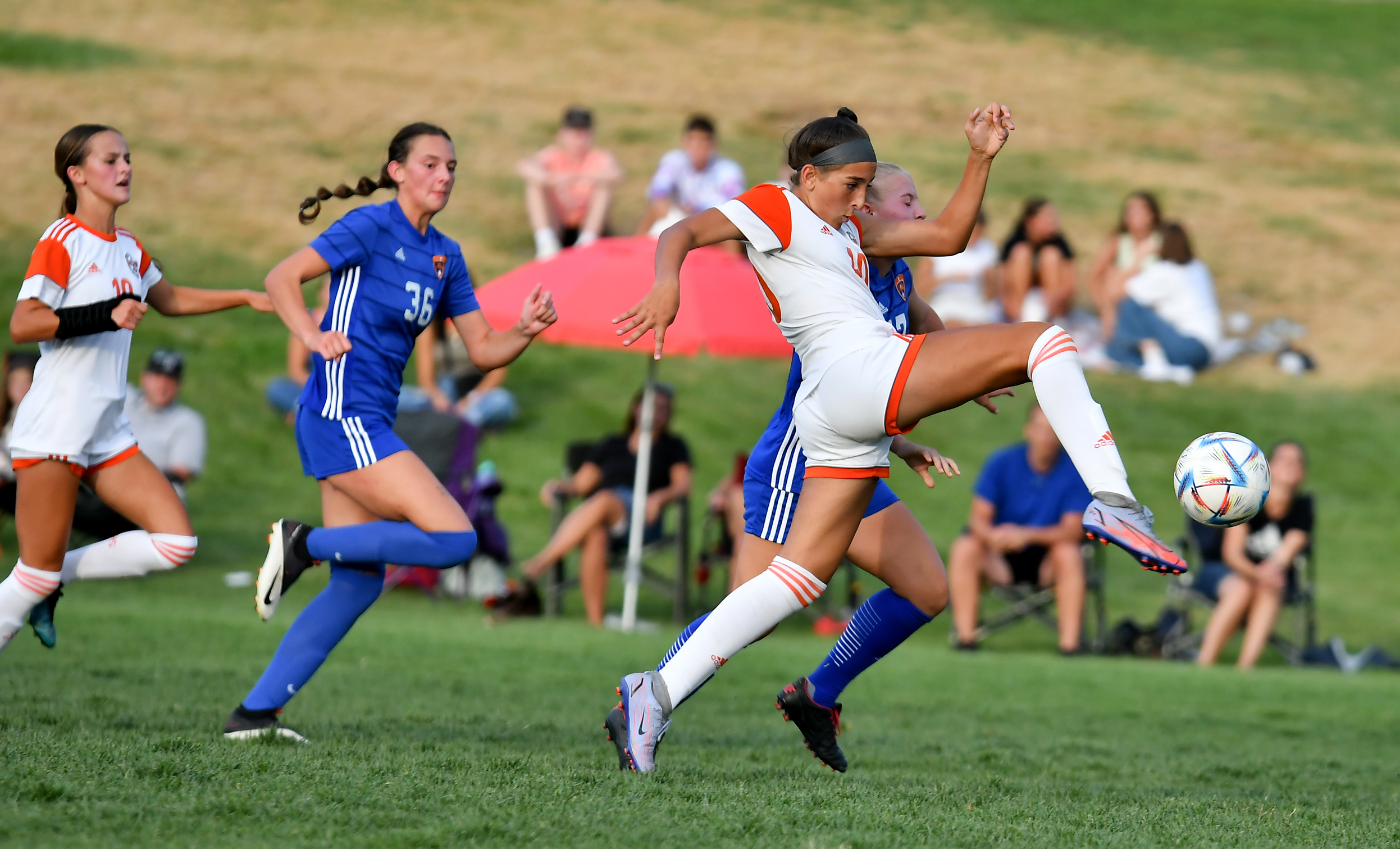 “It is always nice to start off on a positive note,” said Coach Toby Peterson. “Orem came at us fast with a lot of pressure that put us back on our heels for a bit. As soon as we were able to adjust to the speed of play, we were able to possess and as a result, the field opened up for us.”

In the second half, freshman forward Kuria Malohifoou and Hanson finished the scoring off with assists from senior defender Emily Morrill and Boren. Junior Allie Noorda notched the shutout between the pipes.

“Our defensive pressure kept Orem out of the net and enabled us to maintain possession of the ball 79 percent of the game,” Peterson said. “Orem got only four shots on goal compared to our 18 shots on goal. It was a complete team win for us.

“Although it appears as if we had a dominant appearance last night, we learned that we need to clean up our style of play,” the coach added. “The first-game nerves got to us a bit. I look forward to seeing that balance out.”

The Falcons started this game much the same way as the first one. “Once again, Timpview came out faster than we expected and caught us on our heels and as a result went up 2-0 in the first 10 to 15 minutes,” Peterson said.

The team “rebounded nicely” with four unanswered goals before the break, but they were shut out after that.

“In the second half, they were pressing us in our eighteen,” the coach said. “One of our center backs got beat and grabbed a jersey which gave Timpview a PK. In response she got a little lippy with the ref and earned herself a red card.

“We defended nicely the rest of the half and even had a few opportunities to go ahead but just missed,” he said. “In the second overtime, they had a corner kick that bounced off of one of our defenders inside the 6 that gave Timpview the golden goal.”

Morrill tallied two scores in the contest, while Addi Arnell and Hanson each added one. Hanson also made an assist, while Bye contributed two and Malohifoou one.

The Falcons were tabbed as No. 4 in 6A preseason polling. Their leading scorer last year is injured and will likely miss the entire season, but nine goals in two games proves the team still has the firepower to compete successfully at a high level.