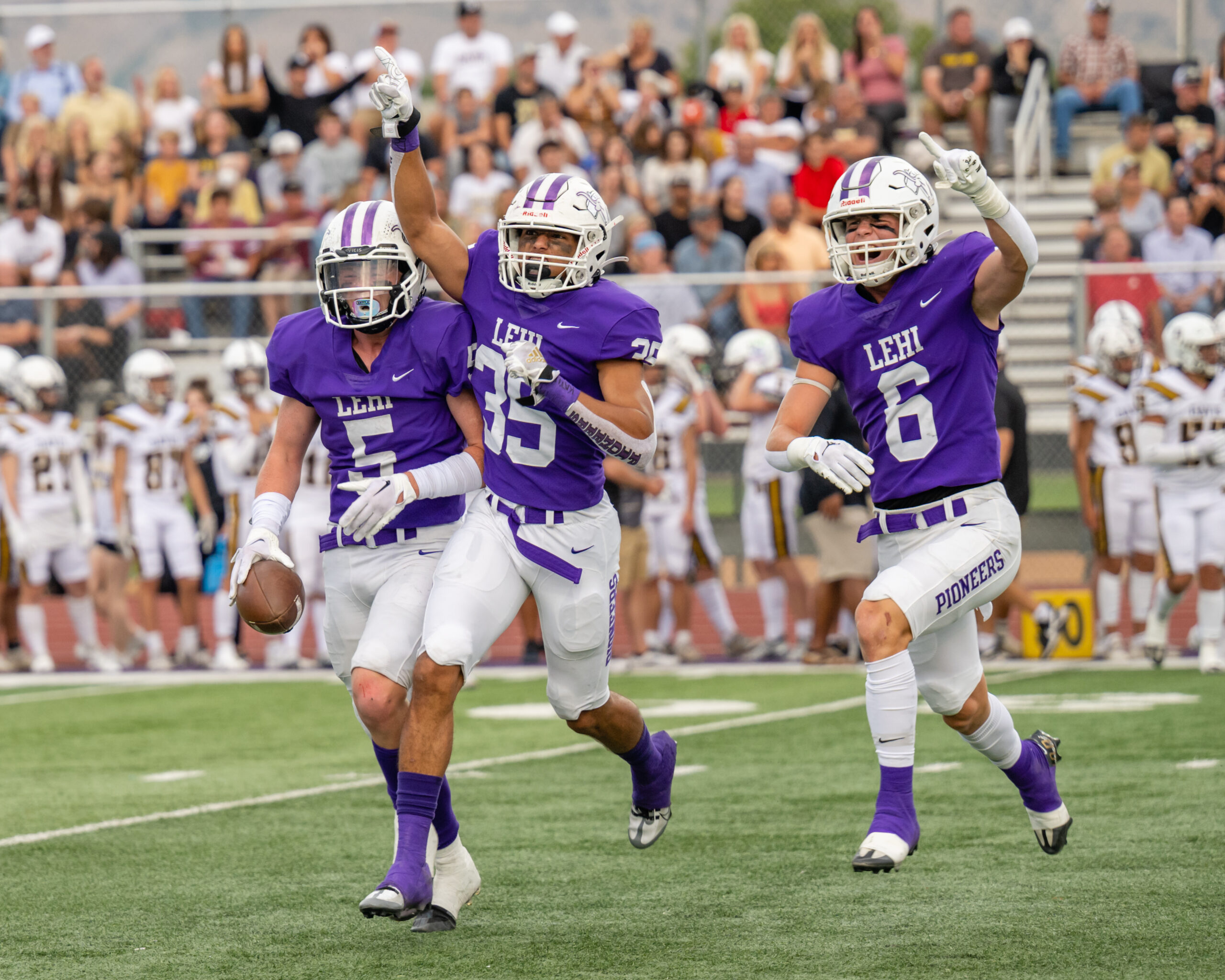 The defending 5A state football champion Lehi Pioneers picked up where they left off last season dominating the 6A Davis Darts, 48-0,in their season opener at home on August 12th.

The high-powered Pioneer offense gained a total of 562 yards in the contest. Senior quarterback Jackson Brousseau completed 22 of 24 passes for 368 yards. Besides throwing three touchdown passes, Brousseau rushed for a 21-yard score.

Davis had no answer for Lehi’s aerial assault. The two Pioneer quarterbacks (Brousseau was replaced by sophomore Jett Niu in the third quarter) targeted 14 different receivers during the game for 434 yards, averaging 15.5 yards per reception.

The Pioneer defense forced the Darts to punt on seven of their nine possessions. The Dart’s best possession came on their second drive, when they moved the ball into the red zone. However, Lehi senior linebacker Blake Jenkins ended the drive by forcing a fumble, recovered by Lehi’s Chanse Miller.

Commenting on the Pioneer’s performance as the #1 ranked 5A team Coach Ed Larson said, “I was proud of the way our guys responded from the mental aspect of having a target on our backs. It could have gone to where we had so much pressure on us, and we did not perform as well as we could have.”

Larson continued, “I think we did a lot of good things. There are some things we need to clean up. We are going to watch the film and be a little bit harder on our team after a big win like this. It’s all about us trying to get better each week with who we are, regardless of who is across the field. We are just looking for constant improvement from our guys.”

Next Lehi travels to face Salem Hills on Friday, August 19. The Skyhawks lost their opening game on the road last week, 35-14, to the Sky View Bobcats.