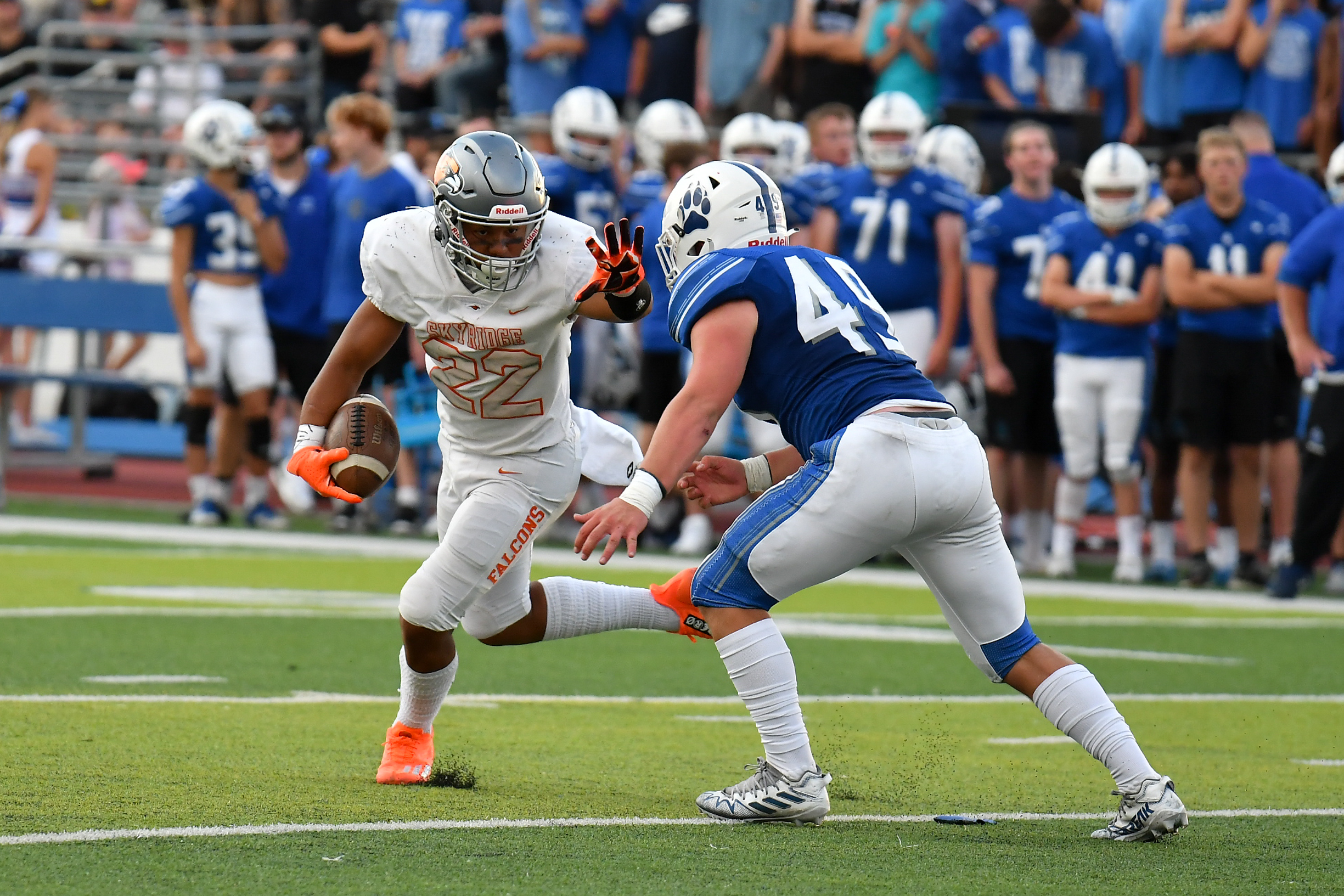 In the sixth and final year of Jon Lehman’s tenure as Skyridge High School head football coach, the Falcons are a force to be reckoned with as they showcased the results of off-season workouts and team effort in a convincing 52-7 victory over the Fremont Timberwolves.

McCae Hillstead launched his third and final season as the Falcons’ starting quarterback with a robust performance, leading his team to a season open win. Hillstead notched five total touchdowns, three passing and two rushing. He totaled 47 yards in rushing and was 21 for 30, a 70% completion rate, for 232 passing yards.

“We go one day at a time and try to get better and stay competitive. I thought we were really efficient offensivelytonight. McCae was dynamic both in the run and the pass game. All of the threats across the field offensively were due to the players who showed up and made plays when their number was called,” said Lehman.

The stout Falcon defense forced four turnovers and blocked two kicks. It was a team effort on defense as numerous playerscontributed to stopping Fremont’s ground and air attack. Defensive end, Elijah Terripaia forced a fumble on a blindside sack of Fremont’s quarterback. Outside linebacker, Sione Westover, cornerback, Smith Snowden and safety, Saxon Higbee each picked off passes to stymie the Fremont offense.

“Defensively, they were really aggressive and physical tonight. I love how they created takeaways throughout the game,” said Lehman.

The Falcons have spent the spring and summer involved in various acts of service throughout the community. According to Skyridge offensive coordinator, Justin Hemm, performingservice as a team has helped the athletes become selfless players. This was evident in their performance as a team on the field

Hemm said, “This team is a process, we hope to build and learn more every week and with every game. My big thing is selflessness and that is the biggest thing when it comes to football, the idea of being selfless while sacrificing and playing for the guys next to you on the field. What we do off the field is special because of the things it teaches you and that translate into life lessons.”

Skyridge’s skill and dynamic team effort should lead them to a successful season in the state’s toughest 6A region. The Falconstake on the East High School Leopards at home Friday, August 19 with a 7 p.m. kickoff.