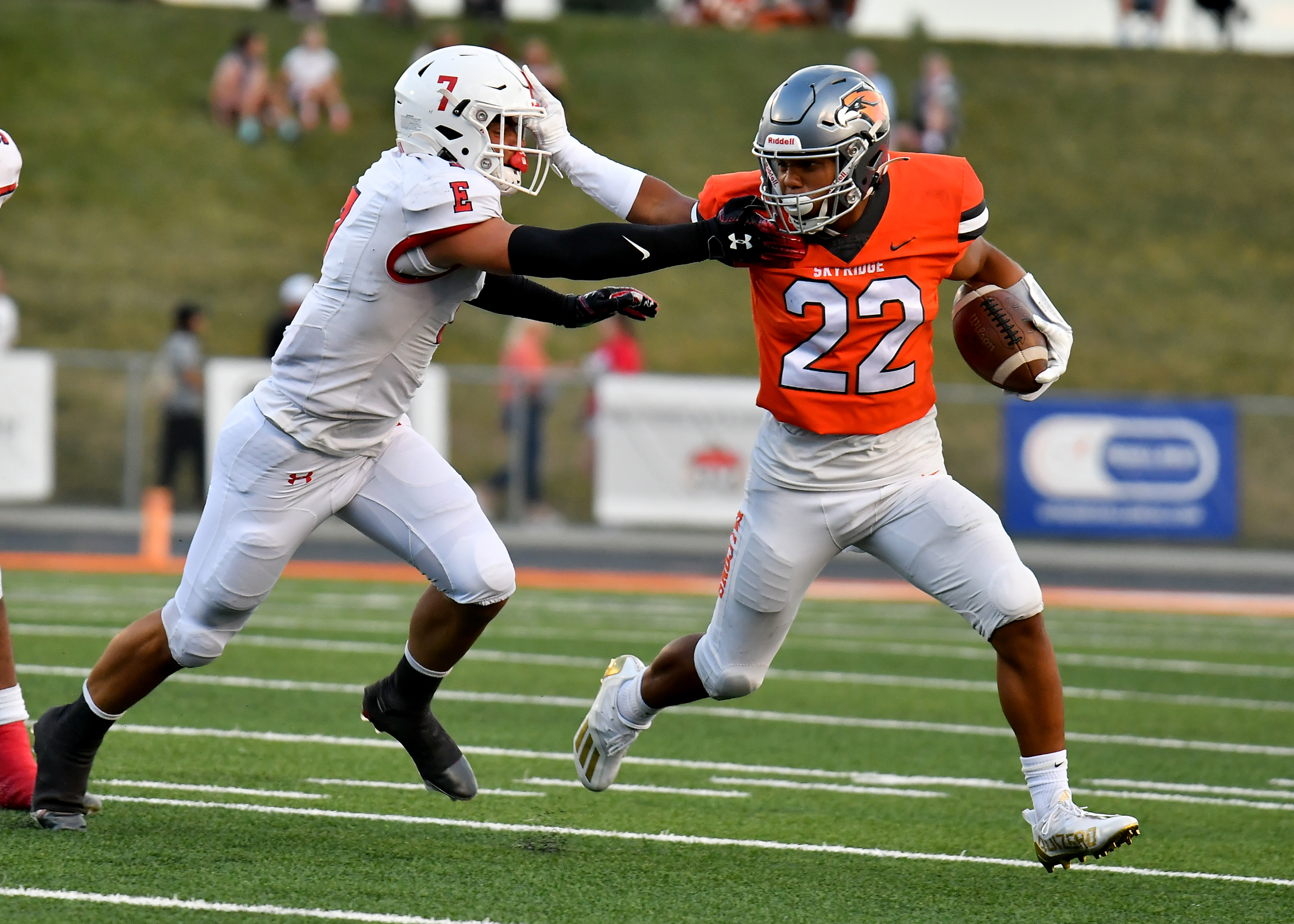 After a convincing season-opening win over Fremont, the Falcons carried momentum into week two as they picked up a one-sided victory over the East High Leopards 42-0 at home on Aug. 19.

Senior quarterback McCae Hillstead scored one touchdown on the ground and threw for another score as the energized Falcons dominated the line of scrimmage from kickoff until time ran out.

The Falcon offensive line protected Hillstead and created gaps for the running backs to get to the second level on a consistent basis. The offensive line gave up zero sacks as Hillstead threw 8-for-13 (62%) for 150 yards and also ran for 50 yards. Sophomore quarterback Brock Parrish was 2-of-3 (67%).

Walker said, “We prepared with an emphasis on being physical all week long and tonight the O-line did great. Carter Sheffield ran the ball really well. The O-line gave me some big holes tonight so I could get some runs in and we played real physical. We are excited to be 2-0.”

“This was a really consistent effort from our guys from start to finish,” said Skyridge Head Coach Jon Lehman.

“The East offense is really powerful and can be explosive and their defense is really physical and athletic, so we challenged our guys to execute, be efficient and play our game. I thought we really played that game tonight,” he said.

Sophomore defensive lineman Iakopo Malufau and senior linebacker Tausili Akana led the team with six tackles each and senior safety Dalton Young ended the game with five tackles. The Falcon defense had several players with multiple tackles which contributed to the shutout.

“The biggest challenge in playing against an offense like East is the scout look. It is not something that these guys ever do and so asking them to learn a whole different game with very different rules and techniques in a minute is challenging,” Lehman said.

“The team really embraced the challenge, and we got better with our scout look throughout the week,” he continued. “The defense also improved as the week progressed and we saw the results tonight. I am really proud of our preparation and the way our defensive guys embraced the game plan.”

The Falcons improved to 2-0 on the year and outscored opponents by an average of 48 points per game. Skyridge will take on the Herriman Mustangs (0-2) for homecoming on Friday(Aug. 26) at 7 p.m.