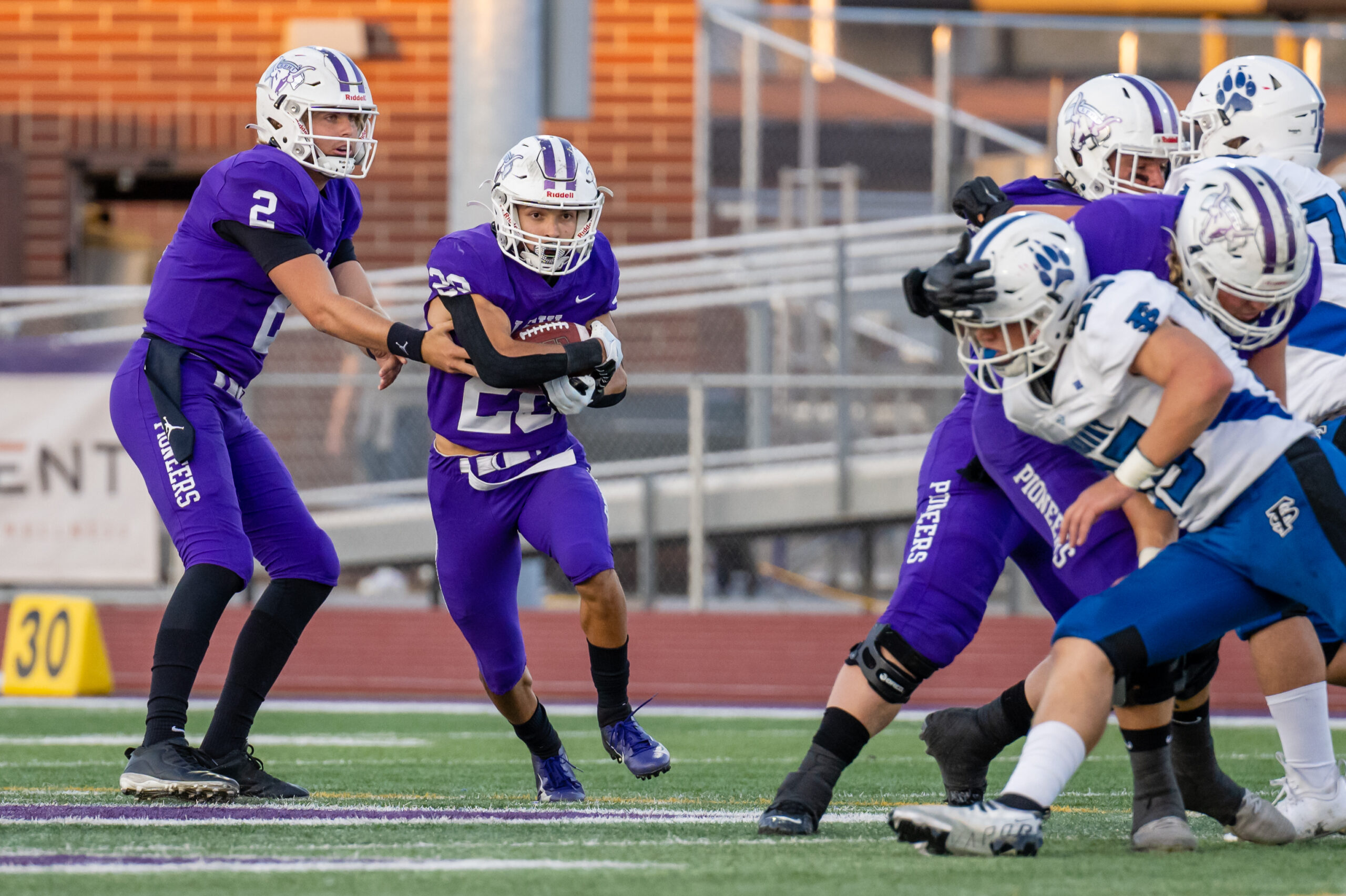 The Lehi football team set at least three school records on the way to a 77-0 drubbing of the Beetdiggers on the road Friday (Sept. 23).

The Pioneers set new records for the most points scored in a game, the highest margin of victory and the most offensive touchdowns in a single game with 10.

Senior running back Carson Gonzalez scored the first four touchdowns of the evening, all of them in the first quarter.

He got the initial one when he ran through a big hole opened by the line to go 26 yards for the score. Senior Nate Shepherd hit the first of eight consecutive PATs to make it 7-0 just 41 seconds into the game.

Gonzalez pushed across from the 1-yard line for the second touchdown at the 8:32 mark. The next one came on a toss from senior quarterback Jackson Brousseau for 12 yards at 5:23. Gonzalez completed his tally with a 7-yard run at 3:48.

And that wasn’t even the last score of the first period. Junior running back Kolose Latu carried the ball for the fifth touchdown with 44 seconds remaining to make it 35-0 to start the second quarter, during which Lehi doubled its advantage.

After a 17-yard catch by senior wide receiver Cooper Felix placed the ball on the 1-yard-line, Brousseau hit junior wide receiver Jace John in the end zone to add the next points at the 8:39 mark. Six seconds later, senior defensive back Kadiyon Sweat ran back an interception 23 yards for another touchdown.

From the Jordan 22, sophomore quarterback Jett Niu completed a short pass to senior tight end Koby Moore, who broke multiple tackles on the way to the end zone to pad the lead again at the 6:50 mark.

Latu added his second score on a 4-yard push, and then Niu connected with senior wide receiver Fortunato Giunta for 10 yards at the 1:19 mark and the Pioneers took a 70-0 lead at the break.

Playing with reserves for the entire second half, Lehi added one more touchdown in the third period on a 61-yard run by junior running back Isaiah Allen with a PAT by senior Brayden Austill at the 6:27 mark. There was no scoring in the fourth quarter.

The Pioneers will visit Alta on Friday (Sept. 30) with kickoff set for 7 p.m.