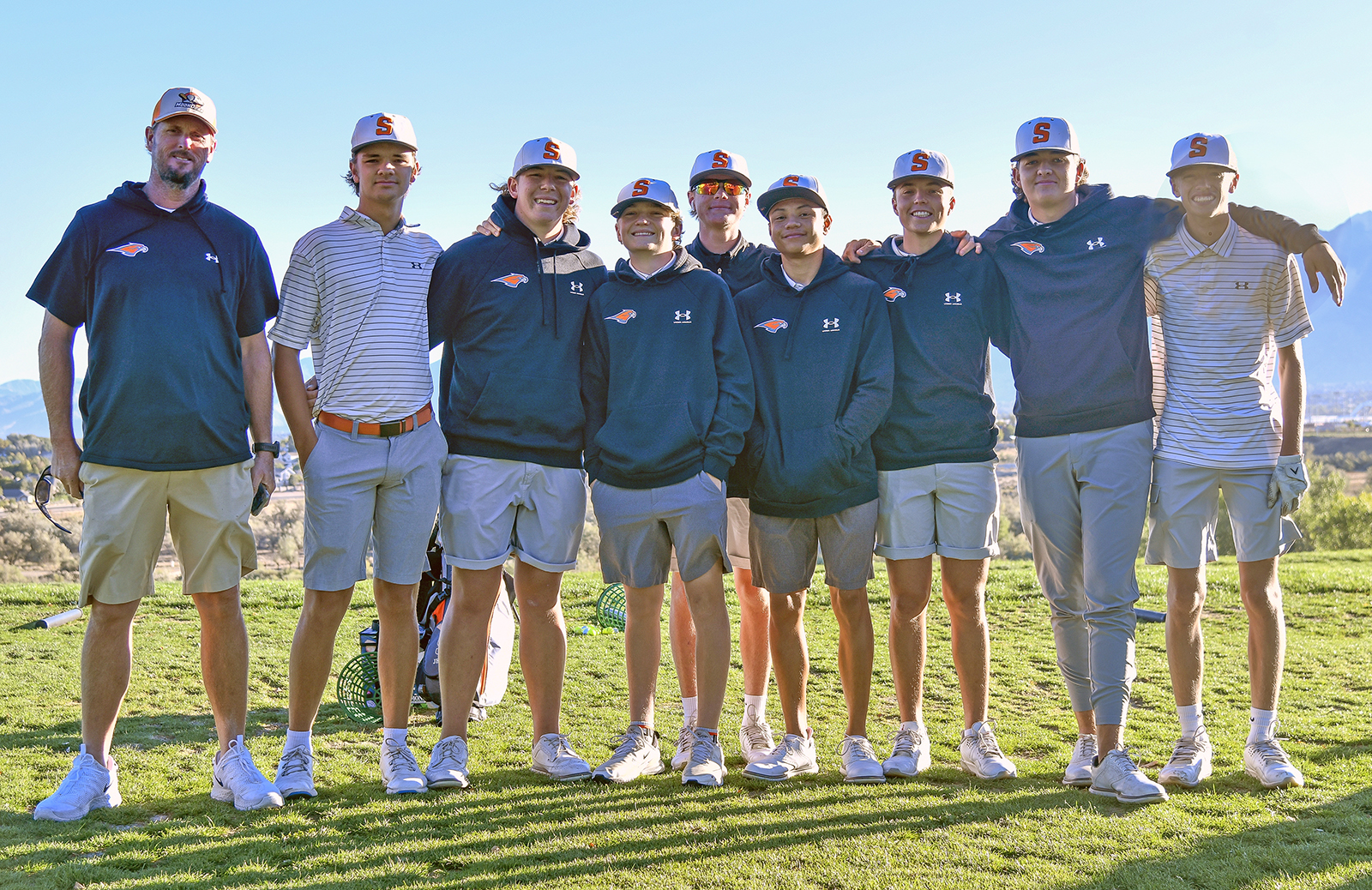 The Skyridge boys golf team is in fourth place in the Region 4 standings with a stroke average of 302.5 after four region matches.

Corner Canyon is in first place at 279.3, followed by Lone Peak at 283 and American Fork at 299.3. The top four teams have finished in the same order in most tournaments, although sometimes only separated by a single stroke.

Junior Gavin Hansen is in ninth place in the overall individual standings in league play with a stroke average of 72.8, an improvement of more than three strokes from his average last season.

He shot a 70 at Soldier Hollow on Aug. 8 to finish tied for eighth. He tied for seventh place at Thanksgiving Point on Aug. 29 with a 74, while fellow Falcon Trey Martin tied for 10th at 75. At Fox Hollow on Sept. 13, Hansen tied for ninth at 72.