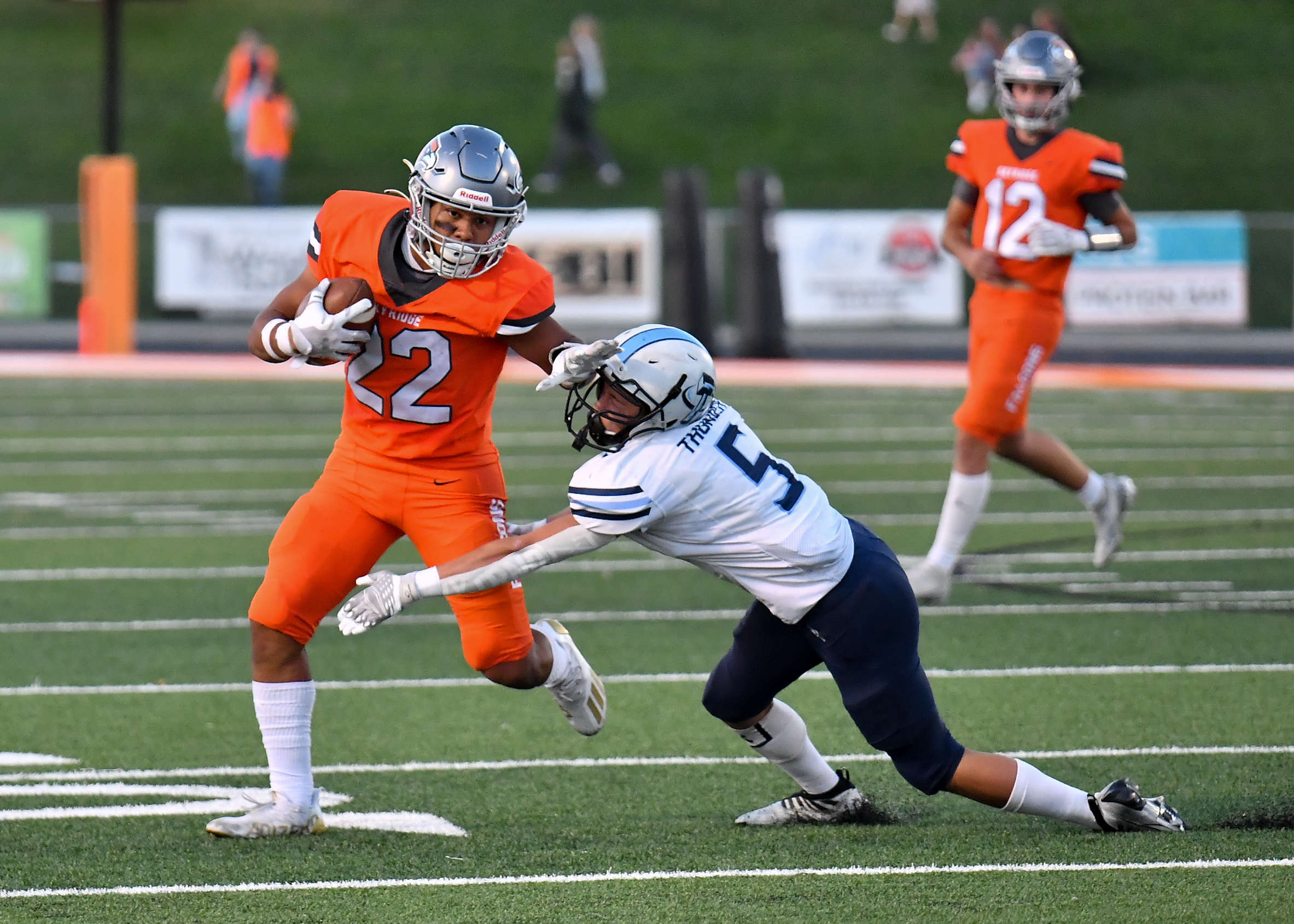 The Skyridge football team took down the Thunder of Westlake Friday night (Sept. 16) in a 62-6 Region 4 win. Both defenses came up with fumble recoveries and interceptions in a sloppy back-and-forth game.

Backup quarterback Trent Call led the team effort and finished the game with four total touchdowns. The Falcons ended the first half with 42 points on the board. Senior receiver Cannon Jensen scored on a 19-yard reception followed up by junior running back Carter Sheffield’s 2-yard dive into the endzone.

The energized offense continued to put points on the board in the second quarter as senior receiver Kyle Valdez and junior receiver La’alea Kalama each scored on touchdown receptions and unnamed reserved running back, number 45, scored on a one-yard plunge.

The offense operated with ease throughout the game including the reserve players showcasing the depth that the Falcons have developed.

Other players scoring during the second half include senior tight end Josh Davis with a catch and run from 36 yards out and sophomore running back Zaeden Selu with two long runs for touchdowns that included a 62-yarder to cap the scoring for the night.

The defensive effort was too much for the Thunder who never got past the 50-yard line while the Falcon first team was in the game. The Skyridge secondary picked off the Thunder quarterbacks four times and forced three fumbles.

The Falcon defensive line thoroughly dominated the line of scrimmage and never allowed the Westlake running attack to gain any traction.

Skyridge Head Coach Jon Lehman said, “This was a good overall game. Defense created a bunch of turnovers and offense scored efficiently on the turnovers whenever they got a short field. We played good offense and did a good job on special teams tonight. All three phases played a pretty clean game.”

The Falcons remain undefeated for the season. “We will go day to day as we prepare and see what next week looks like,” said Lehman.