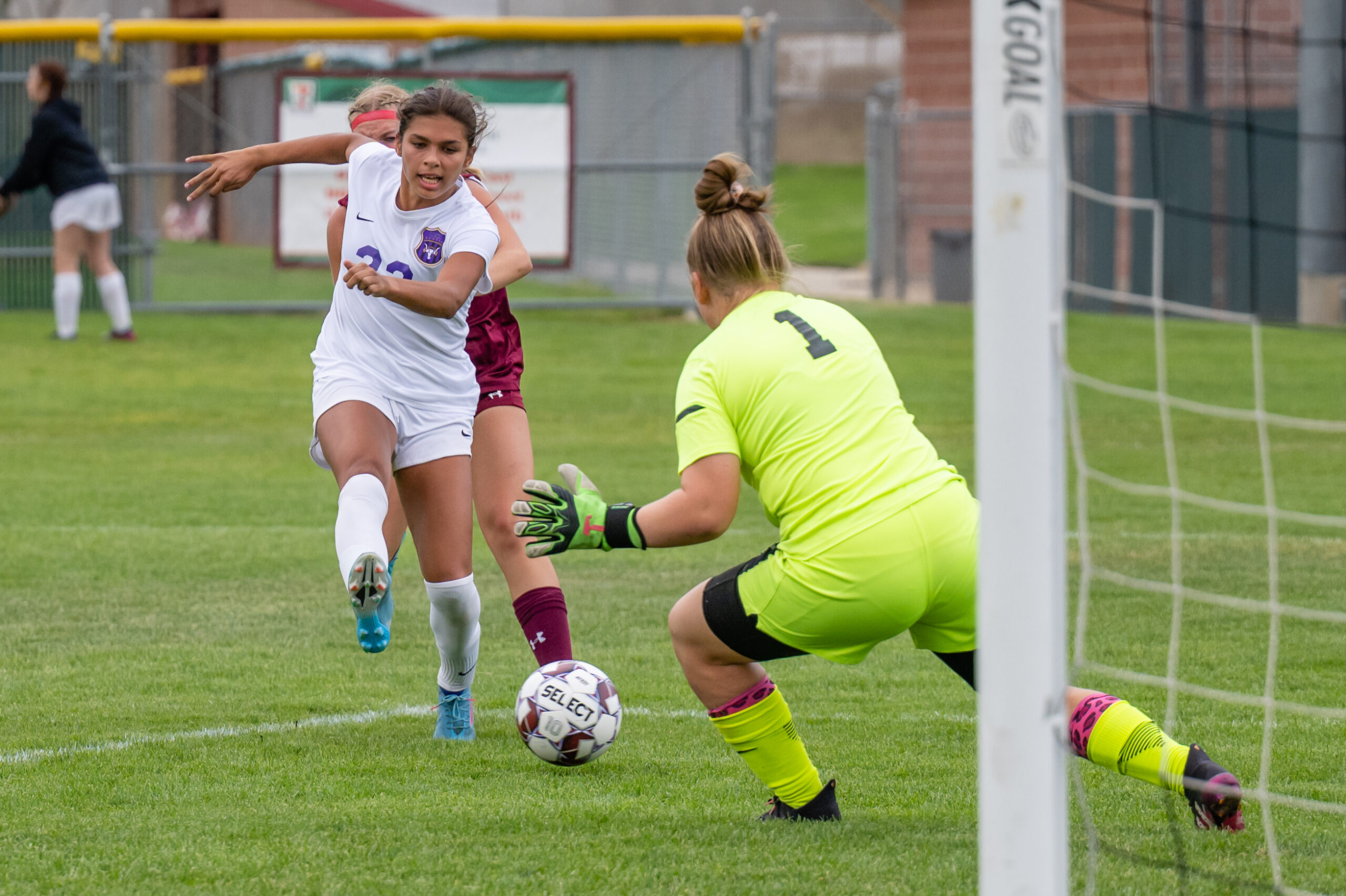 The Lehi High School girls soccer team posted 3-1 results including two shutouts in the past couple of weeks as Region 8 play continued.

The Pioneers rolled over the Beetdiggers on the road, taking a 3-0 lead into the break and adding one more score in the second period. Senior goalkeeper Hayley Ogden made three saves to help preserve the shutout.

“We really dominated in all phases of the game,” said Coach Tim Graham. “It was a great overall performance.”

Ogden made seven saves against the Bruins to ensure her third consecutive shutout. The Pioneers scored a goal in each half on the way to the victory.

Senior midfielder Reagan Jorgensen and Smith each hit the target and Grimley tallied the game’s only assist. “We played very well,” Graham said. “We possessed at a high level and finished our chances.” The game was called with seven minutesleft due to lightning in the area.

“Mountain View made some defensive adjustments based on our last game with them,” the coach said. “We quickly made some tactical adjustments. The girls listened and implemented things right away. They are really starting to gel and it’s exciting to be part of.”

The Pioneers got off to a good start against the region-leading Timberwolves on the road. Senior midfielder Aeyan Gommconverted off a great corner kick from junior midfielder Erin Dahl in the first period and the teams were knotted at one goal apiece going into the break.

“We played great soccer in the first half,” Graham said. “We as a team have been battling some sort of illness and we ran out of gas in the second half and gave up two goals.”

The Pioneers prevailed over the Thunderbirds at home with the help of nine saves from Ogden to sweep the season series. The teams were tied 1-1 at the break but Lehi was able to net one more ball than the visitors in the second period.

Ballard had a goal and an assist while the remaining two scores came from senior defender Chantel Mingo and Jorgensen. Dahl and Smith were responsible for the other assists.

“We possessed well and really played our style of play,” the coach said. “Timpview scored their two goals on penalty kicks, one in each half.

“Our girls fought hard and really had control of the game from the start,” Graham said. “I am super happy with the way they are progressing as a team.”

With two matches left in the regular season as of Monday, the Pioneers remain in third place in the region with a 7-3 league record and a 9-6 overall mark.