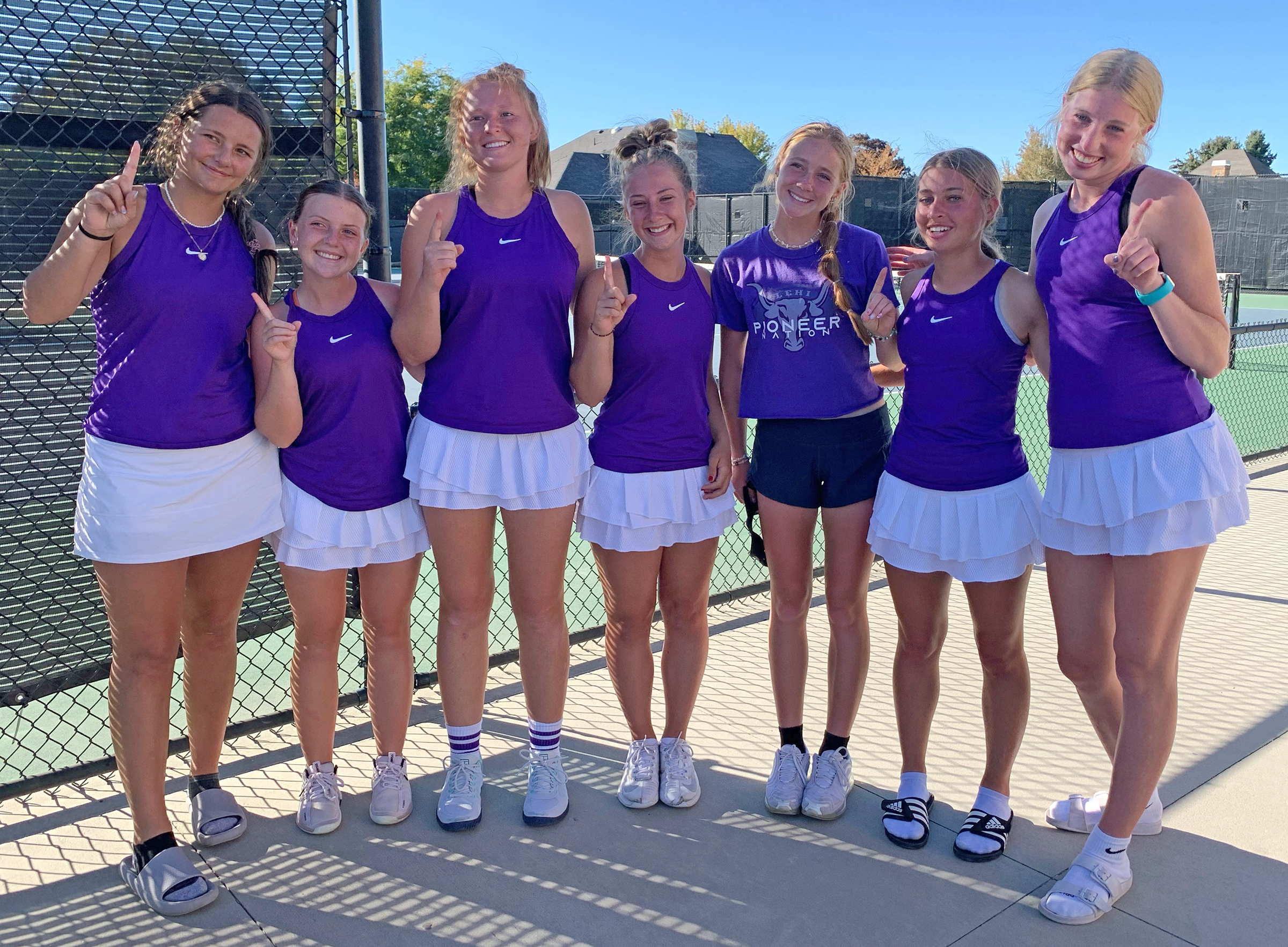 The Lehi High School girls tennis team advanced players to the Round of 16 in four out of five brackets following first-round play on Sept. 24 at Brighton High School, earning four points in the 5A state tournament.

However, the Pioneers were not successful in their second-round appearances Sept. 29 at Liberty Park in Salt Lake City and those matches concluded their participation in the postseason meet.

Lehi No. 1 singles player Caroline Moon, a senior, was seeded at No. 10 and defeated No. 23 Paige Reynolds of Mountain View to move on to the second round. There she fell to junior Lucy Wallin, the No. 7 seed from Skyline, in straight sets 6-0, 6-0.

The Pioneers were represented by a promising youngster in the No. 2 singles bracket. Freshman Sadie DeSpain was seeded at No. 15 and defeated senior Aliya Benson of Wasatch at No. 18 in the first round. She was then matched against No. 2, junior Elisabeth Carter of Olympus, and bowed out 0-6, 0-6.

Junior Emmeline Burnett was seeded No. 18 in the No. 3 singlesbracket and lost to No. 15, senior Halle Murphy of Springville, in the first round.

In No. 1 doubles, senior Kylee Nielson and junior Alyssa Wheeler were seeded at No. 19 and scored an upset in the first round by eliminating the No. 14 Bountiful duo of Rebekah Palmer and Summer Willis.

They put up a good fight in the second round by winning seven games in Lehi’s closest match of the day, but they eventually lost to the No. 3-seeded squad from Woods Cross, junior Chloe Hawkins and freshman Ruby Robbins, who prevailed 6-4, 6-3.

In the No. 2 doubles bracket, senior Mylee McAllister teamed up with junior Annmarie Jones and they earned the No. 15 seed. In the first round they retired the No. 18 pairing from Provo, Ruby Pope and Sophie Astle.

However, they then had to face the No. 2 seed, junior Lucy Nebeker and senior Caroline Larsen of Timpview. The Pioneer pair won some games, but the Thunderbirds moved on with a 6-3, 6-2 result.