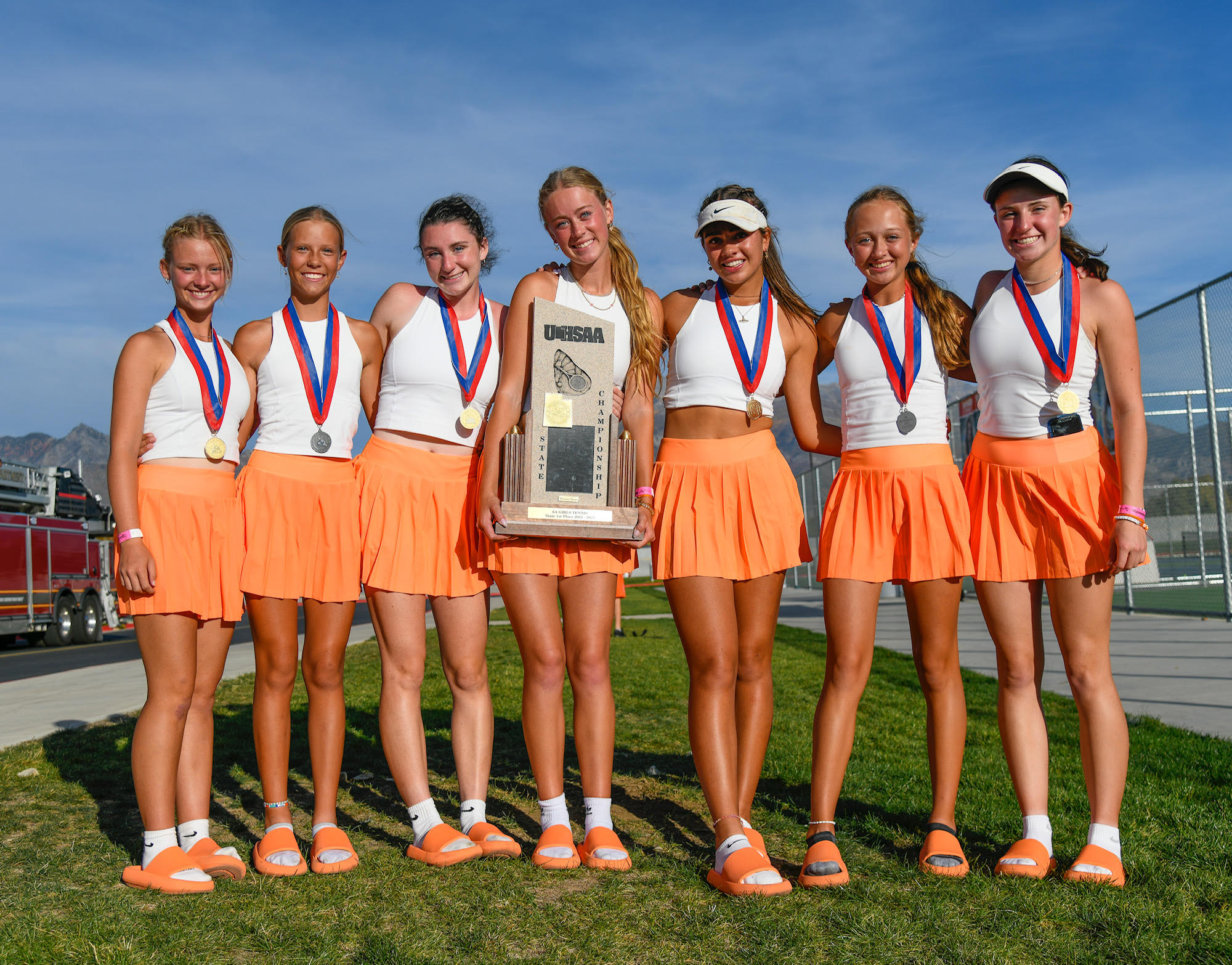 The Falcons were ahead by six points after the first three rounds and advanced all members of the team to the semifinals.

In first doubles, Savannah Johnson & Kaia Sperry were named doubles champions. With a match score of 6-2, 5-7, 6-2. In second doubles, Lily Broadbent & Naomi Johnson were crowned champs scoring 6-4, 7-5 in their match.

The final tally ended with Skyridge on top with 56 points. Farmington and Layton were second and third, respectively, with 40 and 33 points.

Skyridge’s Bella Lewis was defeated in first doubles classification in the final round to Farmington’s Anna Frey.