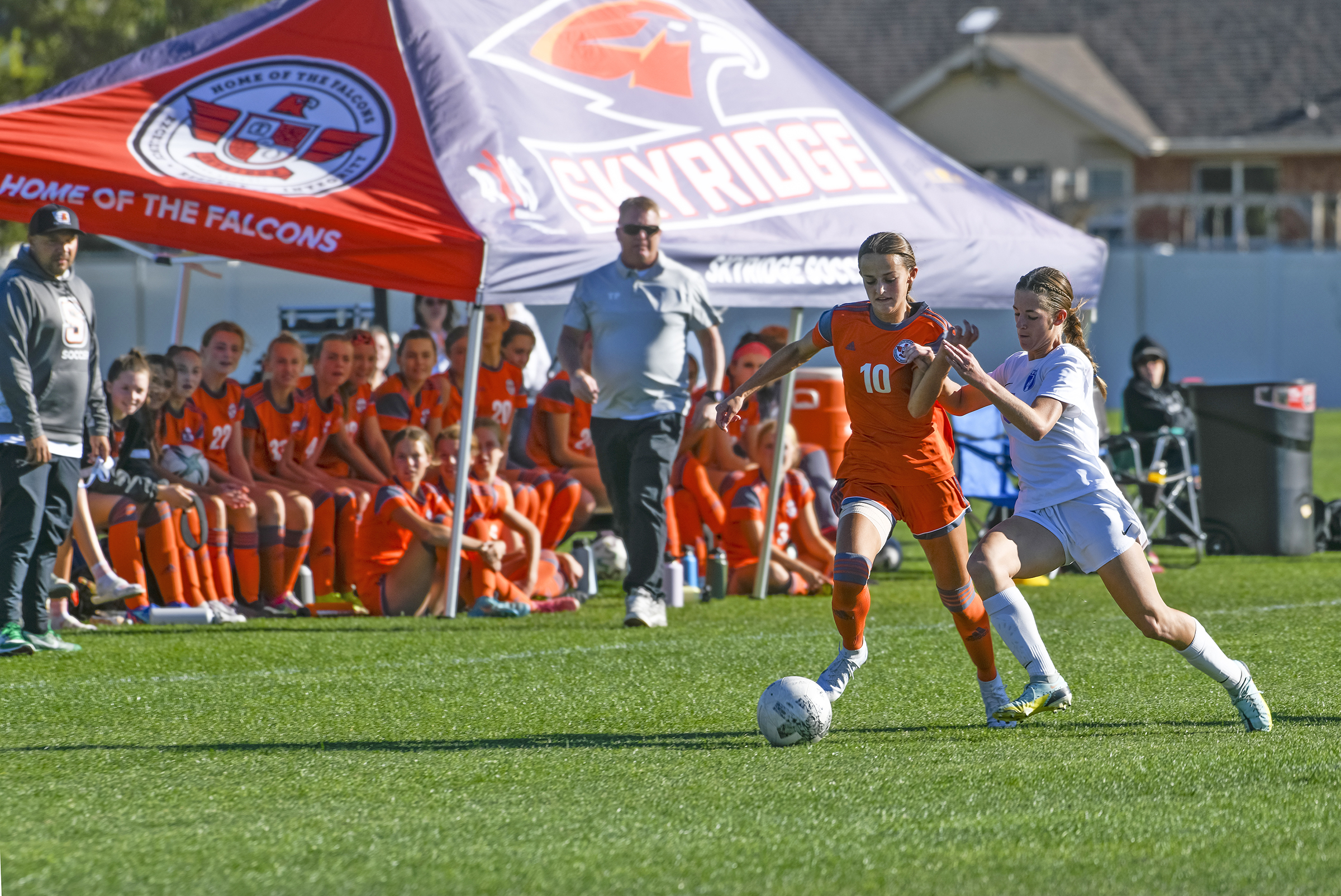 The Skyridge girls soccer team has advanced to the semifinals of the 6A state tournament after besting two opponents this week. The No. 11 Falcons (10-9) will face No. 7 Davis (12-5) on Tuesday (Oct. 18) at Juan Diego High School in Draper. Kickoff is set for 5:30 p.m.

In the Thursday (Oct. 13) quarterfinal, Skyridge had the opportunity to host No. 19 Fremont after both teams pulled off upsets in the previous round.

In the first period, Falcon junior midfielder Amanda Caswell and junior forward Annika Johns each found the target after receiving passes from senior midfielder Addi Arnell. The Silverwolves also got a goal on the board, making it 2-1 for the host school at the break.

Despite Fremont’s putting a lot of pressure on the attacking third, especially in the final 10 minutes of the match, the Skyridge defense held firm and the team advanced to Tuesday’s contest.

In a competitive battle for an opportunity to play in the state quarterfinals, the Falcons and the Vikings fought hard throughout the game. In the end, the Falcons held on to the state run, beating Pleasant Grove by the slimmest of margins.

It was a scoreless first half as both teams dominated defensively to protect their nets. Falcon senior forward Kylie Olsen scored the game’s only goal late in the second half assisted by freshman forward Allie Beard.

Skyridge goalkeeper Allie Noorda got the shutout as she protected the net with great physicality.

Falcon Head Coach Toby Peterson said, “Pleasant Grove is a solid team that is well coached. Both teams gave it everything today. We have been working so hard for the opportunity to advance and make it back to the state championship game.

“We also knew that if we could make the field wide as well as long, the windows would open and we would have an opportunity. I thought we defended well and we worked together as a team and we were able to sneak one in for a great win,” he added.

Olsen said, “It felt awesome getting the goal, as soon as it went in I could feel the adrenaline rush all over. I felt so happy.

“This game was definitely tough. It was evenly matched. I am really proud of my team as we really had to work for it today,” the player said. “For practice, we prepped physically as well as mentally. We had a good breakfast this morning as we all got together and met at Kneaders.”