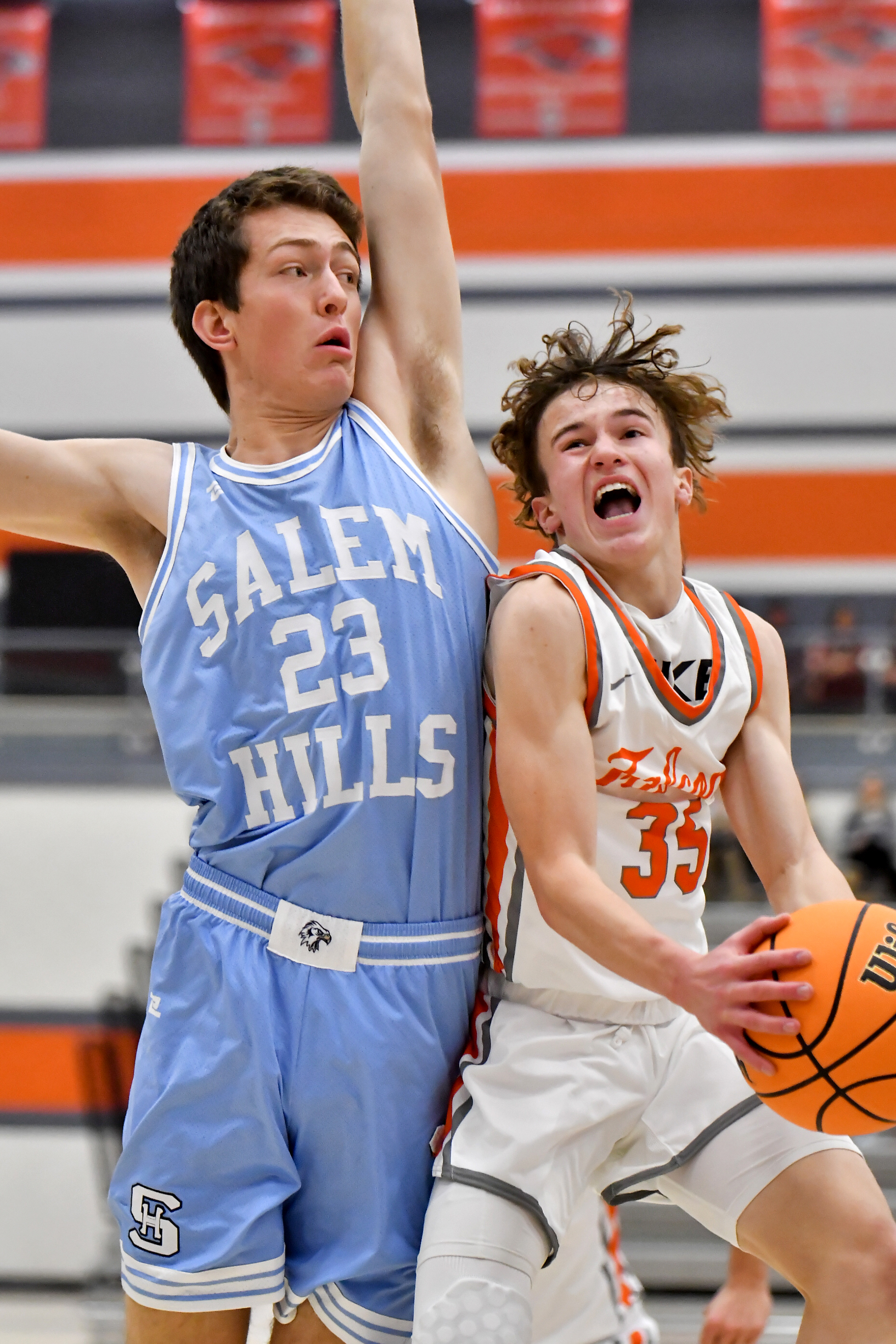 The Falcons were in control from start to finish in this game, limiting the Jaguars to just six points in each of the first three periods. Skyridge had a dozen players score in the contest led by senior guard JJ Jory with 12 points, all from triples.

The teams dueled even through the first quarter of this opening contest of the Classic, but the Falcons were just a point or two shy in each of the other three to end up with the narrow loss.

Hunter was the leading scorer this time with 17 points, followed by Jory with 14 points including four buckets from long distance. Senior guard Cannon Jensen and sophomore guard Josh Hansen each added 11 points to the tally.

The Falcons got off to a fast start against the Grizzlies and built a 21-11 lead by the end of the first period, but a slow second quarter ended up being the difference as the teams matched each other’s scoring after the break.

It was a back-and-forth thriller against the talented Phoenix but the Falcon efficiency at the line was enough to make the difference in a drum-tight finish as they hit 11-of-13 (85%) from the charity stripe in the exciting victory.

Jensen scored 21 points to lead four Skyridge players in double figures. The team netted a dozen attempts from long distance during the evening, including six from Jory on his way to 20 points and five from Larson to make up his 15. Cy Hansen added 13 points in the effort.

“It was a great weekend of games at the Falcon Classic,” said Coach Jeff Gardner. “We had our strongest field top to bottom that we’ve ever had. We played three really good teams and learned a lot about our team.

“We got a really good win on Saturday against Farmington,which is one of the best teams in Region 1,” he continued. “Mason Hunter was named to the All-Tournament team and had a really good weekend for us. JJ Jory and Tate Larson hit acombined 11 3-pointers for us on Saturday.

“We have another tough week ahead with two of the top teams in Region 1 with Layton and Fremont,” the coach said. “We’re looking forward to the challenge.”