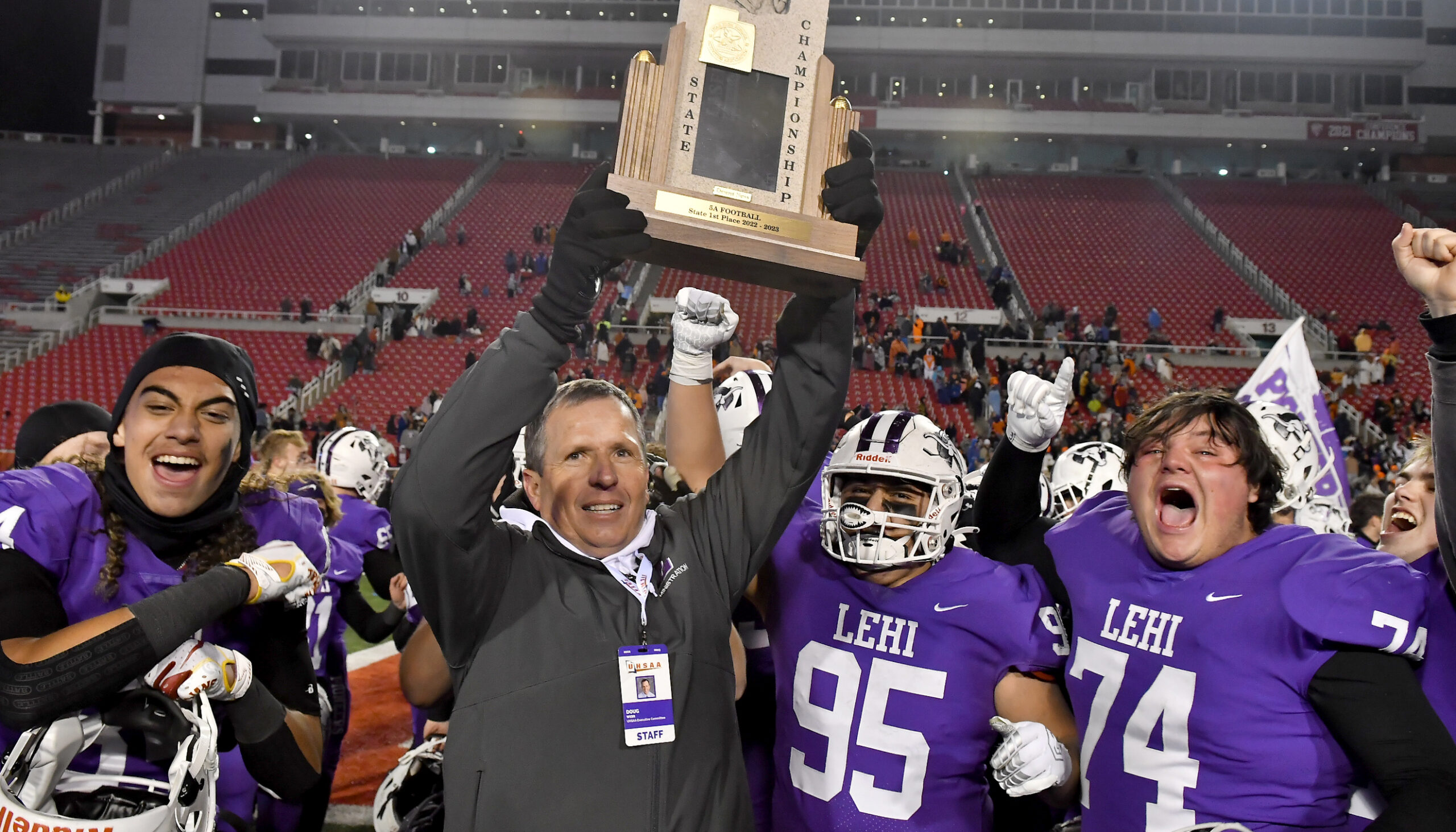 This year’s two football large-school state championship programs might be facing each other in a future title game if the Utah High School Activities Association approves the proposed realignment for the 2023-25 school years.

It was announced earlier in the process that Lehi was under consideration for being reassigned to Class 6A as the school’senrollment numbers put it on the borderline between 6A and 5A.

Today, the UHSAA released their proposed region placement. Lehi is included in 6A Region 2 with Bingham, Copper Hills, Herriman, Mountain Ridge and Riverton.

Skyridge is placed in 6A Region 3 with the same schools that are now in Region 4 – American Fork, Corner Canyon, Lone Peak, Pleasant Grove and Westlake.

Under the present proposal, there are only 18 schools in Class 6A and just three regions of six schools each. Region 1 includes Davis, Farmington, Fremont, Layton, Syracuse and Weber.

A public hearing will be held on Wednesday, December 14, 2022, at 7p.m. in an attempt to get feedback from the various districts and schools on the placement of schools into regions.

The public hearing will be held virtually via Zoom only. Information will be sent to districts and member schools on December 12 for those interested in presenting to the Board.

In addition to the hearing, the UHSAA Board of Trustees is seeking public comment regarding region placement of schools through the following link:https://www.uhsaa.org/machform/view.php?id=14359.

The assignment of schools into regions will be established on December 15, 2022, by the Board of Trustees, allowing time for schools and regions to organize and schedule for the two-year alignment period. The first contests under the new alignment will take place the fall of 2023.

According to the UHSAA press release, the enrollment data upon which the alignment is based will be less than one year old. The UHSAA Board of Trustees retains the responsibility for alignment of all member schools.