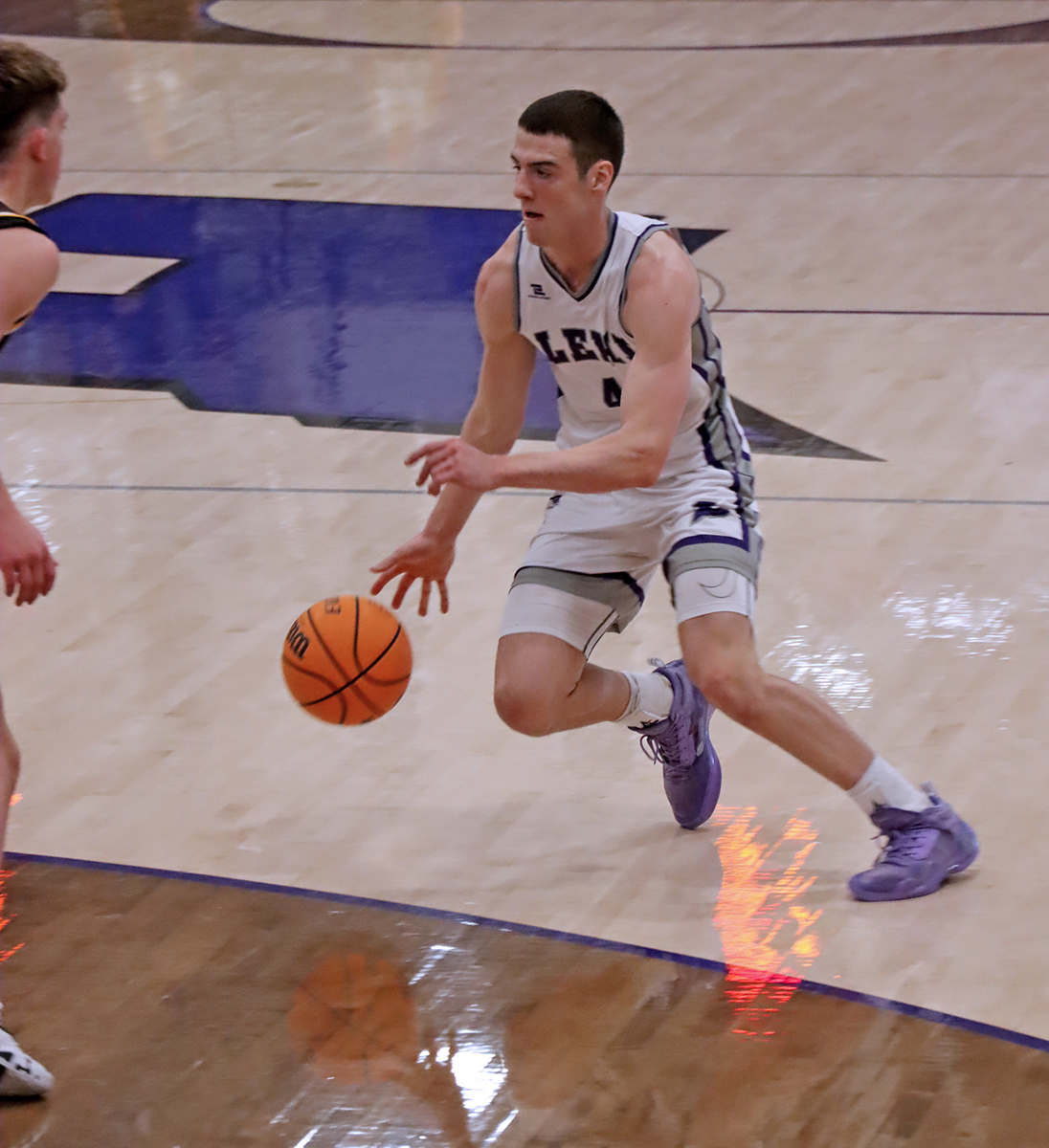 The Pioneers started hot against the Aviators and never let up as they put together a solid effort on both ends of the court to get the home victory in the inaugural game of the season.

Lehi won the tipoff and the ball ended up in the hands of senior guard Spencer Anderson, who gave it to

junior guard Cooper Lewis for a quick triple. Cedar Valley answered on their end to match the tally, but then the Pioneers made a run.

Junior forward Grayson Brousseau snagged the ball on the defensive end and hit a long jumper to capitalize on the turnover and followed up with a similar shot on a subsequent opportunity.

On the next trip down, Lewis got a board and went coast-to-coast for a layup. He grabbed another defensive rebound after this score and Brousseau demonstrated his low-post moves to get the bucket and push Lehi ahead 11-3 just three minutes into the contest.

The lead ballooned to double digits after Lewis hit back-to-back treys on either side of a defensive board by senior forward Tanner Cook. The quarter ended with a 17-12 advantage. It was 33-22 at the break but 53-32 by the end of the third period.

Lewis finished the game with 19 points shooting 53 percent from the field and 43 percent from long range. He also had eight rebounds, six assists and three steals. Ten days after the end of his football season, Brousseau went 7-of-8 (88%) for 15 points along with four boards.

“It was a good first win,” said Pioneer Coach Quincy Lewis. “We defended well and Grayson did a good job in his first game as we’re working him back in after football. Preston had a nice, solid game that showed his experience. Tanner and Bryson gave us a lift in the third quarter off the bench.

“Cedar Valley is going to have a good year,” the coach predicted. “They played Lone Peak within two points the other night. Coach Pugmire is doing a fantastic job at that school.”

The Pioneers jumped ahead early against the Darts as well, leading 15-7 after the first quarter and 32-21 at the break. However, Davis kept the margin in single digits for most of the second half but was never quite able to get over the hump.

“This was a good win against a traditionally good program,” said Coach Lewis. “They played hard. We had a couple of chances to get up by 20 and didn’t put the game away. This is something we’ll get better at. It was great to see Braxton step up and Bryson and Preston hit big shots when we needed it.”

Lehi hosts the Holiday Hoopfest on Friday and Saturday. The Pioneers will play Faith Family out of Texas on Friday at 7:15 p.m. and Pebblebrook of Georgia on Saturday at the same time.The event runs from 10 a.m. to 10 p.m. both days.