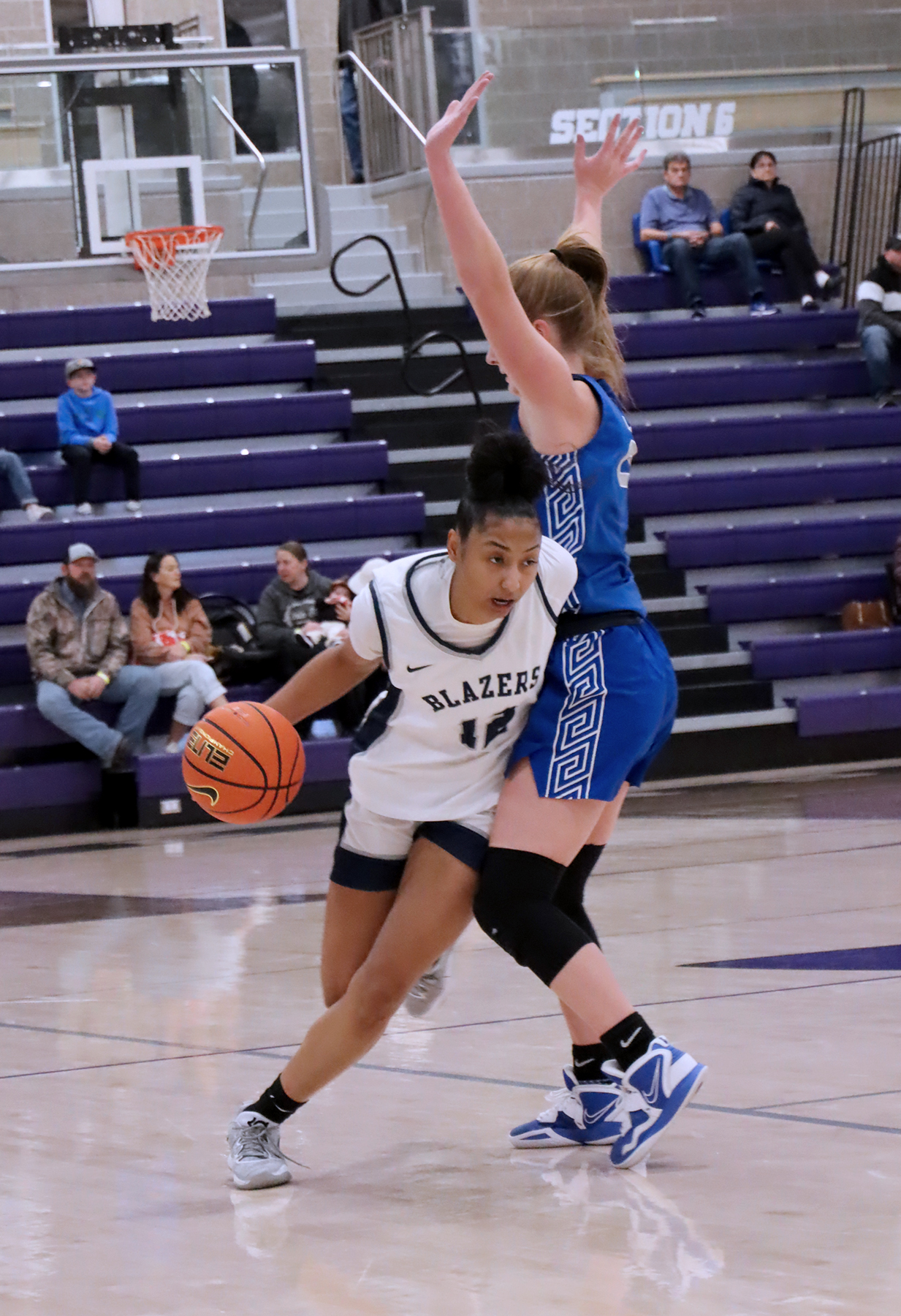 The local community had the opportunity to feast on some great basketball last weekend as 11 teams from Texas, Georgia, Missouri, California and Nevada converged on Lehi to play in the Utah Holiday Hoopfest basketball showcase on Friday and Saturday.

“The purpose of these events is to bring together the best in high school basketball on a regional and national level and allow teams to compete against other top programs from around the country,” said Glenn Smith, President and Founder of Hoopfest Basketball, Inc.

The Corner Canyon boys and Lone Peak girls were the only Utah teams to win games during the weekend, but seven of 16 contests ended with the margin in single digits, including both of the games played by the Lehi boys. This year’s slate includedeight teams that won their respective state championships last season.

There were four girls teams ranked in the top 25 nationally, including local entrant Lone Peak. The defending 6A state champion Knights entered the weekend ranked No. 15 in MaxPreps.

They demolished No. 23 Centennial of Las Vegas 66-46 in the nightcap on Friday. On Saturday night they took on No. 2 Sierra Canyon out of Chatsworth, California. Their squad includes the top-ranked recruit in the country, Judea “Juju” Watkins.

The Knights outshot the Trailblazers 34-30 after the break but couldn’t quite erase a halftime deficit and Sierra Canyon pocketed a 64-56 victory.

“The Hoopfest was a great event that we were fortunate to be a part of,” said Lone Peak Coach Nancy Warner. “To have the caliber of teams and athletes that came from out of state to play us so close to home was a great opportunity.

“Being able to compete against that kind of competition early on in our season provided great tests for us,” she continued. “What a fun environment it was to play in on Saturday night against one of the top teams in the country in Sierra Canyon.

“It was arguably one of the best high school girls basketball games in the state of Utah in a while,” Warner concluded.

The Pioneer boys didn’t win either of their games, but they were decided by five and six points, respectively.

“Hoopfest was a great success,” said Lehi Coach Quincy Lewis. “We had some of the top teams in the country from the boys and girls sides competing and really it was a lot of fun.

“We had many comments come back to us from visiting teams and fans of what a great event it was,” he added. “We appreciate the community support we received.”

The was the second annual event and it’s expected to return again next year.