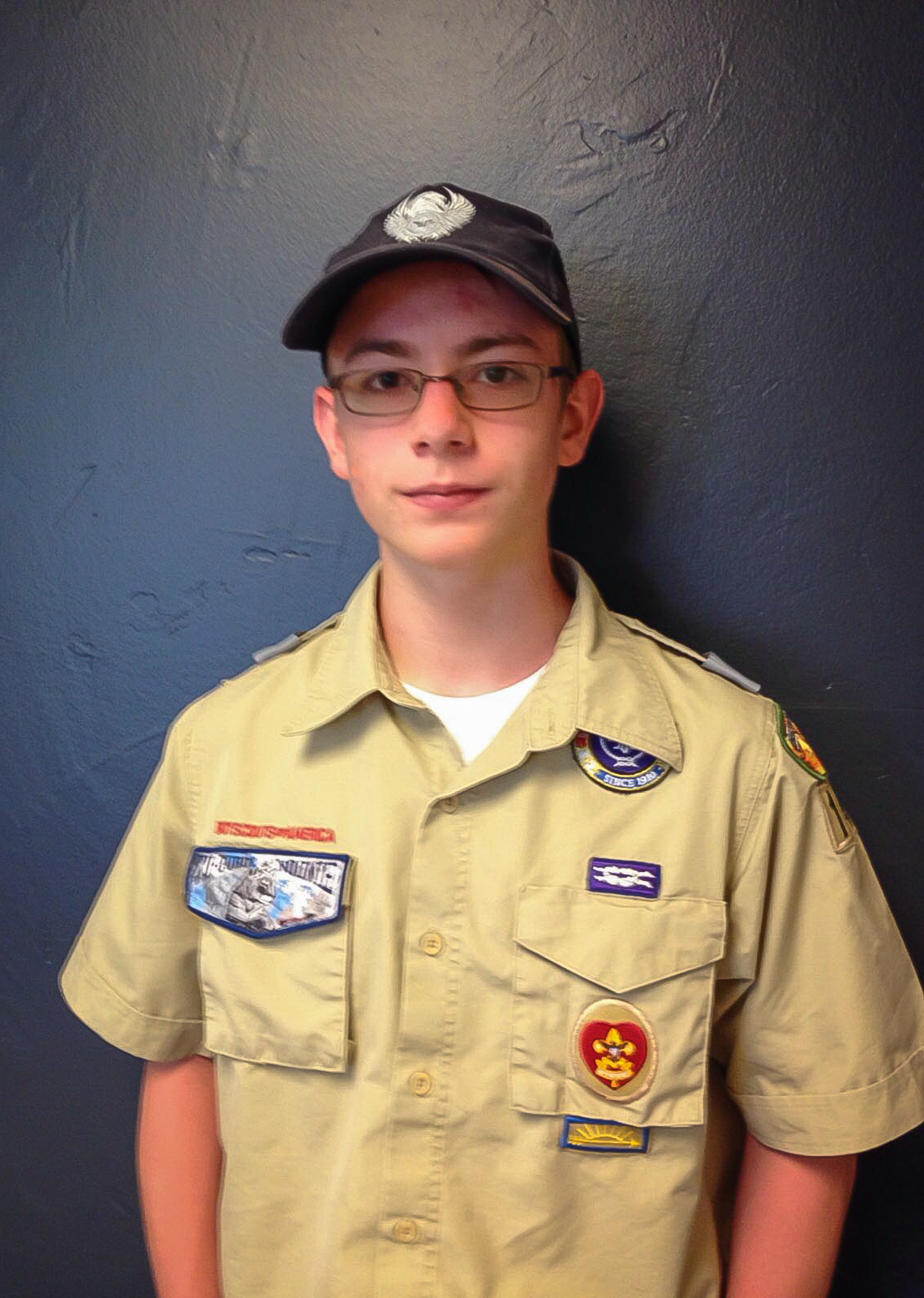 When John and Shiloam Chapman built their home twelve years ago in Lehi’s Cranberry Farm subdivision, 2100 North was a quiet two-lane gravel road. Each year since then more and more commercial development has been built in the area. 2100 N. and 2300 West is now a major thoroughfare through Thanksgiving Point to I-15 northbound and west to Redwood Road. What was once a quiet, rural neighborhood is now situated between major arterials. Residents of Cranberry Farm face blocked neighborhood access and time delays trying to get out of their subdivision each morning and afternoon.

When Skyler Chapman, fifteen- year old son of the Chapmans, was contemplating an Eagle Scout project, the problem of traffic congestion was a recurring topic in family conversations. In brainstorming sessions with parents and Eagle Scout coach, David Woolsey, he knew he wanted to do something he felt passionate about. He had two ideas, figure out a way to bring awareness to the public about the traffic problems in his area or clean up a vacant lot close to his neighborhood. Finally, a thought from his business teacher, Mr. Assmus, at Willow Creek Middle School stuck with him, “to be successful do something you love.”

Being adept at video production and driven by the idea of making an impact on a very troubling problem, Skyler decided to pursue the traffic study project with results being presented in a short video. With encouragement from his Eagle coach, his parents, and friends, he organized a two-week traffic study of the intersection of 2100 N. and 2300 W. With support from several copy and print stores, flyers printed and handed out to drivers at peak traffic times. Banners were posted daily at the intersections, directing drivers to roll down their windows and receive directions to respond to the survey. An online survey was also made available. A neighbor and traffic engineer, Bill Hereth, also provided valuable guidance.

Aerial videos were taken by drones that showed traffic patterns during rush hour traffic. Chapman used his own drone until it crashed due to propeller failure. Neighbor and friend, Rand Blair, helped complete the aerial views. With over four hours of video, Chapman edited, added music, color corrected, created transitions, and added titles to the finished video. With encouragement from City Council members Paige Albrecht and Chris Condie, and Lehi City Engineer, Ross Dinsdale, Chapman was given an opportunity to present his findings to the Mayor and the entire City Council

Highlighted in the video presentation was the following:

The problem of idling cars adds to air pollution in the area.

Chapman made two recommendations to the City Council:

In interviewing Chapman, he says, “Hundreds of hours, and hundreds of people made this project possible. I have been able to present my video to UDOT and to Lehi City Mayor and City Council. They are now aware of the problem.” Mayor Bert Wilson commented after viewing the video, “You found a problem and tried to fix it.”

Chapman’s advice to other prospective Eagle Scouts is, “If you want your projects to succeed, find a way to be passionate. Otherwise you’ll find yourself regretting your decision.”

Chapman will spend his summer as a member of the Boy Scout camp staff at Schofield. He will then continue his studies this fall as a sophomore at Lehi High School.

His parents are very proud of Skyler and his dedication to this project. Shiloam sighed as she thought about the next Eagle Scout project that brother, Casey, will attempt. “He will have a great example to follow.” Sisters, Courtney, and Saylor will be there to cheer their brother on.