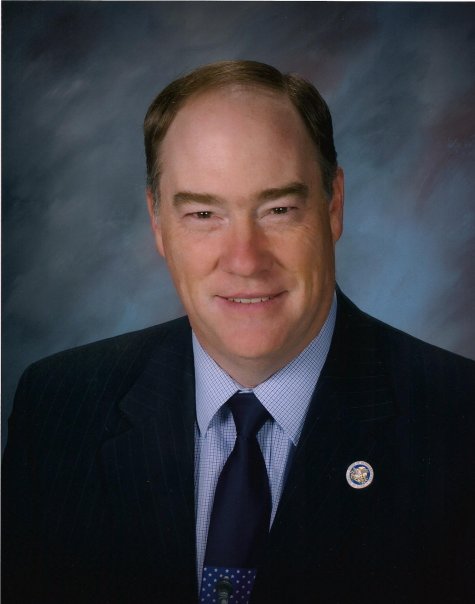 The following is an interview conducted by Lehi Free Press with David Cox, a former Utah State legislator and longtime educator. Cox has written legislation to facilitate large school district splits. He discusses the idea of a Lehi City School District.

David Cox, lifetime Lehi resident, is a career teacher and former state legislator. He has taught at Lehi Elementary, Sego Lily Elementary, Odyssey Charter School and after retirement, with his wife Zina, in China.

LFP: When were you a legislator and what motivated you to run for the legislature?

DC: I was a state legislator from 1999-2006. I was teaching at Lehi Elementary and the voucher issue kept coming up. I felt legislation creating a voucher system would likely pass and I was opposed to vouchers. For the next seven years, I was active in opposing vouchers. Many state legislators and senators felt vouchers would give parents a choice in schools. School choice was a major political trend during my time in the legislature. I knew vouchers would not solve education’s problems. With vouchers, all schools would be government schools. Control is always attached to money! Ultimately, you have the tail wagging the dog!”

LFP: What was your motivation to write legislation to create smaller school districts.

DC:  I heard many complaints from my constituents about education. Education leadership did not know the source of the criticism of the schools. I did.  When schools and school districts get too large people are marginalized. They no longer feel their voice is heard. The attitude is, “Let the experts or professionals do it.” During my time as a legislator, parents found other ways to have a voice, for example, home schools, or private schools. Charter schools were the compromise. The answer is to divide large districts.

LFP: What are the specifics of the legislation you wrote to divide large districts?

DC: There are three ways big districts can be divided:

Board initiated split. In my opinion this is the best way. The school board can initiate and facilitate a district split. The district can protect employees’ salaries and benefits in the process of a split.

A city has the option to put the district split on the ballot. The city must be a 2nd class city or have at least 65,000 residents. The city which votes itself out of a district are the only ones to vote. This was a provision added to my legislation to get it passed. This is how Canyons School District was created. The citizens of Sandy were the only ones to vote. This would not be a preferred way, in my opinion.

LFP: Would you recommend a split of Alpine School District?

DC: Absolutely! We would still be a huge district if we split with Eagle Mountain and Saratoga Springs. The 65,000-resident rule does not bind a school board. A board can govern as few as 3,000 students. Research shows that smaller districts can be just as viable financially as a big district. Funding for salaries (M&O) is equalized in this state and is controlled by the state legislature and governor, not local school boards. What a small district can do is control the number and size of schools. Alpine School District will continue to build large schools in Lehi to accommodate growth so long as we stay in this district.

In further conversation with Cox, he said he has studied issues of size particularly when he served as a stake clerk in Lehi Stake of Church of Jesus Christ of Latter-day Saints. He found in his position, “Division brings more opportunities for leadership. The church can handle growth because they divide.”

According to Cox, “Most of the state’s school districts were drawn corresponding with LDS stake boundaries. In the early 1900’s Lehi was its own district. In 1915, the state legislature forced Lehi to consolidate and become part of Alpine School District, whose boundaries were originally Alpine Stake. Granite, Jordon, and Nebo Districts were also drawn around church stake boundaries.”

According to Cox, “Today, Provo, Murray, Park City, Salt Lake City, and Logan are city districts. I believe the most effective leadership is the shortest distance between employer and employee. Employers are more likely to reward people they know. Additionally, smaller districts have almost direct accountability to their patrons.”

One of Cox’s  favorite quotes is by Mahatma Gandhi:

“Men…should do their actual living and working in communities…small enough to permit genuine self-government and the assumption of personal responsibilities, federated into larger unites in such a way that the temptation to abuse great power should not arise.”

Cox has been an ardent voice for small schools and small school districts. His website smallerschools.org has a large following of parents and educational leaders.

Billion-dollar I-15 bond result of years of effort