Neighbors take safety matter into their own hands 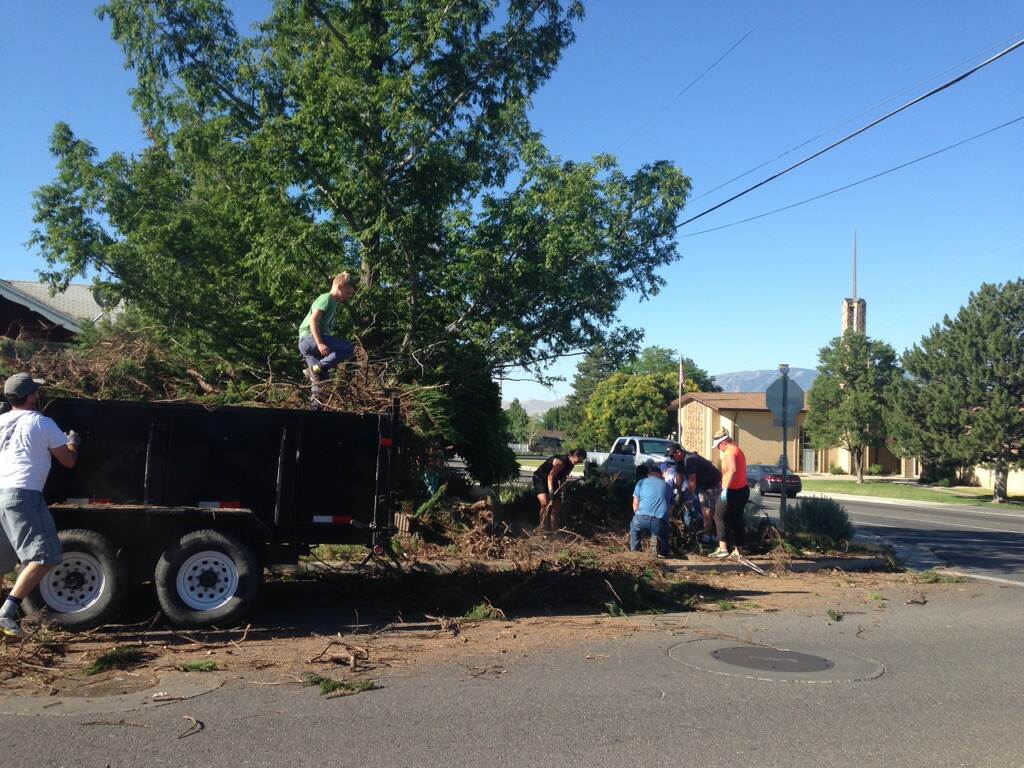 Kembree Burr, daughter of Randy and Rachel Burr, was hit on her bicycle last fall at the intersection of 900 North 1200 East. Kembree suffered a broken leg and emotional trauma. She is fine today, but the intersection is still very dangerous with heavy traffic traveling through the intersection each day.

After the accident, the Burrs, along with several neighbors, attended a city council meeting pleading with the city to improve the safety of the intersection. Children who attend Sego Lily Elementary who live in neighborhoods east of the intersection must cross twice daily to get to and from school. The city added blinking lights to the 4 -way stop signs, but the intersection is still dangerous.

The Burrs felt removing a large shrub at the corner would add visibility to the area and give pedestrians the ability to see more easily the cars traveling into the intersection and drivers could see children crossing. With permission from the homeowner, neighbors gathered Saturday morning, July 1, to remove the evergreen.

More than a dozen friends gathered and took out the large shrub. A man traveling in the area saw the project and offered the use of his back hoe. After several hours, the work was completed.

Rachel Burr commented, “I have two goals…having the bush removed was one and getting a crossing guard to help students safely cross the intersection is the other.”