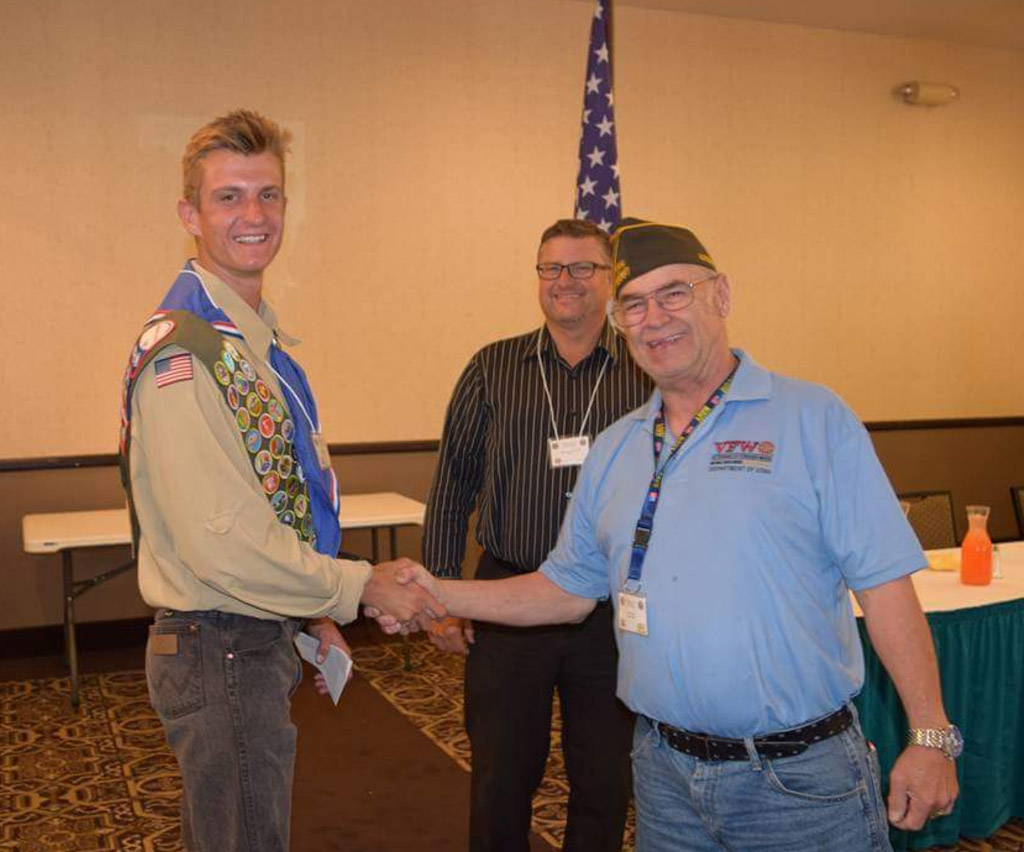 Jacob Maxwell Berry, a recent graduate of Skyridge High School, was honored as Utah’s scholarship winner of the Veterans of Foreign Wars Scout of the Year Award on June 10, 2017 in Ogden, Utah.  His application has been submitted at the national level, where he will compete against 49 other youth for additional scholarship money.  Jacob is the son of John Maxwell and Tamra Jones Berry

Berry’s application was submitted through VWF Post Commander Michael T. Stiebing of the West Jordan post, and from there he was awarded post, district, and state awards. At each award ceremony, he met with many men and women who have served our country with honor. Scout of the Year participants are judged on the categories of community service, high school clubs/activities, and leadership. They also must be an Eagle Scout.

Berry’s Eagle Project included interviewing members of American Legion Post 19 veterans and recording their stories into a hard-bound book that was donated to Post 19 at the Lehi Memorial Day Celebration in 2014. The stories included memories from veterans who served in WWII, Korea, Vietnam, and Desert Strom. Berry’s scout troop, under his direction, then posted over 2,000 flags on veterans’ graves at Camp Williams on Memorial Day and posted the jumbo flag that overlooks all of Camp Williams.

Jacob states, “This project was a great honor, and I learned so much from these amazing men who served our country.  I’m grateful to be representing the State of Utah at the national level.”