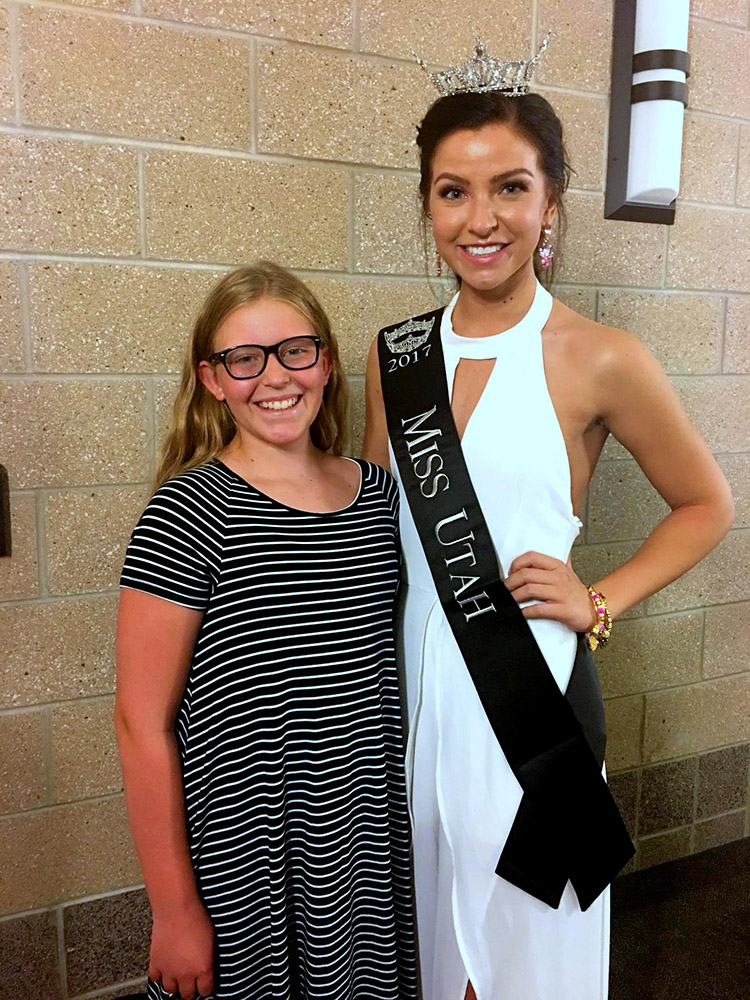 For 13 year-old Annabelle McKinnon, the summer of 2017 has been all about singing the National Anthem. In 2016, McKinnon auditioned to sing for the 2017 Round-Up Rodeo in Lehi. She was by far the youngest person to audition to sing at the rodeo and she blew everyone away.

Annabelle has been performing in drama productions for years. She’s learned to belt songs out and stay on-key even when she’s nervous. “Once I start, I don’t stop singing. I haven’t forgotten any words so far. If I did, I’d just keep singing,” said McKinnon. There was one event where Annabelle started on a higher note than she usually does, so she wasn’t able to belt out, “And the rocket’s red glare!” as loudly as she normally can.

After the audition for the Round-Up Rodeo, Annabelle’s Mom, Ashley McKinnon, did a little research on auditioning to sing the Star-Spangled Banner at other events. She emailed the Orem Owlz, who were pleasantly surprised to hear from someone so young. Ashley McKinnon has helped with pageants in Utah County for many years, so she was able to get auditions for Annabelle to sing at a few pageants this summer, including Miss Utah’s Outstanding Teen pageant. “If you think about it, we sing the National Anthem at so many events,” said Ashley McKinnon. “There’s always something to audition for.”

Annabelle McKinnon applies some of the tricks she’s learned acting in theater productions to singing the National Anthem at different events. “I like pretending to be someone else. If I do something embarrassing, it’s okay because I’m someone else,” Annabelle explained. McKinnon will audition for the Lehi Arts Council production of Little Mermaid this fall and The Lion, The Witch, and the Wardrobe at Willow Creek Middle School. Next summer McKinnon plans to compete in the Miss Lehi’s Outstanding Teen pageant.