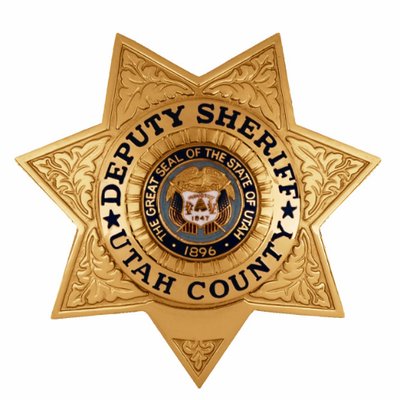 A three-day human trafficking sting operation in a Lehi hotel last week led to the arrests of 26 people over three days. No children were victimized in the multi-agency law enforcement operation, but Utah County Sheriff’s Sergeant Spencer Cannon said, “This is happening everywhere all the time. The people seeking these services just happened to contact police officers in this case.”

The Lehi Police Department and the Utah County Sheriff’s Special Victims Unit teamed with Operation Underground Railroad, a nonprofit organization that fights human trafficking, and the Department of Homeland Security in organizing the sting operation. Police officers posing as “Johns” online arranged to meet a prostitute in a hotel close to the freeway. The arrest of the prostitute led to the arrest of three pimps who were, “all Somalian nationals,” according to Cannon, and more than a dozen others. None of the people arrested in the sting were from Lehi.

“We have the same crimes here in Utah County that you’d see in a big city, just not the numbers. There are some deeply disturbing things happening,” said Cannon. According to Cannon, these types of stings are only conducted intermittently because local police departments and sheriff’s offices have ongoing police work to do –stopping human trafficking operations is just a part of their workload. “We could conduct an operation like this every week with the same result,” continued Cannon.

Human trafficking is a modern-day form of slavery involving the illegal trade of people for exploitation or commercial gain. In Utah, human traffickers are often family members of the victims, but there are many profiles for both victims and traffickers. Second only to drug trafficking in profitability of transnational crime, human trafficking is a $32 billion per year industry. Utah Attorney General Sean Reyes, an outspoken leader in the fight against human trafficking, said during a panel discussion in January 2019, “One of the reasons human trafficking has escalated exponentially is that there is so much reward and there’s very little risk. There is very little chance they’ll get caught [perpetrators], and if they do a lot of times, they’re not getting prosecuted.”

Utah has seen an increase in trafficking rates because the state has two major highway crossroads, many remote areas, and resort businesses. The crime is hidden because victims rarely come forward to seek help because of language barriers, fear of the traffickers, and/or fear of law enforcement. Traffickers use force, fraud, or coercion to lure their victims and force them into labor or commercial sexual exploitation. Perpetrators look for people who are vulnerable for a variety of reasons, including economic hardship, natural disasters, or political instability. The trauma to victims can be so great that many may not identify themselves or ask for help, even in highly public settings.

Traffickers and predators often make initial contact through social media platforms like Facebook, Snapchat, and Instagram, as well as online dating applications. Once the trafficker has a phone number or an email, they can communicate with victims directly. “Parents ought to be putting their nose in their kid’s business. Look at their phones. It’s not overbearing to want to know what’s going on in your kid’s life. Is your child spending too much time alone on the computer or the phone? Do they shut off the screen when you come in the room? Tell your kids why you’re checking on them. Help them make good social decisions,” said Sergeant Cannon.

Cannon has seen many children who become victims of exploitation during his 20 years in law enforcement. Some signs to watch for in a child who is possibly being exploited are;

–
Shying away from normal relationships.

–
Receiving an excessive number of emails or texts from the same person.

–
Wearing new clothes, have a new phone or other expensive items that have not been purchased by parents.

Those warning signs are not automatic indicators that a child is being exploited, but they are reasons to ask the child questions. “A kid might know what’s happening is wrong, but they’re too embarrassed or afraid to tell their parents. It’s important that parents react in a caring way. Make it a family situation. Help them,” urged Cannon.