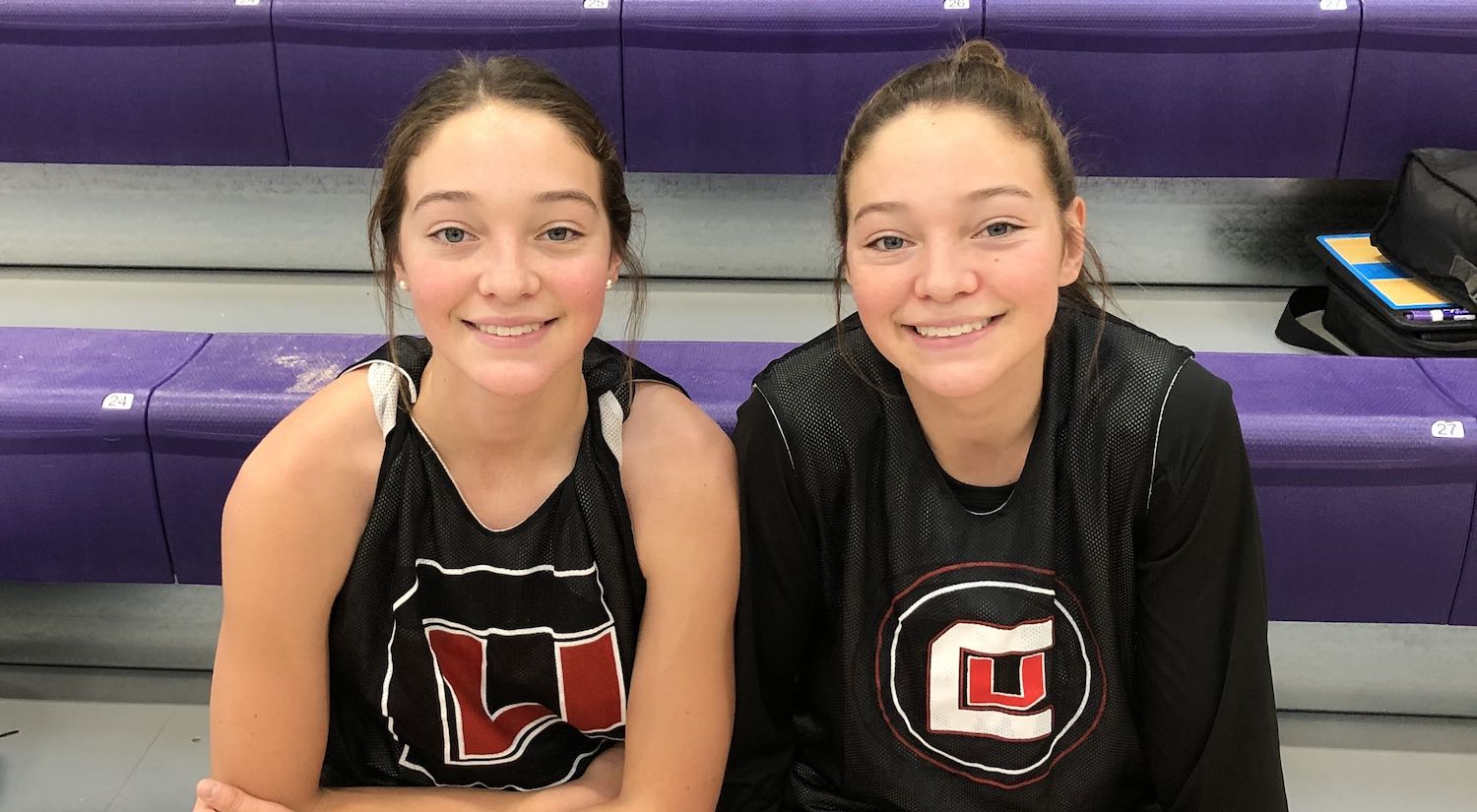 Macie and Maddie Warren don’t just look alike, they think alike, and play basketball ball alike. The identical, mirror-image twins are the daughters of Megan and Cody Warren. They started playing basketball in the fifth grade as teammates on a Junior Jazz basketball team. Their love for the game is evident as they talk about this year’s successful season. The Pioneers are undefeated.

When asked if being twins is an advantage. They both agreed that there are times when they just instinctively know what to do. “We sometimes begin talking at the same time and answer questions the same way.” They attribute their success as a team to, “a fun atmosphere, team support, and holding each other accountable.”

The sisters are both guards and have similar stats with Maddie averaging 19 points per game and Macie 15. Both girls have been offered scholarships at Dixie State, Weber State, University of Idaho, and San Jose State. They have yet to make a decision.

Aubrey Van Pelt, Lehi’s head coach says, “The girls are awesome leaders. They also work so hard and are very driven. They are always wanting to get better.” Assistant Coach, Jordan Downs said, “Maddie is a competitor and handles the ball well. Macie is a leader and pushes Maddie. She is also an awesome shooter. They are both very skilled players.”

Another Lehi Girls basketball player, Apelila Galeai, was chosen Mountainstar Player of the Week by the Deseret News. Lila, as she is called by her teammates, is also a junior and plays the post position. She averages 12.5 points per game and 7.8 rebounds. Downs said, “Galeai is an all- around athlete. She plays hard and is skilled offensively. She can play inside or outside.”

The Lehi girls teams are not just undefeated in play this season, they have defeated their opponents convincingly. Most wins are by 20-25 points. The Lady Pioneers are 13 wins, no losses so far this season.