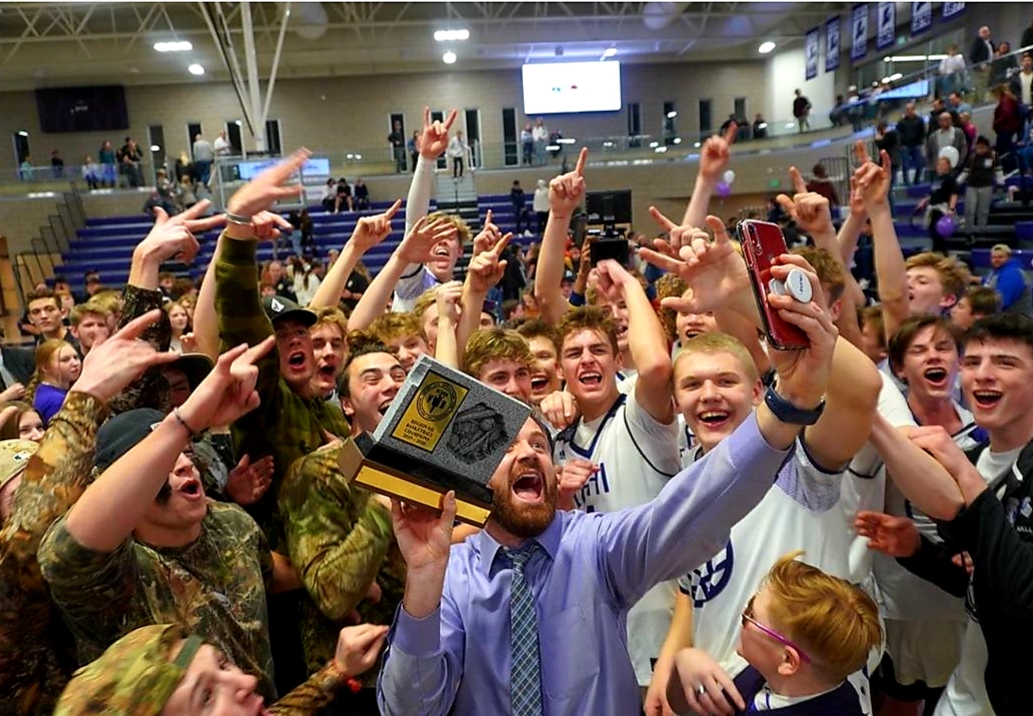 Lehi High’s boys basketball team cruised to a win over Timpanogos on Tuesday, Feb. 11, clinching a region championship and No. 7 seed in the state tournament.

Lehi celebrated its senior night at home vs. the Timberwolves, with the regional title on the line. The Pioneers got off to a hot start and were up by 10 in the second quarter, but Timpanogos fought back and cut the lead to three at the half. The Pioneers came out strong in the second half and outscored the Timberwolves by 7 in the third quarter, then never looked back in the fourth. Tyson Hawkins led the way for the Pioneers, finishing with 22 points. He also led all players in assists with 5. Noa Gonsalves was the next highest scorer for the Pioneers with 15, pouring in 12 of them from behind the three-point line. He also hauled in 8 rebounds. Lehi’s Charles Jacob almost had a double-double for the Pioneers. He finished with 10 points, 8 rebounds, and an amazing 4 charges. As a team the Pioneers shot excellent. They finished with 10 three-pointers on 42 percent shooting. They shot 55 percent overall and 71 percent from the free-throw line.

The Pioneers finished the regular season 13-9 overall and 9-3 in region. Lehi now looks ahead to state where they were given an arguably controversial 7 seed for the tournament. Three teams in Lehi’s region were given higher seeds. The Pioneers are on a four-game winning streak and will look to extend the streak in the first round of state vs. the Park City Miners on Wednesday, Feb. 19, in Lehi. If the Pioneers win, they will play at home again on Friday, Feb. 21, vs. the winner of Mountain Ridge and Bountiful. If they win that game they will be in the quarterfinals on Tuesday, Feb. 25, at the University of Utah.