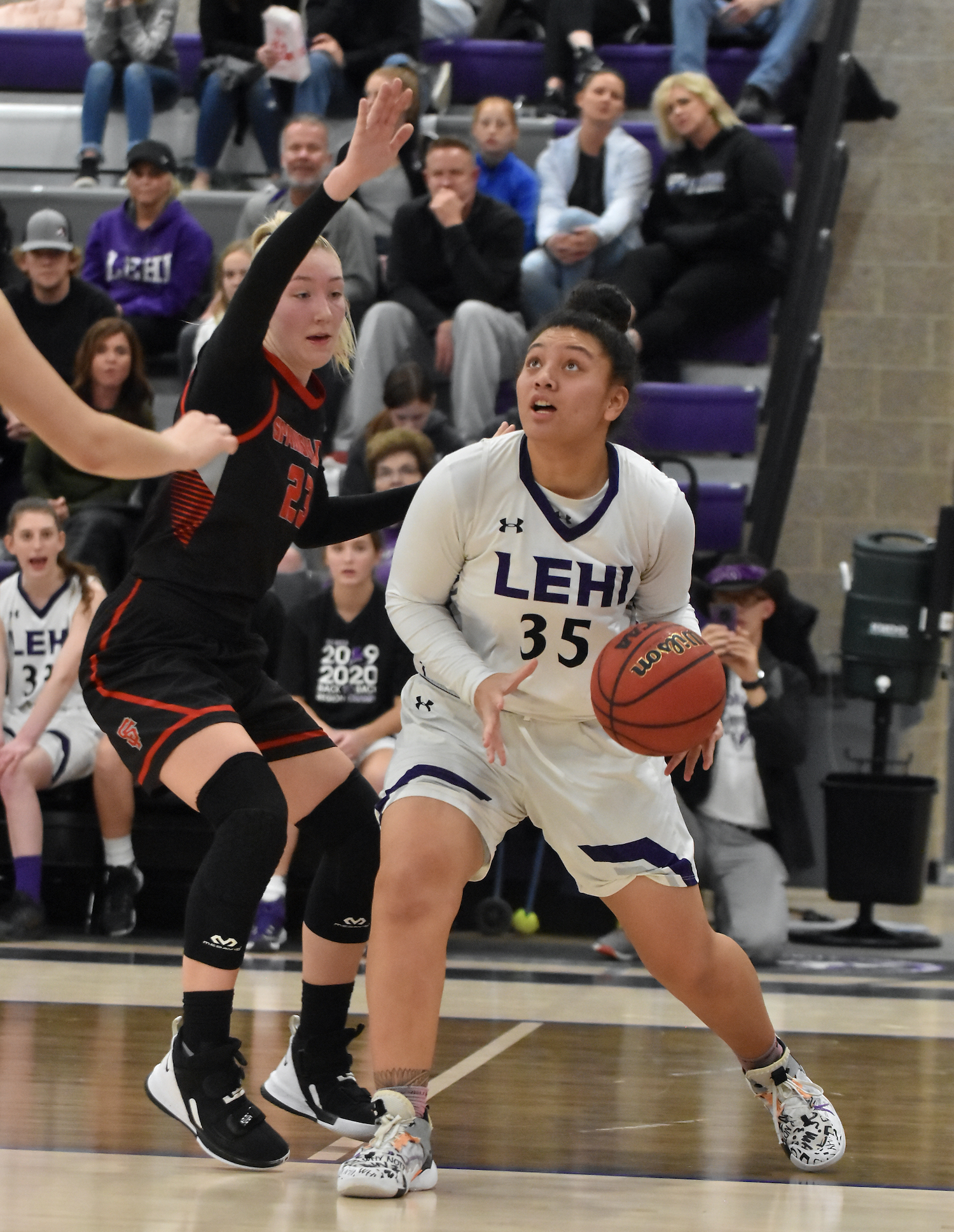 The No. 1 seed Lehi Pioneers rolled over former 4A region foe Spanish Fork, 69-43, in the second round of the girls state basketball tournament.

Their lofty seeding gave the Pioneers a bye in the first round of the tourney and the opportunity to host the Dons on Thursday night, Feb. 20.

The first quarter got off to a slow start for the Pioneers and they found themselves in an unfamiliar position, trailing by 5 points with about a minute left in the first quarter. However, a quick 12-0 run spanning the end of the first quarter and the first couple minutes of the second quarter gave the girls the momentum they needed.

It started as Brinly Whiting made an acrobatic reverse layup, followed by 3-point baskets from both Macie Warren and Maddie Warren. The run was capped by Brinly adding another layup and Lila Galeai making two free throws to give the Pioneers a 20-13 lead.

Lehi had to battle through foul trouble in the second quarter as the Dons’ physical play led to a lot of fouls. Macie Warren and Galeai found themselves saddled with three fouls each midway through the quarter, which put a damper on the momentum Lehi had been building. Despite the foul trouble, Lehi was able to post a 29-23 lead at the half.

Lehi came out in the third quarter with guns blazing. Galeai got things started quickly on the first possession with a nice scoring move to the basket, followed by a steal and layup by Jamisyn Heaton to push the lead back to 10. After Spanish Fork made a 3-pointer and a free throw, Lehi put together a 16-2 rrun to push the lead out to 49-29. Heaton made two 3-pointers to get the run started, and both Warren sisters added a 3-pointer and a layup in transition to give the Pioneers the 20-point advantage. Macie Wall’s 3-pointer in the final minute made it a 25-point third quarter for the Pioneers.

Lehi kept up its high-pressure defense, only allowing 7 points in the fourth quarter to secure the win.

Lehi was led in scoring by Maddie Warren, who had five 3-pointers on her way to 25 points. Heaton chipped in 15 points and 10 rebounds, and Macie Warren had 14 points, including four 3-pointers.

With the win, Lehi moved on to the quarterfinals to face defending state champion East High, the No. 8 seed, on Tuesday at University of Utah’s Huntsman Center.