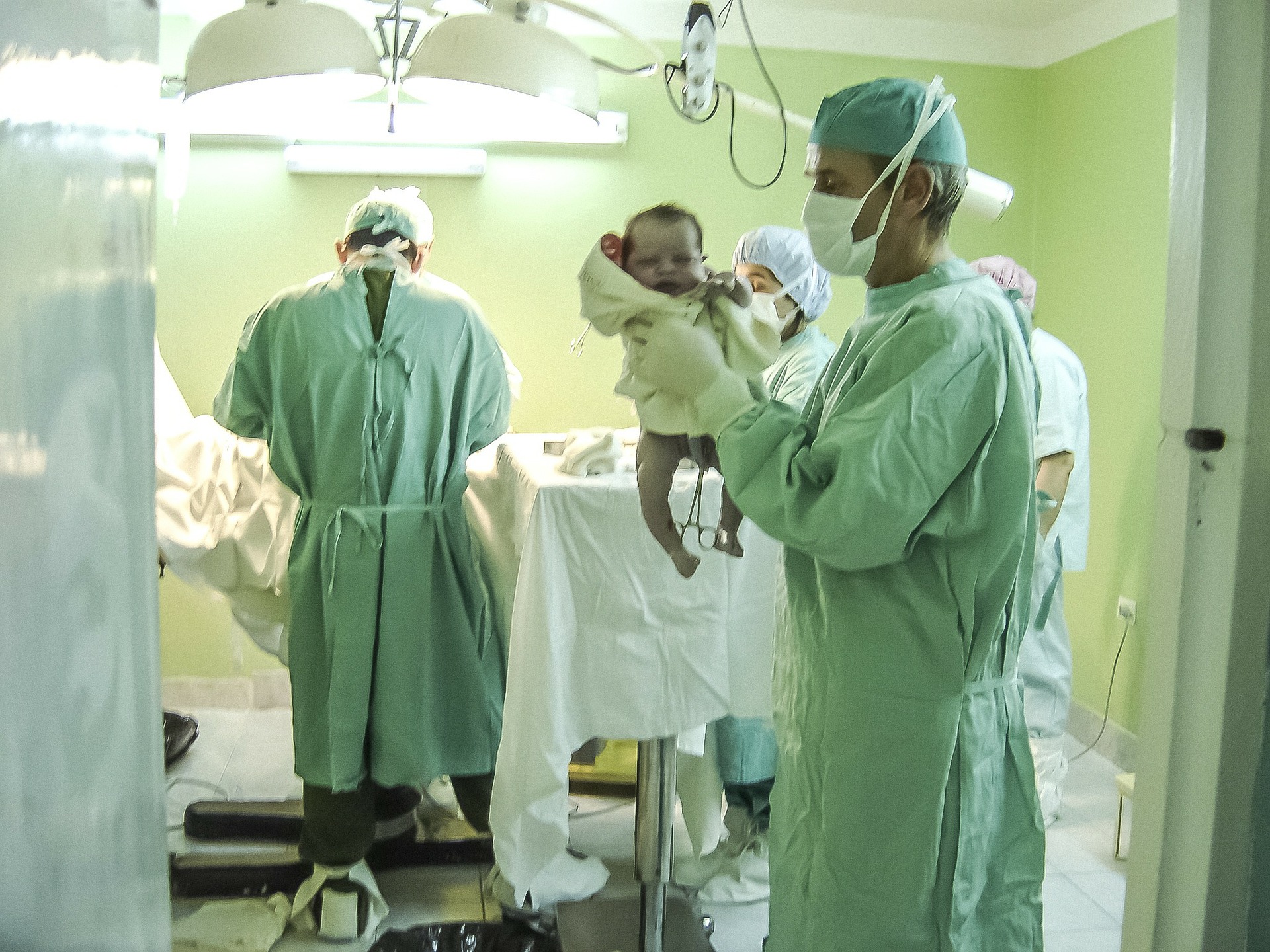 Almost a month after she gave birth to her son, Lydia Ross’s parents still haven’t met her new baby.

“It is a little hard not to be able to share my new baby with family members or close friends,” Ross said.

Isaac Ross, her second child, was born on March 17, about a week before her scheduled cesarean section. Giving birth during a worldwide COVID-19 outbreak, Ross said, has made the experience different than it was with her first child.

The hardest part, she said, has been changes to visitor policies. When she first entered Orem Community Hospital to give birth, she was allowed two visitors at a time, and no young children. That policy was soon changed so that only her husband could visit.

The day that she heard her birth plan would be adjusted was the same day that her father was waiting to hear back if someone at his work had been diagnosed with COVID-19. The coworker ended up testing negative, but Ross was worried if that meant her family wouldn’t be able to help.

At the time, Utah only had a handful of COVID-19 cases.

“I feel like I’m lucky that I slipped in before things got really crazy,” Ross said.

While at the hospital, she said an administrator went into her room while seeing how many beds there were.

“We of course knew they were counting beds so they would know how many hospital beds we had in the state,” Ross said.

“When you have a new baby, you kind of isolate yourself, anyway, but I would have let family or close friends come and visit,” Ross said.

The situation, she said, hasn’t been ideal. Her husband has been running the family’s errands, but there’s still the fear they could be exposed to COVID-19 anytime someone in the household goes out.

“I was a little concerned, but we have been pretty quarantined already because we kept having colds all winter long,” Ross said.

She’s at additional risk because of her asthma, which flared up a week after giving birth. Ross ended up in the emergency room with her symptoms.

“I knew that I didn’t have coronavirus, but I had to go in isolation tents and to the quarantine side, and everyone who came in and saw me was suited up,” Ross said.

She left the hospital a few hours later and was given steroids, which she said compromises her immune system further.

Ross feels grateful for hospital staff, especially as they deal with COVID-19, and feels lucky that her husband has a job and good paternity leave. Some of her other friends who are expecting, she said, aren’t allowed to have their husbands in the room when they find out their baby’s sex.

As more cases appear in Utah and restrictions continue to go into effect, more expecting mothers have been examining other birth options.

Heather Shelley, a certified professional midwife, a licensed direct entry midwife and a registered nurse at Birthing Your Way, a birth center in Lehi, said she’s received more calls from people who don’t want to give birth in a hospital.

Restrictions limiting moms to one support person during births, she said, can exclude doulas, photographers and family members.

Shelley explains to expectant mothers that sick people aren’t treated at the birthing center. They haven’t restricted how many people can be in a room for a birth, unless the visitor is sick or lives with someone who is. Sick visitors are not allowed at prenatal appointments, and mothers are asked not to bring children, either.

“We don’t want to risk any contamination that way,” Shelley said. “We are not limiting who they are bringing to the birth, if they are healthy.”

Before, Shelley said the same individuals would haven’t been interested, or brushed the options off.