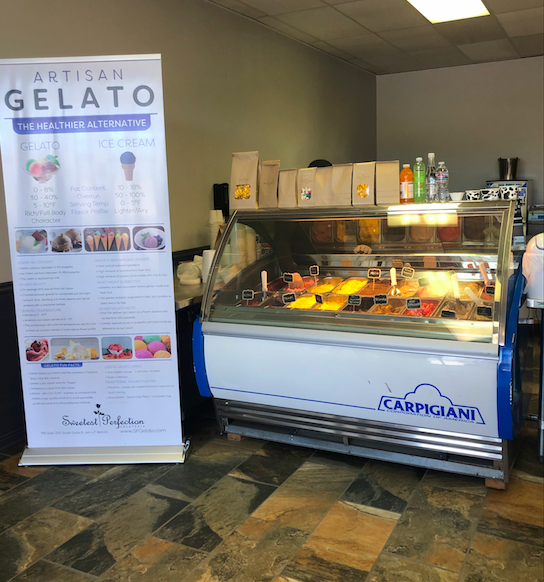 After traveling to Italy on their honeymoon, Lehi residents Wesley Stevenson and Becky-Blair Stevenson fell in love with gelato. Now, the Stevenson family has brought that true Italian treat to Lehi Main Street.

Wesley Stevenson recalls his honeymoon cruise “around the boot” of Italy being the moment when he truly fell in love with Italian ice cream, or gelato. Sitting in Venice with his wife Becky, their eyes bulged over the new and exciting tastes, a passion was born. In the years since his honeymoon, Wesley has traveled back to Italy each year to attend international conventions focused on gelato, chocolate, and coffee. He attends classes on how to make the world’s best gelato to learn more about the sixteenth century treat.

The Stevenson family lived in California when their son competed in a baseball tournament in Park City. After visiting Utah, the family was hooked, and decided they wanted to permanently relocate. They bought a home in Cranberry Farms at Thanksgiving Point as a surprise to the children and moved to Lehi. Since living in the area, Stevenson’s son has played on the Lehi High School football team and the family became involved in the community, a major factor in the opening of the gelato shop. “My wife said we need to do this, we need to be involved in our community and open something that will add to it,” said Wesley.

“I’ve always wanted to help people out and make people happy,” said Wesley Stevenson. “I’ve never seen a person in the world who can eat gelato and not be happy.”