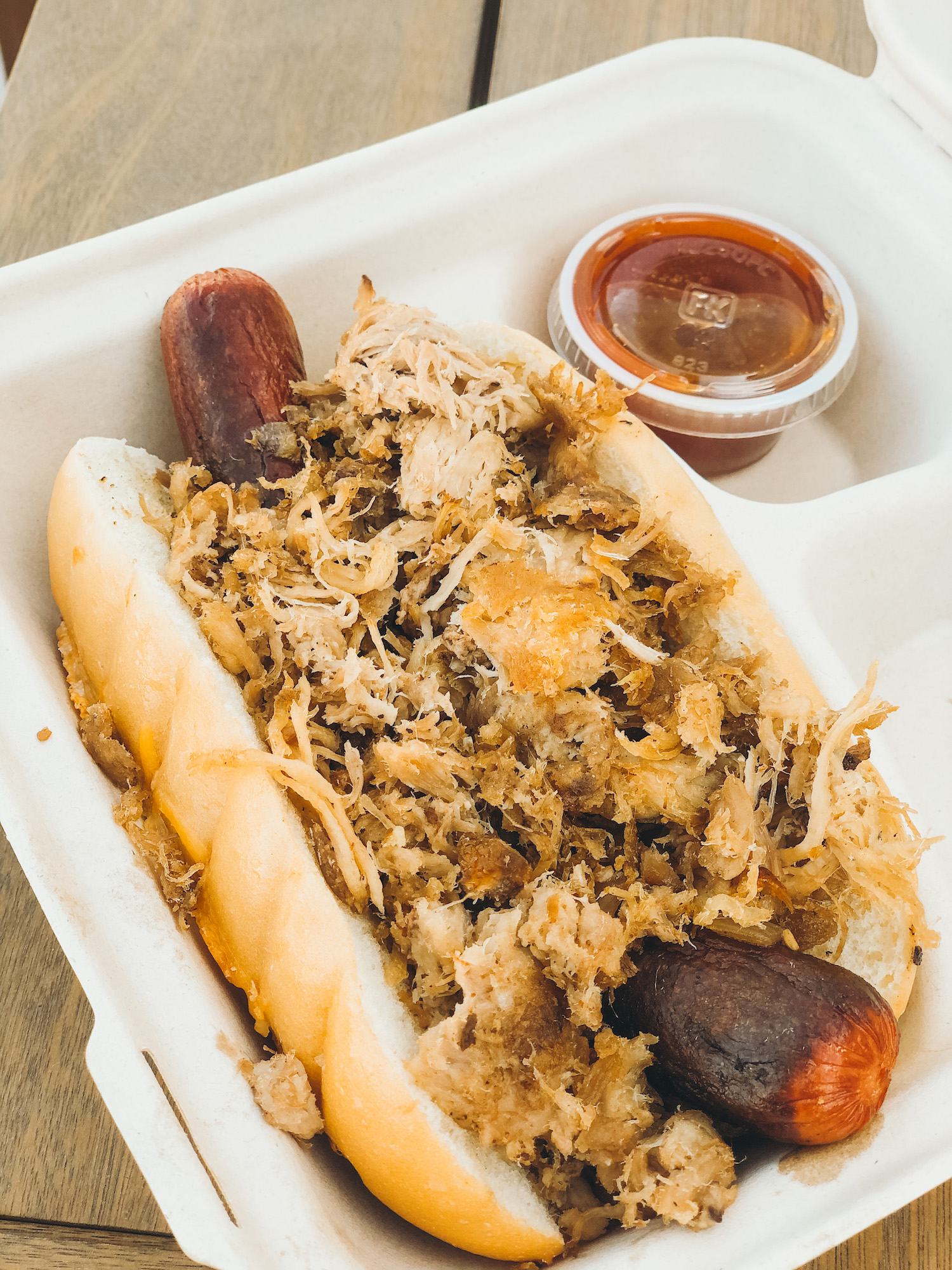 Last Friday night, the sun was out and we were hanging out with a few neighbors outside when dinner time came. I had recently driven past Porky’s Kaua’i, a new restaurant that opened in early March in the Macey’s shopping center on Lehi Main Street, and suggested we order take out from there. A few friends called in their orders and I drove to get the food.

Walking in the door, I could tell this was going to be good. The restaurant is decorated nicely with a Hawaiian theme, and with the slogan, “aloha in a bun,” the smell of island pork hits you as soon as you walk inside. When you first look at the Porky’s menu, it might shock you to see how limited the options are. However, this is actually incredibly convenient. Lehi resident Autumn Hewlett commented on how relaxed she felt after seeing she only had to pick from four items. “I love when restaurants have small menus,” said Hewlett. “That way I know that everything on there has been dialed down to perfection.”

And so it was! We ordered all four of the Porky’s Kaua’i entrée options and were blown away with all four. Porky’s Kaua’i meat-focused dishes spectacularly tackle the balance of being rich and tasty without making you want to take a three-hour nap after dinner. The secret to the flavor is their homemade sauce, which comes in sweet and spicy (we recommend sweet) to dip each delectable bite in.

The crowd favorite for this bunch was the “Number Three” or the grilled cheese. Filled with juicy Hawaiian pork and grilled to perfection, we were fighting over the last bite. Not on the menu but available by request, the kids’ grilled cheese was also very tasty and had a few of the adults waiting to see if their kids were going to finish their food.

Porky’s Kaua’i adds a new flavor to the Lehi food scene, one that we were sorely missing. We will definitely be back within the week for another grilled cheese.