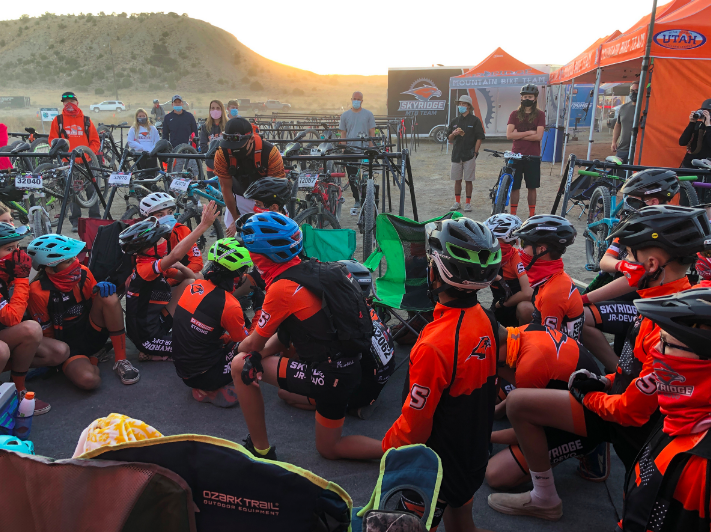 The two Lehi-area teams each earned a close second place, Skyridge in Division 1 and Lehi in Division 2, in the second South Region event of the fall secondary school mountain biking season, held Sep. 5 in Price.

The Falcons again finished second to American Fork, but this time the difference was just five points as the Cavemen tallied 4580 to 4575 for the Falcons. Senior Brelynn Draper in varsity girls and junior Sam Gardner in varsity boys were the top points contributors for the team.

Sophomore Brendan Jones was second in the JV A Boys D1 race and was Skyridge’s top placer in a boys event. Sophomore Isabelle Brown won the JV B girls race and is also the points leader in this division for the Falcons.

The Pioneers tallied 2309 points, switching spots with Snow Canyon at 2314 after another tight battle with the Warriors.

Senior Ashley Gonzalez came in second for Lehi in the girls varsity race. Adams and Gonzalez were the top points contributors for Lehi.

These local bikers won their individual events in the developmental divisions:

Team scores are cumulative points awarded for top results in varsity and JV races. There are developmental events for those in grades 7-9.

Participants were drawn from grades 7-12 and are assigned to divisions by grade and experience level. There were 1066 entrants in this event.