Get to know Chris Rawlins, candidate for House District 6 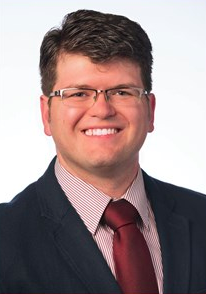 Chris Rawlins: I am a native Utahn. I grew up in Orem, and now live in Lehi. I attended Brigham Young University, and then went to law school at Georgetown University in Washington D.C. I am married and have three beautiful daughters. Among other things, I enjoy sports, cycling and amateur astronomy.

LFP: Why are you running for the legislature?

CR: Because I feel that our government can be better, and I could help achieve that as a legislator. Right now, we have a largely one-party government, whose candidates are chosen in a closed primary. Many run unopposed in general elections The legislature doesn’t pass measures that the majority of the people want, and then when the people do so themselves through ballot initiatives, the legislature works to limit or repeal them. I have not felt represented by our legislature. I feel like both democrats and republicans are moving further to the left and right, respectively. But I found myself in the middle; sometimes I like solutions proposed by republicans and sometimes those by democrats, but generally I would like both sides to set aside ideological battles and focus on coming up with solutions that work.

United Utah Party leadership reached out and asked me if I would be interested in running. Originally I wasn’t planning on it, but as I considered the upcoming election and all of my feelings above, I decided that if I wanted anything to change, I needed to be willing to help make it happen.

LFP: What is the UUP and why are you a member?

CR: The United Utah Party is a political party that aims to be in the middle, for people who don’t feel at home in either of the main parties. It has been around for a few elections now, though it is still relatively new. I actually heard about efforts to form the party and signed the petition to create it. I was drawn to the party’s message of practical problems solving and government reform. The more I became involved in the party and its other members, the more I became more convinced that it was the party I wanted to be a part of.

LFP: How do you think the state has handled the Coronavirus so far? Would you support a state mask mandate?

CR: I’m worried that from the beginning, our country’s response to the coronavirus has been made into a political fight, and I’m afraid that has impacted our state as well. I definitely trust the experts. I think that at times the messaging from the government has been confusing and not strong enough. I would support a mask mandate for indoor, public places if experts felt that doing so would increase mask wearing (I have seen some news reports that indicate that mask mandates do increase mask wearing and help control the spread of the virus).

LFP: In your opinion, what is the largest issue facing the state?

CR: How to handle our anticipated growth. This affects everything from infrastructure, to energy, education, housing, and budget. Utah and Utah County is changing. Some people might not like that, others might be excited about it. Either way, we want to adopt public policies that will encourage growth in ways that create a place where we will all want to still live.

LFP: What would be your top priority if elected?

CR: Government reform. We need to make changes that will help the system be better. We need to have ranked choice voting to break out of the two-party system. We need to protect the independent redistricting initiative passed by voters. We need term-limits to protect from special interest influence and make sure our representatives continue to represent us.